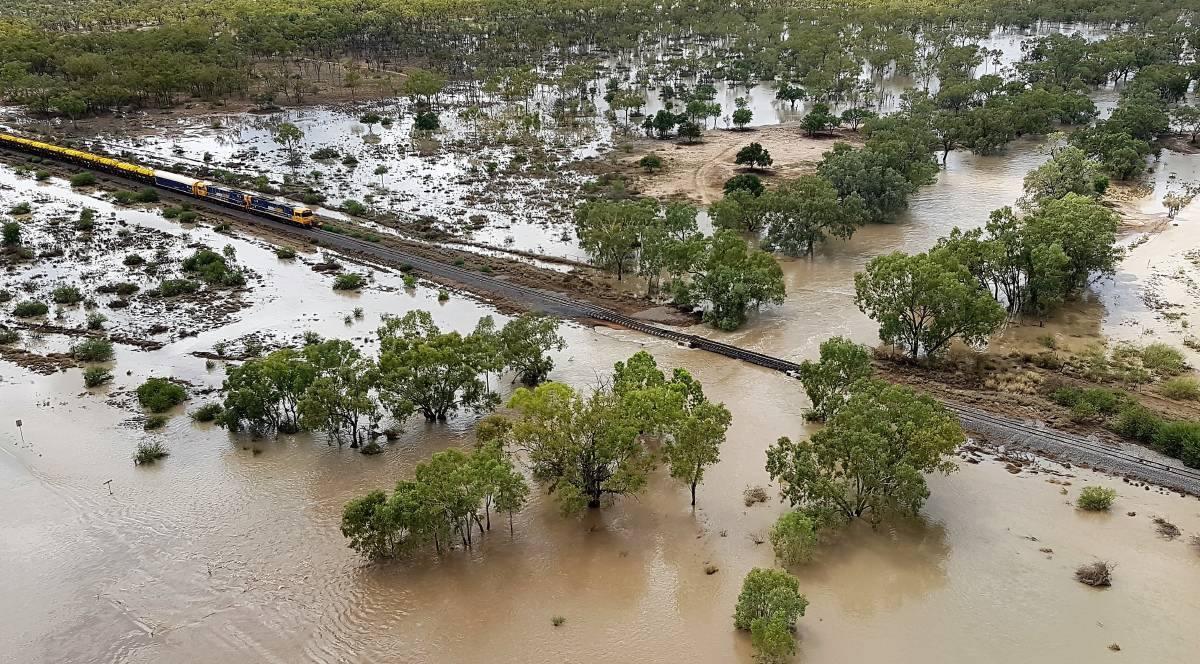 An aerial view of the track damage at Prairie Creek. Picture - Jane McNamara.

The incident occurred at about 6.30am on Sunday morning during flash flooding following heavy rain in the region.

It's understood that floodwaters washed out ballast on the track, and that quick action by the train driver prevented a disaster from occurring.

Although the train travelled a small way along the washed out section, it was able to stop before it became unstable, and has since been set back safely.

All freight trains on the line are accounted for and stabled in dry locations.

According to Queensland Rail's regional head Jim Benstead, flood waters are impacting the Mount Isa line between Charters Towers and Hughenden and the line is currently closed between Townsville and Mount Isa.

"Our crews are monitoring the situation and undertaking track inspections where conditions allow," he said.

"Detailed track inspections in some areas - including at Prairie - cannot take place until flood waters have receded and we have visibility of the track.

"We will work to re-open the line as quickly as possible once if it safe to do so."

The west-bound Inlander passenger train was held at Cloncurry on January 26 due to potential flooding on the network and customers were provided alternative transport to complete their journey to Mount Isa.

The train is now safely stabled at Cloncurry.

Flinders shire mayor Jane McNamara said the section of track washed out at Prairie hadn't been impacted or repaired by flooding in February 2019.

"It would have been inspected after the event," she said, adding that any repairs needed to think about betterment and include culverts that would let the water get away.

"In places the water was 150-200mm over the highway for up to two kilometres in length," she said. "It would be fine if there were only 50mm falls at a time but upstream had between 125mm and 200mm and flash flooding."