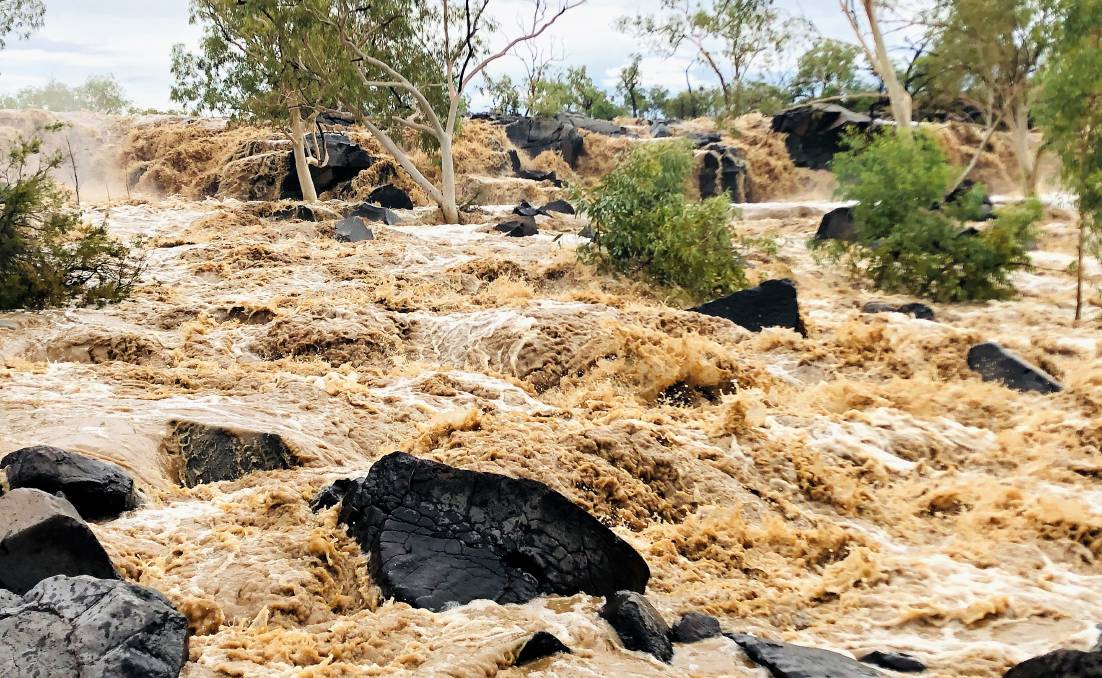 Up to 300mm of rain has been recorded in places north of Hughenden and Prairie in the last week, with isolated storm cells resulting in flash flooding in parts.

Up to 300mm of rain has been recorded in places north of Hughenden and Prairie in the last week, with isolated storm cells resulting in flash flooding in parts.

Despite that, an area to the south of Hughenden remains in a rain shadow, with a number of properties recording between 20-30mm total in the same timeframe.

Among those experiencing 300mm at the homestead were Brett and Sharon Forse, who have lived at Blantyre north of Praire for 13 years.

They said it had been too wet and too much of the road had washed away for them to be able to get to the northern end of their property.

"We seem to be in a pocket," Sharon Forse said.

"My husband has been for a fly in a helicopter and we've opened a couple of fences up.

"There's not much else we can do but we're lucky we have sand ridges that cattle can get onto.

"We're much more fortunate than those on black soil flats when it comes to this much rain." 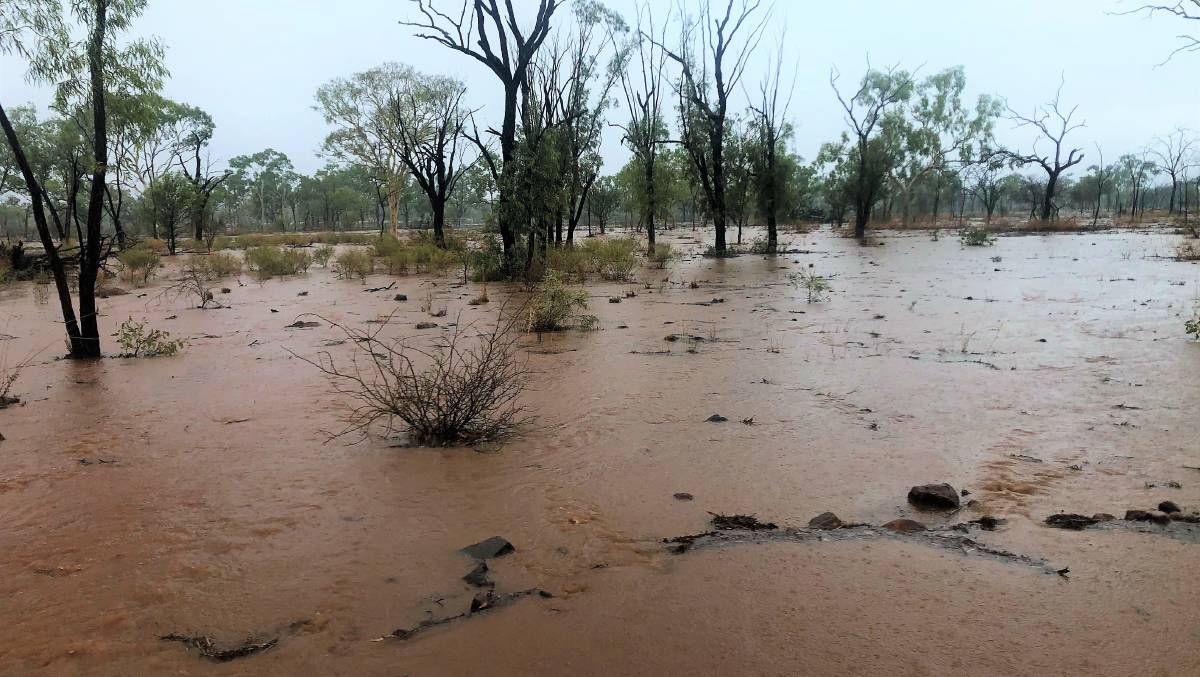 Paddocks on Fairlight Station north of Hughenden were drenched after weekend rain.

Ms Forse said they knew they would have fence and road damage but the people their hearts went out to were those to the south who were still waiting for decent rain.

Even a close neighbour, Kirby Smith at Spring Hill, had rain that varied from 55mm to 250mm.

"I've been under a few showers, it was a pleasant surprise," he said. "It wasn't so heavy Torrens Creek way."

Mr Smith said floodwaters in Bullock Creek had been higher last week than they had been during the 2019 monsoon event, but only for a short period.

"It was like a big wave coming down," was how he described it, adding that getting a large amount of rain in one fall meant a lot of it ran off.

"Steady rain would do us more good but we're not complaining," he said.

Tanya and Mike Murphy are 160km north of Hughenden on the Hann Highway at Maiden Springs and have had 150mm total, with 74mm falling on Sunday night.

"It was a bit slow coming but thankfully it's happening," Ms Murphy said.

"We were very dry before this - we'd trucked 600 head to a feedlot, and the cattle were rapidly going through the lick.

"It's still very patchy though - I was talking to a Forsyth friend who has only had 7mm."

At Fairlight, also north of Hughenden, Courtney McArthur who is managing the property with husband Will McArthur for Lloyd and Zabby Appleton, measured up to 293mm since last Wednesday. 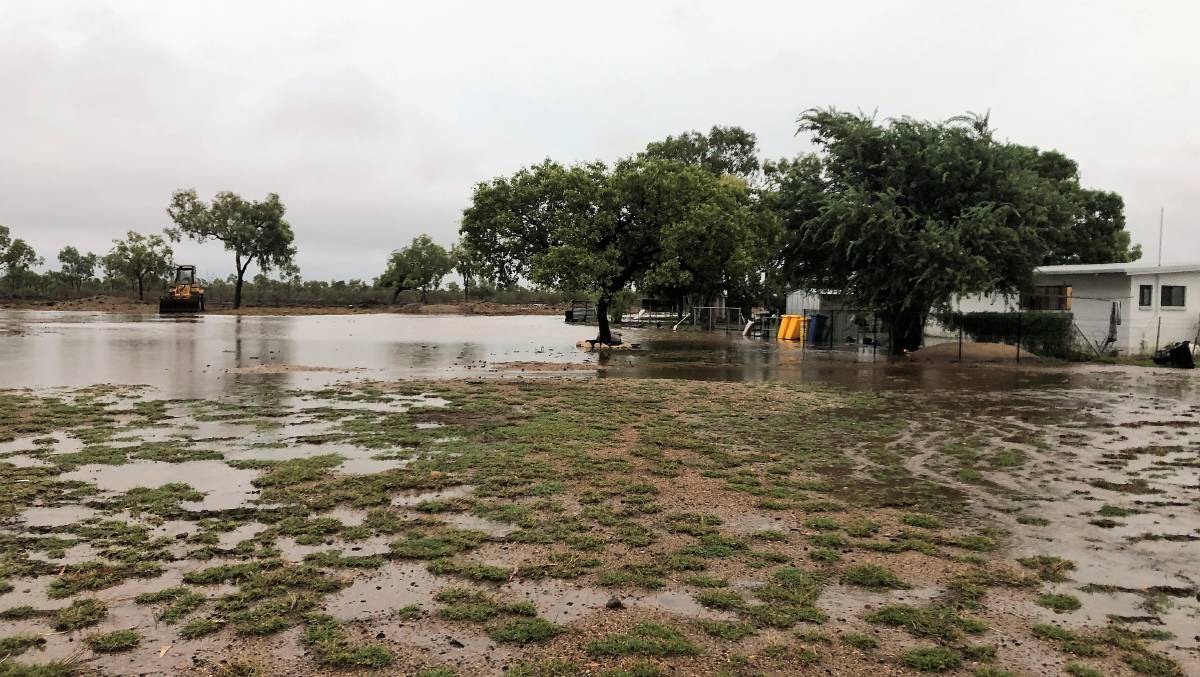 Localised flooding at the Fairlight homestead on Sunday.

Emphasising the storm-like nature of the system, some paddocks had received 100mm while two dams on the property have been filled and another two had no run-off at all.

Ms McArthur's parents, Peter and Marie Atkinson at Barragunda, south of Hughenden, have so far recorded only 20mm of rain.

Another still waiting for decent falls is Colin Delahunty at Rockwood, who said 80 per cent of his property south of Hughenden had between 20-30mm last week.

"Eversleigh had 50mm. It will start some grass growing but not a lot, so I'm still waiting," Mr Delahunty said.

He recorded a grand total of 225mm in 2019, 42mm being his biggest fall, and has had cattle on agistment for six years.

"This is even bigger than the Federation drought, going on our records - we've got 10pc of our herd left," Mr Delahunty said. "I won't be complaining if the weather hangs around."

The Bureau of Meteorology has predicted showers with some heavy thunderstorms for the rest of the week, thanks to a tropical low pressure system over the north eastern Northern Territory near the Queensland border moving slowly north towards the Gulf of Carpentaria.

It said a monsoon trough was extending from the low towards the coast near Townsville and the trough would strengthen during Monday with heavy falls likely near the trough.

Moist and unstable air through most of central, northern and south western Queensland would support shower and thunderstorm activity and at 3.05pm on Monday a severe thunderstorm warning was issued for people in parts of the northern goldfields and upper Flinders and central west forecast districts.

Severe thunderstorms are likely to produce heavy rainfall that may lead to flash flooding in the warning area over the next several hours.

Locations which may be affected include Winton, Hughenden, Richmond, Pentland, Muttaburra and Stamford.

Between noon and 3pm on Monday, 62mm of rain had fallen at Winton.