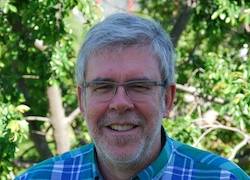 There is now talk that the Australian wheat crop will end up under 15mt.

The final size of the Australian wheat crop remains under pressure as WA downgrades the estimate of its crop by another 470,000 tonnes to 5.38 million tonnes, down 4.77mt on last year's crop.

Wheat exports from Australia (June to July basis) have also been revised down to a 12-year low of 9.22mt, and down 580,000t year on year. Previously there had been an expectation that wheat exports would lift slightly this year, but pressure on WA production is putting an end to that view.

The tightening numbers have put more strain on the market within Australia. If WA production is down to 5.38mt, exports might not be able to be much more than 4.4mt. It also means that it might not be sensible to keep shipping grain from WA around to the east coast.

The other conundrum is that if production is only 15mt nationally, and we consume 8.4mt locally (USDA estimate), there should only be 6.6mt of exports generated from this year's harvest. That leaves 4.7mt of exports from SA and Vic if we allow for 450,000t of imports.

The decline in the WA crop has now put the focus on how little wheat should be shipped from WA to eastern states. In turn that means the market will have to price itself to replace that wheat with imports from Canada, rail movements from SA, and road and rain movements from Vic.

As we head into the end of the year, the market is reacting by lifting prices in northern NSW. This will assist in making imports more attractive, and in getting grain to move from Vic northward.

At the same time WA prices are lifting, as the trade reacts to lower supplies and compete to accumulate grain for export and local domestic use. The price differential between Kwinana and northern NSW now looks too tight to be attractive to ship grain from west to east.

That leaves the pressure on SA to move grain east. At the moment we have a nominal $90 a tonne spread between Port Adelaide basis pricing and Newcastle basis pricing. This should be enough to get grain moving by rail.

Sponsored by
Six saleyard records were broken at the Mareeba prime and store sale on Tuesday.
Test
Alan and Jennifer Acton, Wilpeena, Dingo, have paid $6.5 million for the 1334 hectare freehold property Maynes.
Test
Three Far North Queensland families are trailing edible pumpkin seed crops for the first time.
Test
Meteorologist Sarah Scully said the rain will affect New South Wales, Queensland, the ACT and parts of Victoria during the Bureau of Meteorology's severe weather update on Tuesday.
Test
Queensland Reds connect with rural communities through cross-regional tour.
Test
EYCI now at a new record of 1111c
Test
The organisers of the largest rodeo in the Southern Hemisphere announced the creation of 'Road to Rodeo - An Isa Rodeo Experience'.
Test
Kennedy MP Bob Katter has lashed out at COVID rules after being thrown out of a New South Wales pub despite being doubly vaccinated.
Test