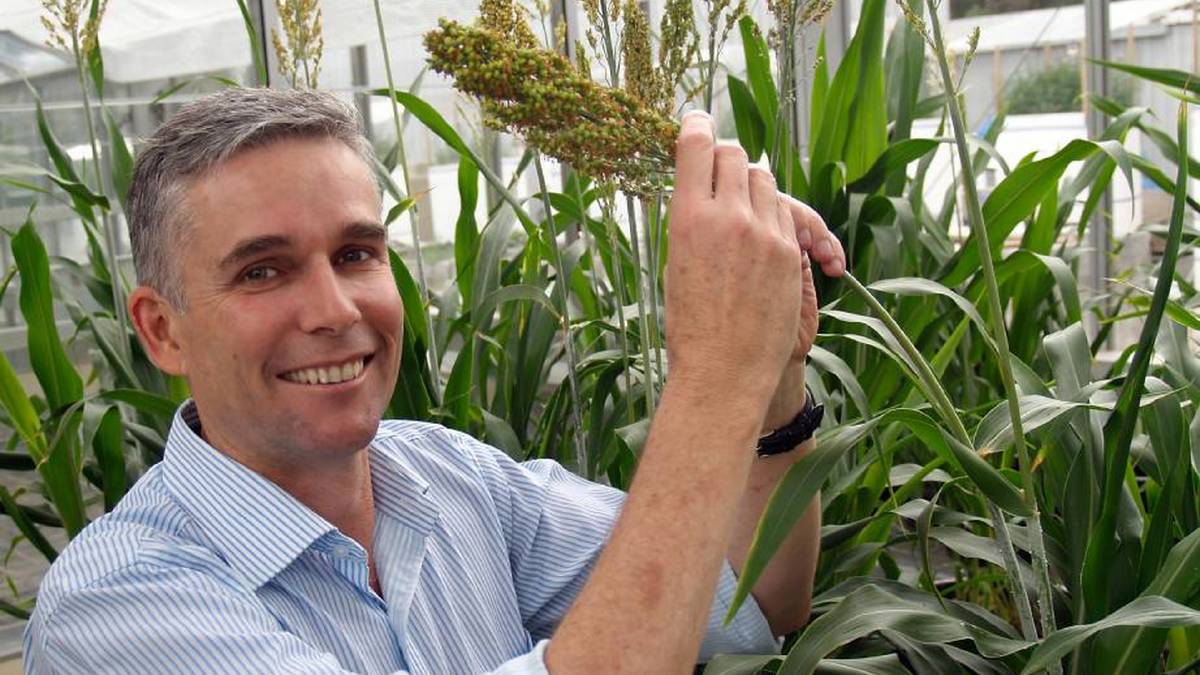 FEEDING THE WORLD: Professor Ian Godwin from the Queensland Alliance for Agriculture and Food Innovation has revealed a sorghym with 15-16 per cent protein.

A new sorghum has been revealed at TropAg 2019 with a staggering 15-16 per cent protein.

RESEARCHERS have achieved a major breakthrough in sorghum, elevating the protein of the globally important cereal crop from 9-10 per cent to a staggering 15-16pc.

The breakthrough was revealed by Professor Ian Godwin (pictured) at the TropAg 2019 conference in Brisbane, following research carried out by the Queensland Alliance for Agriculture and Food Innovation.

The development has the poultry and pigs industries particularly excited, as well as beef feedlots.

The increase in protein is expected to result in about a 50c/head reduction in the cost of producing a 2kg meat bird.

The breakthrough is also expected to generate big interest in the 46 Sub-Saharan African countries, where an estimated 500 million people rely on sorghum as a food source.

The development has the poultry and pigs industries particularly excited, as well as beef feedlots.

Professor Godwin said the genes of the sorghum plant had been edited to unlock the digestibility level of the available protein.

"Gene editing has enabled us to knock out some of the existing genes," Professor Godwin said. "That has increased the digestibility of the crop."

The first outdoor trial crop will be planted at the University of Queensland's St Lucia Campus in Brisbane next week. To date, the gene edited variety has only been grown under greenhouse conditions.

The new, high yielding gene edited sorghum is being developed in partnership with Pacific Seeds, with further development work expected to be carried out in the US. 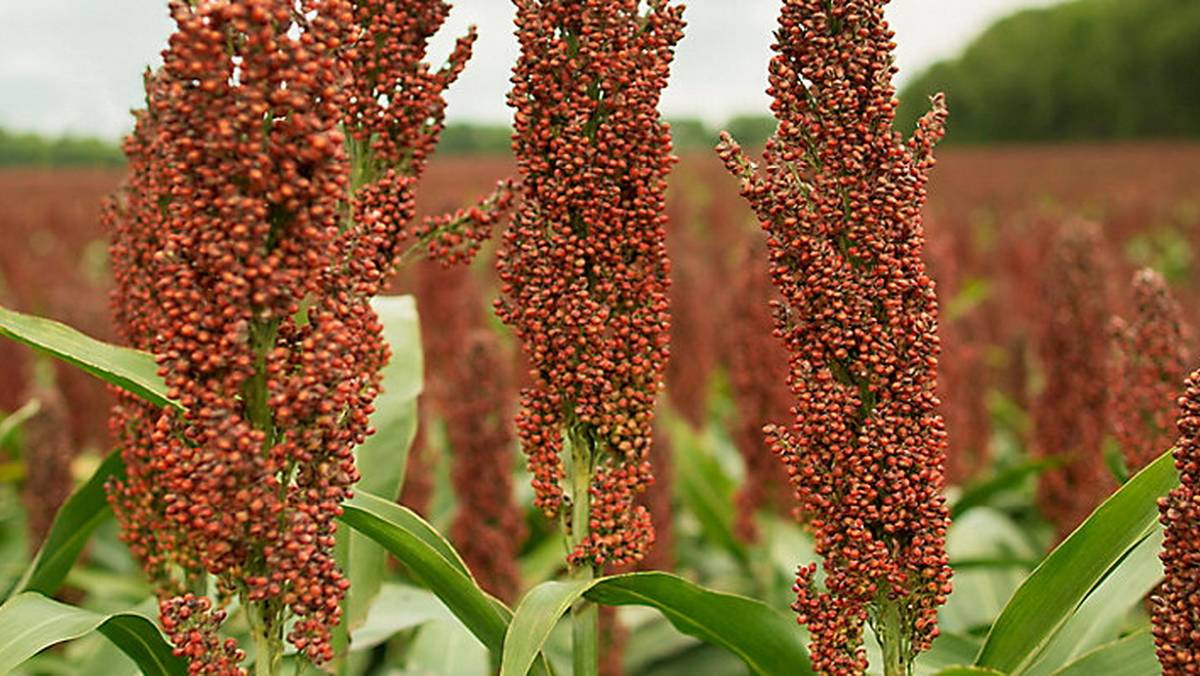 Further development work of the new sorghum is expected to be carried out in the US.

Professor Godwin - who has more than 20 years experience in plant biotechnology research - is well known as the author of Good Enough to Eat?, a book about new genetic plant and animal breeding technologies.

Good Enough to Eat? charts the history of genetically modified foods from the laboratory to the global dinner plate, and outlines the huge potential of new gene editing technologies, such as CRISPR.

According to livescience.com CRISPR technology is a relatively simple tool for editing genomes. It allows researchers to alter DNA sequences and modify gene function, which can be used to improve crops. The technology was adapted from the natural defense mechanisms of bacteria and archaea.

Professor Godwin said he hoped the book was helping to end fear and misinformation generated by "fake news" about the safety of genetically modified foods.

"If we are to produce more sustainable and nutritious food to meet the growing global demand - in the face of challenges from pests and diseases, eroded soils, lack of water and climate change - we need to be able to take the best from the latest genetic technologies and from organic and agro-ecological farming practices," he said.

Professor Godwin cut his teeth on plant genetic engineering at Birmingham University in the UK in the 1980s. Since 1990, he has held an academic position in plant molecular genetics at the University of Queensland.

His research involves the use of biotechnological tools for crop improvement, with emphasis on the sustainable production of grain crops.

The major focus is on the improvement of crops for food, feed and bio-industrial end-uses, including bio-fuels and bio-materials.

Research projects include international collaborations with a focus on food security and plant genetic resource conservation with collaborators in the US, India, Africa and Pacific Island countries.

Professor Godwin is also passionate about the public communication of science, including genetics, GM plants and food, animal cloning, and the future of agriculture in a changing climate.