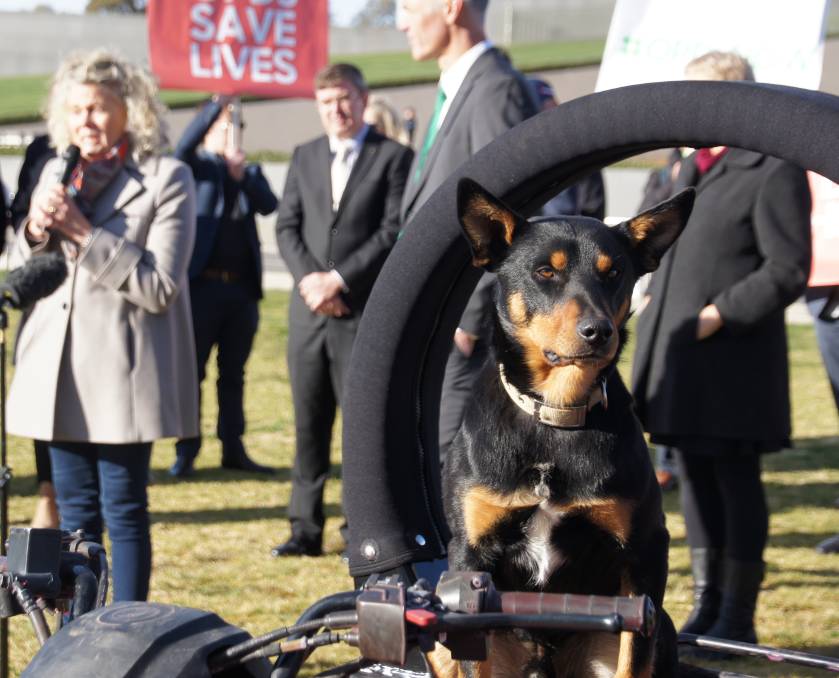 They are rallying behind the Australian Competition and Consumer Commission's inquiry report, issued in February, which recommended government mandate roll-over protection on all new quad bikes sold in Australia.

However the government responded to the report with an unexpected request, for the ACCC to conduct an unusual third round of community consultation. Assistant Treasurer Micheal Sukkar, who is responsible for the ACCC, has said he would assess the latest round of consultation and respond in coming months.

"I've worked in rural Australia for nearly 20 years and I've seen many deaths from quad bikes, and many serious injuries that could have been prevented by operator protection devices," Dr Coltzau said. Since 2001, 230 people have been killed on quad bikes. About 60 per cent of all quad bike accidents are caused by roll-over.

There have been seven deaths on quads or all terrain vehicles this year. The ACCC said each year the vehicles are involved, on average, in 16 deaths. Each day they are involved in 16 visits to emergency wards and two hospitalisations.

"There's over 650 hospitalisations a year, and tragically on average 16 deaths a year," Mr Jones said.

"I don't know what it will take for the parliament to act... I can't for the life of me understand why we don't have the support of the national parliament on this." 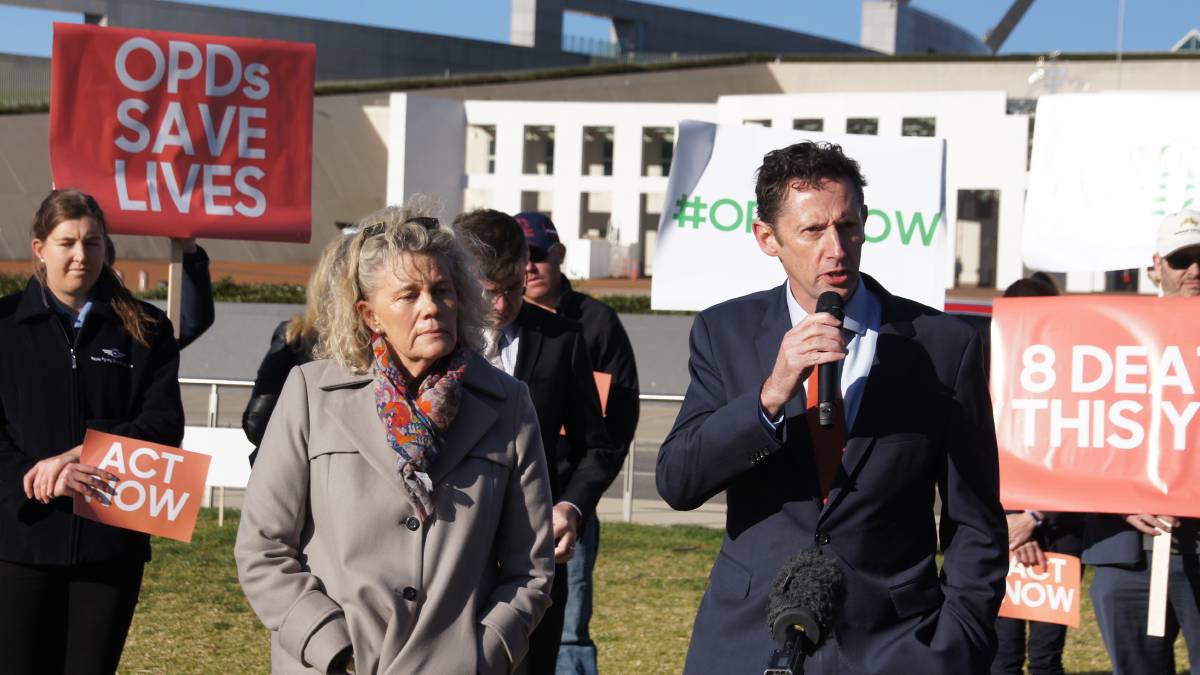 "There is such a simple solution and we know it will save lives. We need to act because there are people dying unnecessarily," Senator Rice said.

There has been speculation that quad bike companies oppose mandatory roll-over protection due to the risk it could open the door to costly liability claims for roll-over fatalities.

Prominent manufacturers Honda and Yamaha have dismissed the need for roll-over protection.

They argue safety data shows roll-over protection can actually cause safety risks and that behavioural changes such as helmet use, as well as preventing children and passengers from using quad bikes, would be more effective.

"We reject their fear campaign. It's similar to the one tractor manufacturers mounted in when we mandated roll-over protection devices on tractors, which saw deaths reduced by 83 per cent in the following 12 months," Ms Simson said.

In July the US referred Australia's mooted ban to the World Trade Organisation as a potential trade barrier.

"The United States has had a number of quad bike deaths and there's a feeling that an admittance by the manufacturers that a roll-over bar needs to be fitted might be about the legal aspects of the situation," Mr Coulton said. 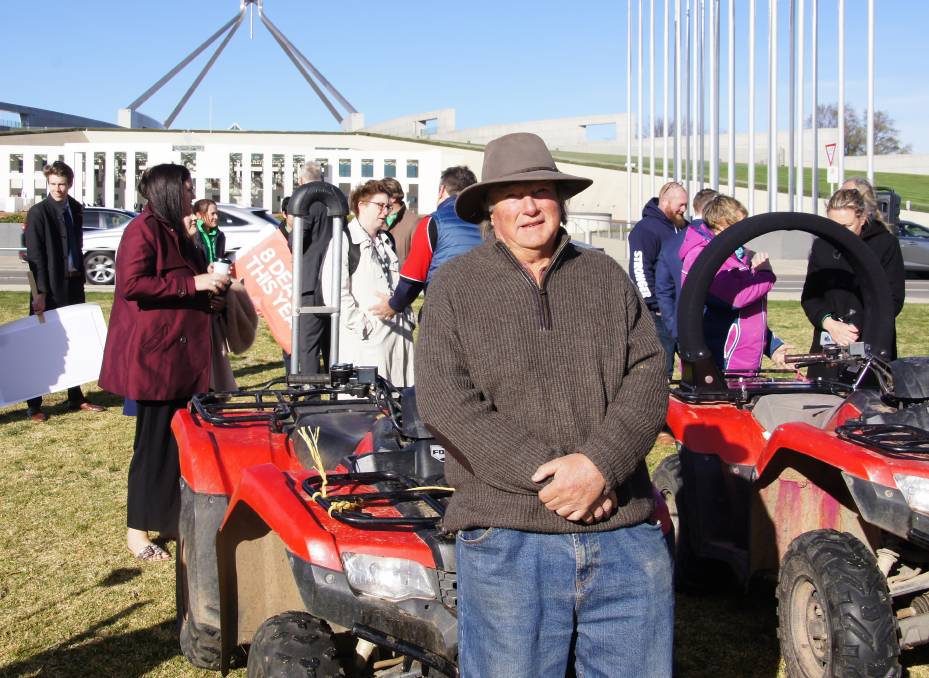 We need protection: Dalgety, NSW, farmer Richard Wallace said an accident he had 20 years ago had shown him the need for roll-over protection.

Dalgety farmer Richard Wallace said an accident he had 20 years ago, driving back with an empty tank after spraying serrated tussock, had shown him the need for roll-over protection.

"I went to take off and the bike collapsed into a hole and rolled over. I didn't know what had happened. I was below it with my back on the ground and luckily enough I was then strong enough, being in my early forties, and I could lift the bike up and push myself out.

"Now I'm in my sixties and I wouldn't have a hope of doing that."

Mr Wallace said he now had five quad bikes with roll-over protection and the safety devices didn't impact their performance.

"I have no trouble at all, we put sprayers on, dogs on the back, it causes no problems."

The event was attended by one Nationals representative, Gippsland MP Darren Chester