For ten children who have had a loved one become an organ donor, an outback camp with peers who had gone through similar situations proved to be a truly unforgettable experience. 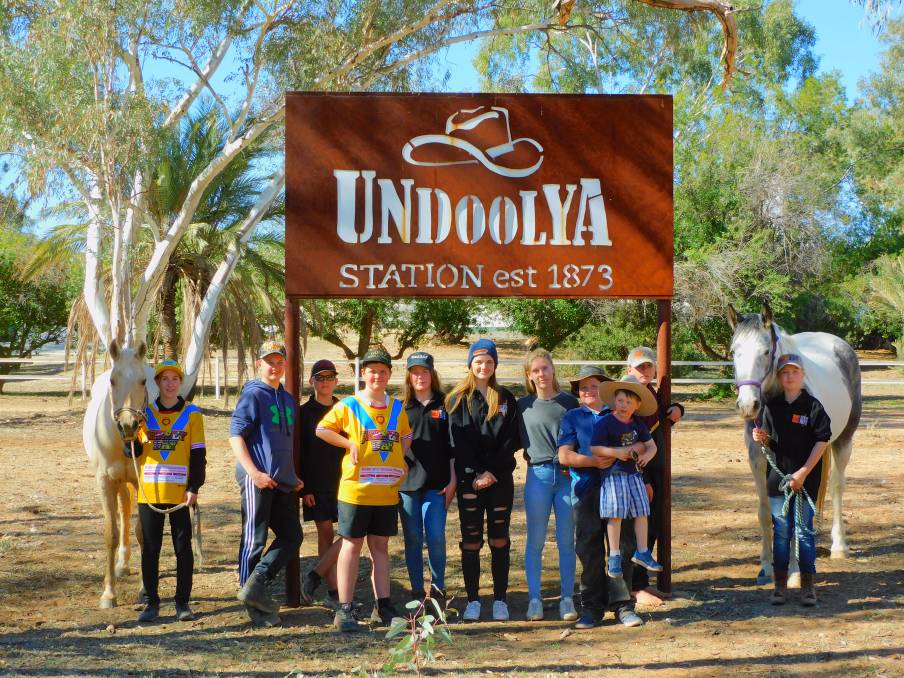 For ten children who have had a loved one become an organ donor, an outback camp with peers who had gone through similar situations proved to be a truly unforgettable experience.

Organised by organ donation awareness charity Herd of Hope, which was founded by Tanunda's Megan McLoughlin, the camp - held earlier this month - took children from SA, Vic and NSW to Undoolya Station, NT, where they spent five days being immersed in life on a cattle station.

Ms McLoughlin said the inaugural camp had been a great success.

"It was worth the hard work that went into 18 months of planning, just the response we've got from these kids, they formed their own little herds within 24 hours," she said.

With a complete technology ban for the duration of the camp, activities included bush cooking, looking after stock, a night of singing with 2009 Australian Idol finalist Toby Moulton, horse therapy, bush walks, and learning about station life.

The children, aged between 12 and 15, also took part in a letter writing exercise, where they had the choice to write a letter to their parents thanking them for support, or to themselves with goals for the future.

"The letters were beautiful, and the children wrote things they wouldn't ordinarily say," Ms McLoughlin said.

"Because we had taken technology off them, they didn't have any outer experiences or influence, they were just there in the moment."

Ms McLoughlin said another special moment on the camp was star gazing with Alice Springs' Richard Williamson, who helped three children on the camp see stars that had been dedicated to their family member who had become an organ donor.

"For (Undoolya Station owner) Ben Hayes, he said his 'wow' moment for the camp was with (camp participant) Cai, when Cai saw his Dad's star for the first time," Ms McLoughlin said.

Before the camp, none of the children had ever slept on a cattle station, and Ms McLoughlin said they thoroughly enjoyed experiencing a lifestyle different to their own.

"It was really amazing to see these kids absolutely love rural life," she said.

"The majority of the kids now want to work in the agricultural industry, the three boys didn't want to leave, they said 'can you employ us as stockmen right now, we want to learn'."

To be able to put the kids together in a world where there is nothing else but themselves, where they can make connections with those with similar challenges is very uplifting. - ROBBIE NEIL

The camp was funded partly by charity Poll Hereford calves sold at Mt Compass earlier this year, which made nearly $5000, as well money put forward by the charity, and a $10,000 donation from Beachport Liquid Minerals, Mount Gambier, for which Ms McLoughlin was very grateful.

"(Beachport Liquid Minerals) made it possible - if we didn't have that money, it never would have happened."

"I understand the challenge of getting kids into a remote area like that, so to be able to assist to make that happen, and give them the experience of station life is a great eye-opener," Mr Neil said.

"But just the support mechanism, to be able to put the kids together in a world where there is nothing else but themselves, where they can make connections with those with similar challenges is very uplifting.

"We're inspired by what Megan is doing, and we're happy to be able to support such a worthwhile cause."

Megan said the nature of organ donation was the epitome of mateship, and "paying it forward".

"The organ donor can't be thanked for what they've done, and the transplant recipient can never repay their gratitude," she said.

"So if you ever find yourself alone and isolated, think of mateship, and that it is alive and well."

The story Children given a taste of station life on Herd of Hope camp first appeared on Stock Journal.