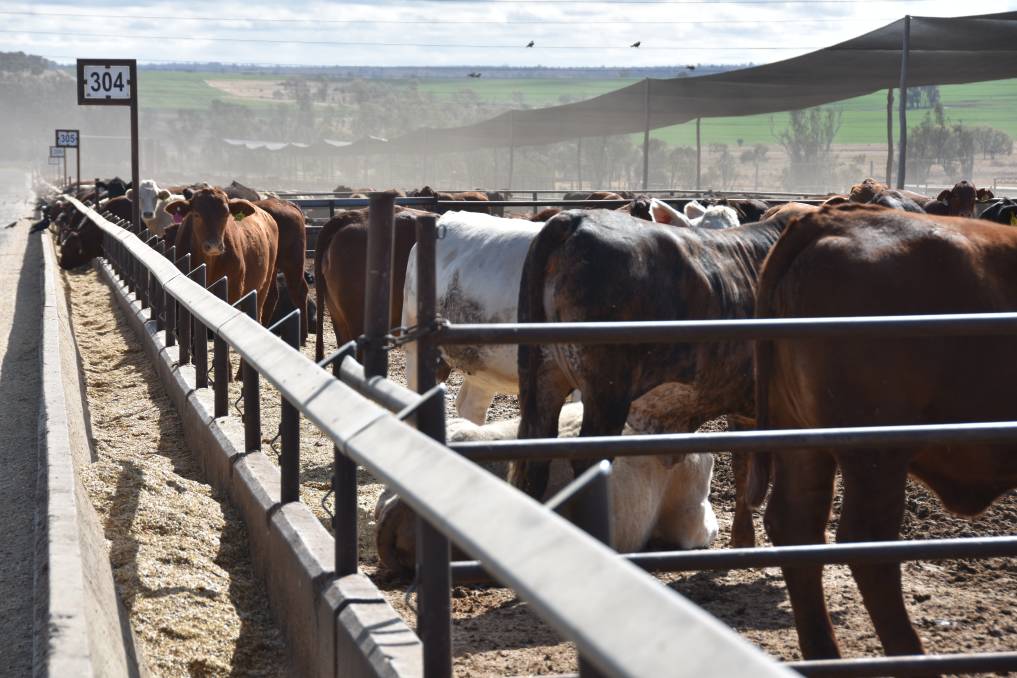 Australian Lot Feeders Association/Meat & Livestock Australia survey shows that for the last June quarter there were over 1,147,393 head on feed nationally.

The latest Australian Lot Feeders Association/Meat & Livestock Australia survey shows that for the last June quarter there were over 1,147,393 head on feed nationally.

That is an increase of 1830 on the previous March quarter, and nearly 27000 more than the June 2018 quarter. For the last 12 months the number of cattle on feed was sustained at over 1.1M head.

ALFA president Bryce Camm said that figure was no surprise.

"For most people in the beef industry, that is no surprise, given the severe drought conditions experienced by most of the eastern seaboard," he said.

"What is interesting to reflect on is that, even though we are seeing the highest commodity prices in over 10 years feeding those cattle, the resilience of numbers on feed is still high."

"That is being driven by very strong global demand for high quality Australian beef. That's why we see an increase in numbers on feed even in less drought affected states like Western Australia." 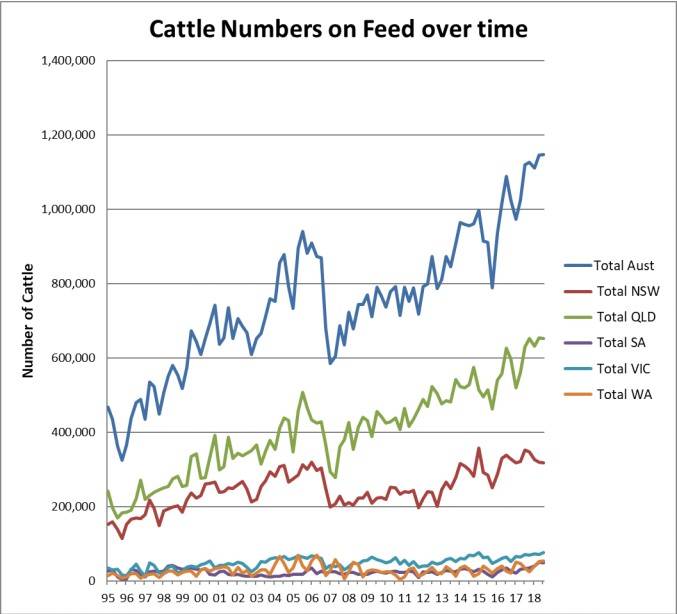 MLA analysis shows that in 2018-2019, 3.14M head were sent to processors from feedlots, 39 per cent of the adult cattle slaughter.

Grainfed exports for the same period totalled 311,986 tonnes, which beats the record established the year before.

"It has been a critical link in the supply chain during the prolonged dry period," he said.

"This number is expected to remain high, given the challenges of finishing cattle on limited pasture reserves."

Mr Camm said around 90,000 head of additional capacity had been built, but things could be described as tight.

"There's always a small small margin between capacity and numbers on feed, but you would largely say that the feedlot sector is currently full," he said.

But Mr Camm said the industry was confident it could maintain feed supplies.

"There has been an incredible volume of grain and commodities moving interstate," he said.

"I think there is some 38,000 tonnes moving through the Port of Brisbane each week.

"Largely grain coming from Western Australia and South Australia. But also it's hay, it's straw, it's almond hulls, it's cottonseed."

Feeder buyers continue to be the driving force in the cattle market. 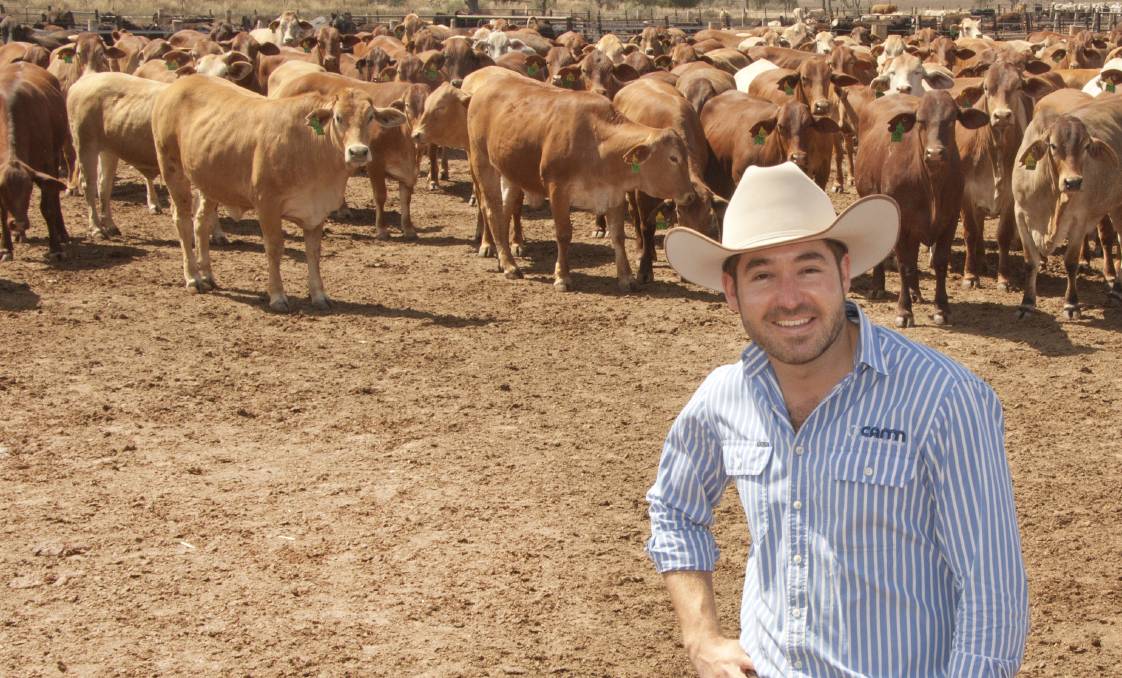 But with southern Australia in the grip of a cold winter, combined with good rain across many areas, sale numbers have dropped, and agents have noted feedlot buyers are prepared to pay more for lighter cattle.

Mr Camm said like all sectors it comes down to supply and demand.

"The seasonal conditions have meant feedlots have to look at different cattle specifications to what they would in a normal season," he said.

The current MLA forecast is that with record numbers on feed, grainfed cattle turnoff will continue to push new levels, which will also push up the grainfed slaughter and export figures with them.