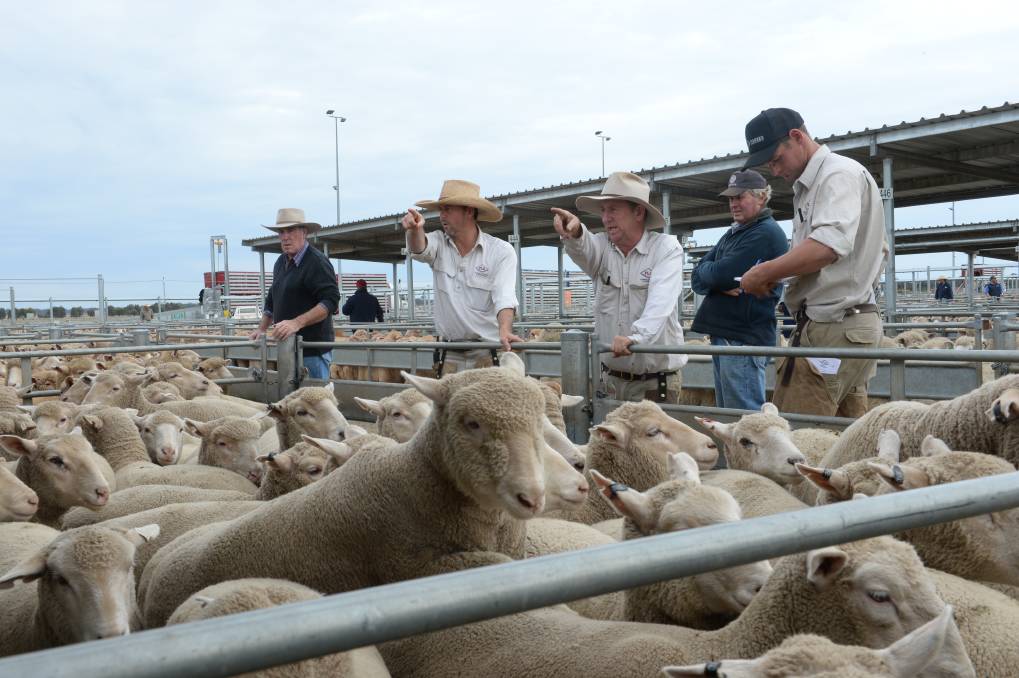 OFF THE BOIL: Lamb prices have been retreating from the record levels in July but remain historically high.

World trade tensions may be worsening the current pushback against record lamb prices.

Lamb prices across the eastern states have continued to come off the boil but remain at historically high levels.

The ESTLI has taken a plunge of around 100c in just two weeks but is still 86c above levels 12 months ago.

The drop will please processors but cause some grief to producers, particularly those paying expensive feed bills to get stock to slaughter weights.

Some pushback against the record lamb prices was expected as new-season lambs started to roll into the market.

However, with more than 70pc of Australia's sheepmeat production exported, worsening trade tensions between the US and China and uncertainty over Brexit are are also dampening market sentiment.

China and the US are major importers of Australian lamb and mutton and have been prepared to pay the premium prices that have sent saleyard values through the roof in the past few months.

Meanwhile, mutton prices remain red hot with the eastern states mutton indicator sitting at 587c on Tuesday, a daily rise of 8c and a whopping 175c above year-ago levels.

Most of Australia's mutton is exported with China a leading buyer.

The light lamb indicator shed 6c on Tuesday to hit 809c which is still a healthy 186c above year-ago levels.

The heavy lamb indicator has also been in retreat dropping almost 50c in a week to land at 882c, 64c above where it sat this time last year.

It was a different story with the restocker lamb indicator which recovered 22c on Tuesday to 836c. The indicator is 207c higher than year-ago levels. 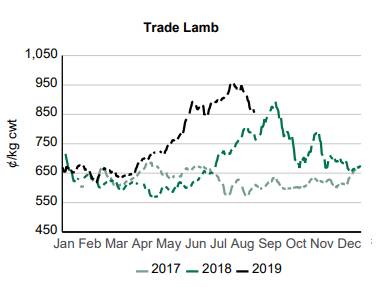 But compared with the same week last year, the lamb slaughter was down 19pc and sheep down 38pc.

Lamb processing in Australia is down 6pc for the calendar year so far. Meat & Livestock Australia is projecting a 7pc decline in the number of lambs processed in 2019 compared with 2018.

Just 21.2 million lambs are expected to be processed this year as drought continues to deplete flock numbers.

Sheepmeat producers in NZ, Australia's only major rival on global markets, have been sharing in the good times as well with with schedule prices now more than $NZ8 a kg dressed weight and likely to rise higher, according to ANZ bank.

Lambs at near killable weights have been making exceptional returns when traded through the saleyards.

Schedule prices keep rising as processors fight hard to secure the limited number of lambs coming on the market.

NZ mutton prices are at record levels with $NZ5.50 a kg dressed now the ruling rate.

Beef+Lamb NZ has estimated 19 million will be processed in the year to September 30.

But ANZ expects the number will be lower at around 18.5 million lambs for the 2018-19 season, 7pc below last year.

NZ producers are closely watching new UK Prime Minister Boris Johnson who is adamant the UK will go ahead with Brexit on October 31, with or without a deal from the European Parliament.

A "no-deal" Brexit deal could immediately cut current subsidies to UK sheep farmers which would slash their profitability, likely cause a glut of lamb and mutton in UK supermarkets and reduce England's demand for imported lamb.