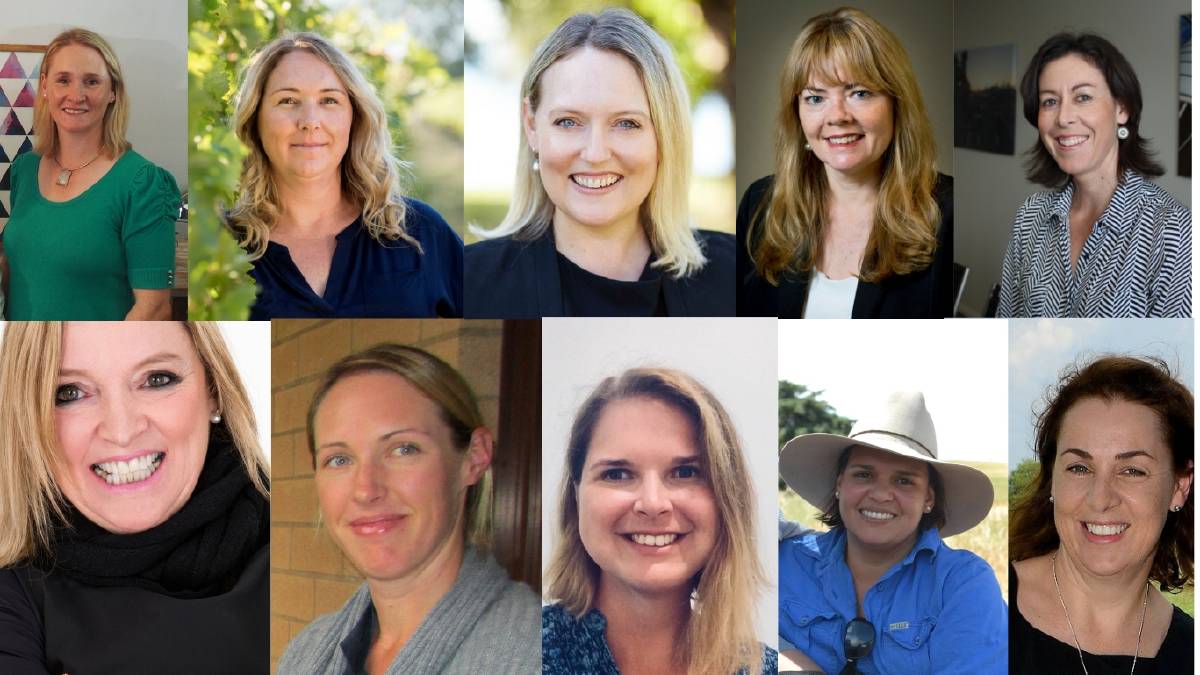 Ten impressive women from across rural Australia have been named as the 2019 Diversity in Agriculture Leadership Program participants.

Ten outstanding women from across Australia with diverse backgrounds and skill sets have been selected to take part in the 2019 Diversity in Agriculture Leadership Program.

More than 150 women applied for the program which is an initiative of the National Farmers' Federation (NFF) and proudly sponsored by this publication.

Now in its second year, the program aims to fix agriculture's 'woman problem', by developing and empowering aspiring female leaders to reach their potential.

"Currently, women comprise 41 per cent of the agricultural workforce but make up only 18pc of management roles and 2.3pc of CEO positions," NFF President Fiona Simson said.

"This is out of step with other comparable industries and is a statistic that the NFF and our committed program partners are determined to rectify.

"It's time that women are equally represented at the level where decisions are taken that shape the future of our industry and rural and regional Australia more broadly," Ms Simson said.

Over the course of six months, the participants will work with a specially matched mentor to develop the skills and networks they need to realise their leadership ambitions.

Applicants will also take part in a two-day Canberra leadership retreat during May and graduate in October as part of the NFF's 40th Anniversary celebrations. Allison is a passionate Primary Industries advocate committed to the growth of rural communities and sustainable land management. Recognised for her extensive community engagement and strategic leadership, Allison has developed a broad network across regional Australia, working with numerous government sectors, industries and rural communities.

Before returning to Australia, Allison spent 15 years in investment banking based in London and Hong Kong. In her role as director for Asia Pacific she was responsible for employees across six Asia Pacific countries. Allison was also a representative on the operating committee for Bank of America Merrill Lynch responsible for organisational performance and governance.

Allison is now a partner in her family's mixed farming business based at Yass that has been operating since 1850. She is also a Local Government Councillor and Chair of the Yass Valley Economic and Development Committee.

Allison was appointed to the acting chair role for South East Local Land Services in 2018 with a vision of enhancing customer engagement and developing strong regional relationship that will assure the value of Local Land Services to their customers, clients and stakeholders. Cath's international winemaking career began after studying business/viticulture at Curtin University followed by oenology at University of Adelaide. She leapt off the ladder in 2015 to focus on making Oates Ends, her single vineyard wines from the intergenerational farming property in Margaret River and run her consulting business.

Cath currently sits on the board of Wine Australia, is Vice President of Wines of Western Australia and has previously served as President of Great Southern Wine Producers Association and Margaret River Wine Association. She is currently studying the Master of Wine qualification after completing the WSET Diploma to deepen her understanding of global wine. Leonie O'Driscoll is the Managing Director of Evofarm Pty and Co-Founder of StockDirect Pty Ltd. Leonie grew up on her families mixed farm in Lameroo South Australia and is an Ag Science and Finance graduate.

With a genuine love of practical farming and a passion for finance, Leonie has forged a career largely in commodities and the supply chain, focused on efficiently marketing and moving primary products from farm gate to processor, trader or end user.

In recent years Leonie has held several fulfilling industry roles including holding a position as a board member for Southern Ag Venture and leading the grain procurement for one of Australia's leading food and nutritional companies Freedom Foods. In her spare time Leonie enjoys running after three young boys and spending family time on their small farm outside of Wagga. Jacqui is based in Brisbane and work for Consolidated Pastoral Company, one of the largest privately owned beef producers in Australia. She started with CPC in 1992 at Newcastle Waters Station, NT as an accountant and have worked various roles and locations since then.

Her current position includes management of HR, WHS, risk and legal matters. She has a few board/committee roles and am keen to expand, with particular interest in on-farm WHS, animal welfare and work force development. Robbie has business experience in both the private and public sectors domestically and internationally, and at Board level as a NE Director and reporting to a Board in the capacity of CEO.

With a strong understanding of whole-of-industry value chains from the paddock to the consumer, she also has a grazing property in the upper SE of South Australia. Following ten years living and working in SE Asia (Singapore, Indonesia, Brunei), she was self-employed as an agribusiness consultant until her appointment as CEO, Potatoes South Australia in 2012. With the reduction of food waste and loss as an issue of predominant importance to her, Robbie aims to participate in the re-positioning of Australian agribusiness as our most significant industry.

Based at the Waite Campus, Robbie is a collaborator in several research consortia led by the University of Adelaide and Primary Industries and Regions SA (PIRSA). She was profiled under PIRSA's Women Influencing Agriculture and Regions in 2015 and is the AgriFutures 2016 SA Rural Woman of the Year.

Dr Kelly Pearce is a grain and prime lamb producer from Yealering in Western Australia along with her young family. Kelly has had a 16-year career in Agricultural Research and continues to coordinate a number of regional science and innovation projects through her regionally-based business Wheatbelt Science.

Kelly is also a director of Farmers Mutual Limited, 2012 Nuffield Scholar, committee member of the Corrigin Farm Improvement Group and the WA Sheep and Goat Industry Funding Scheme Management Committee and Graduate of the Australian Institute of Company Directors. Kelly has recently retired as Chair but remains a Director of the Grower Group Alliance in WA. 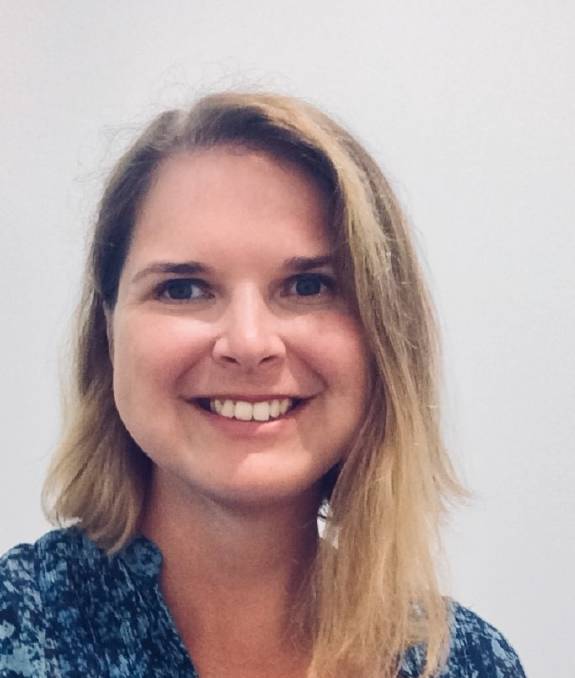 Originally from Ontario Canada 2.5 hours north of Toronto, Rachel now lives in Melbourne and is married with a 14-year-old daughter. She is passionate about mentoring the next generation and mindful of the importance of being a role model for young women to make an impact at a leadership level within the agriculture industry. 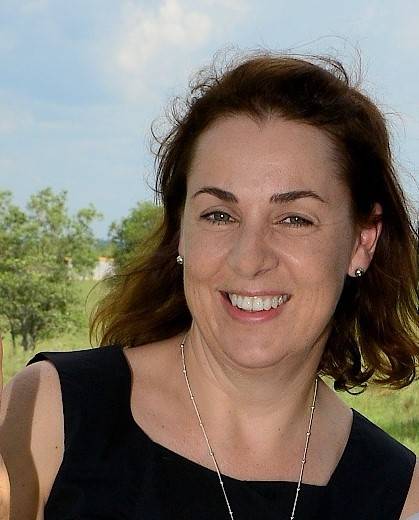 Linda Lee is the Director of Agribusiness Development for the Northern Territory (NT) Government's Department of Primary Industry and Resources.

Linda holds a Bachelor of Science and is a graduate of the Australian School of Applied Management's Advanced Leadership Program and the Australian Institute of Company Directors. She has more than 20 years of professional experience in natural resource policy development, project management and research delivery within the public, private and not-for-profit sectors.

Prior to joining the NT Government in 2016, Linda was General Manager with AgForce and advocated for Queensland's beef, sheep and grain producers. She has also led projects on disaster resilience and land use planning with the Queensland Farmers' Federation and held leadership roles with the Western Australian and Queensland governments.

Linda brings to her current role exceptional professional agility and an unwavering commitment to the profitable and sustainable growth of agribusiness in the Territory. Natalie managers their farming business Windjara Ag and together with her husband Dane and 2 children have been farming for 15 years including managing 3000 head of sheep.

Driven by her passion of sustainable agriculture and the environment, Natalie's focus is on influencing positive change in rural Australia and seeing greater innovation, inclusion of gender and age, and respect for diverse backgrounds. She is passionate about sharing her farming, cultural and social knowledge and experiences to improve outcomes for both current and future generations.

During her spare time volunteers her time on many community, industry and government boards including South Australian Grain Producers SA (GPSA) sub-committees and SA Ag Excellence Alliance. She is an advocate for sustainable agriculture and improved environmental landscape function for long-term production and biodiversity. 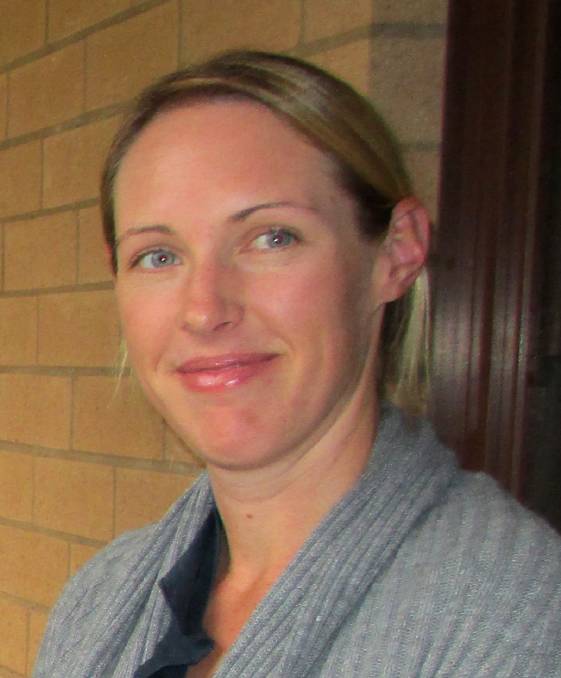 Alison is a sixth generation wool grower based at Mangoplah, NSW. Alison completed a Bachelor of Rural Science at the University of New England before returning to southern NSW to complete her PhD investigating the hydrology beneath native pastures at Charles Sturt University.

Alison has worked as lecturer in the School of Agricultural and Wine Sciences since 2007 and was appointed Course Director for the undergraduate agriculture courses in 2018.

After purchasing her family merino flock in 2012 the enterprise was shifted to Mangoplah following the purchase of farmland in 2015 and 2018 where she and her husband now raise their family. Alison and her husband also have a broadacre contracting business servicing corporate farms west of Wagga Wagga.

In addition to various boards and committees at CSU, Alison is board member on the AW Howard Memorial Trust and a member of Merinolink.

The story Meet the 2019 Diversity in Agriculture leaders first appeared on Farm Online.