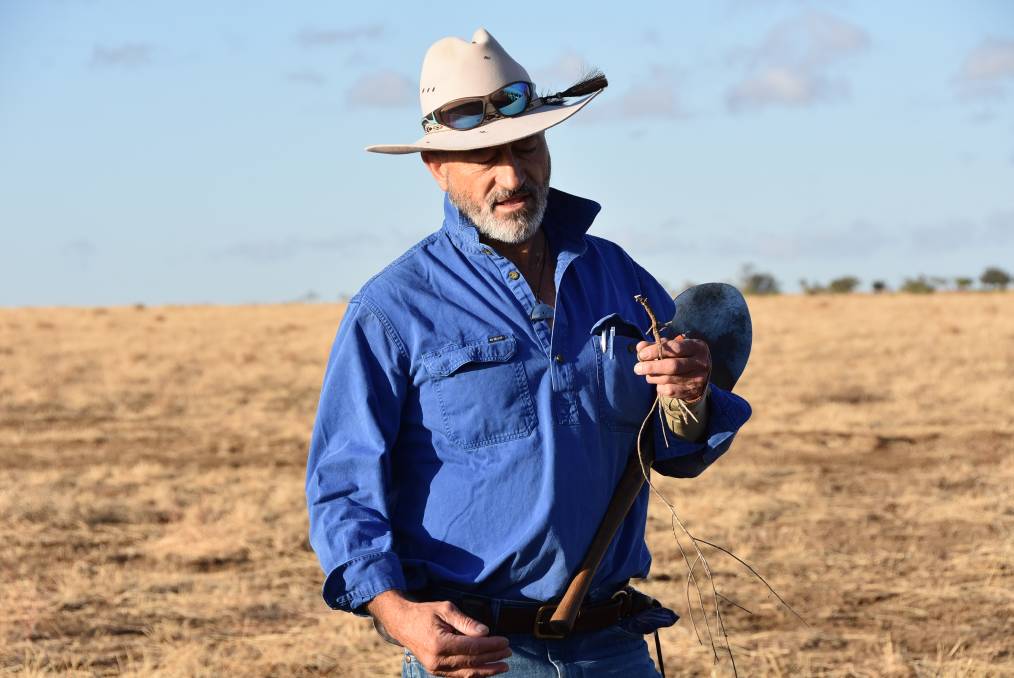 Denser stocking rates for a shorter duration is one method being used to improve pasture and soil health in Queensland.

DENSER stocking rates for a shorter duration are among the natural grazing practices that can be used to improve pasture and soil health during times of drought.

While many graziers believe it best practice to destock stressed paddocks to allow for rejuvenation, ecological grazing expert Dick Richardson said this was not necessarily the case.

Mr Richardson has spent a lifetime studying grazing practices around the world under a range of different climatic conditions.

He uses his expertise to host workshops for graziers around Queensland and Australia and presented in Hughenden when it was tinder-dry before last month's heavy rainfall.

Next month, he will be taking his expertise to the other extreme, hosting a workshop in the high-rainfall area of Milla Milla, on the Atherton Tablelands.

Despite the differing conditions, Mr Richardson said there were some practices all graziers could benefit from regardless of whether they found themselves in drought, or post flood.

"A mistake people make with conventional grazing is that they stock too lightly and create more problems as if you have too much grass, it dies of old age," Mr Richardson said.

"The people bunch animals into massive mobs and move them every day creating slaves of themselves, poor animal performance and in most cases leave paddocks for too long.

"Denser stocking for a really short duration can have a positive performance.

"Basically natural grazing is about using livestock and grazing patterns with a management of their time intensity and frequency of grazing to stimulate grass grown about the ground in terms of quality and quantify, and for it to develop underground to develop more mature soil.

"It's to help people get a balance with their stocking rates to increase carrying capacity."

Mr Richardson said people should have more stock on less country at any given time to optimise both plant and soil health.

"At the end of the growing season it's about ensuring we've got some country that is still relatively short and hayed off in high quality.

"With conventional managers the most common error is they simply reduce numbers with leads to massive problems with scrub thickening, bush encroachment.

"Lighter stocking rates are perceived to be doing the right thing but quality grasses are dying with a lack of utilisation, or too ligher utilisation."

"It can be a very powerful tool.

"The economy, ecology and community all benefit, while runoff and nutrient loss are being addressed by nature's own methods."

Mr Richardson and soil fertility specialist David Hardwick will speak at a free forum hosted by Terrain NRM at Milla Milla on April 9.

To register call Evizel Seymour on 4095 7108 or email evizel.seymour@terrain.org.au before March 29.