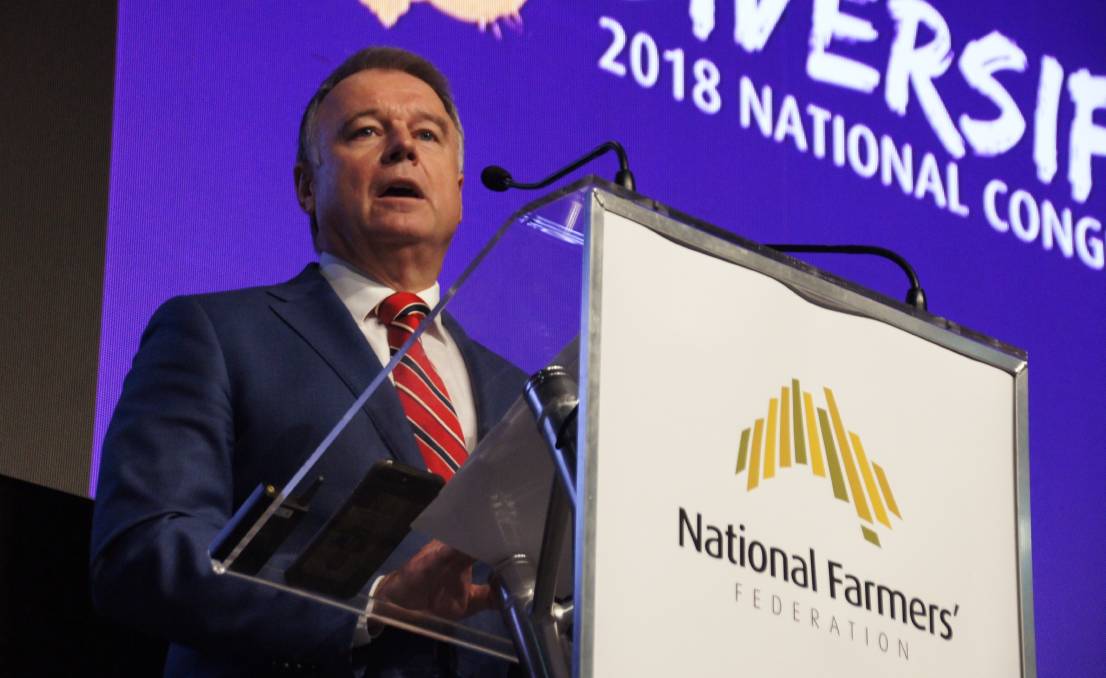 Australia’s supercharged political cycle makes it more important than ever for industry to pay attention the Opposition party’s policies, and this is particularly true for agriculture with Labor pledging significant policy changes beyond its current policy to ban live sheep exports.

“The Government of the day - hopefully with the support of Her Majesty’s Opposition – must both anticipate change and work with those parts the sector which may not be moving sufficiently quickly to accommodate growing opposition to what are seen as out-dated practices,” Mr Fitzgibbon said.

Industry members who are slow to adapt to new consumer trends can drag down the many who move with the changing community attitudes.

“That’s the great lesson to be taken from the debacle in the live sheep export trade where a few bad eggs destroyed any chance the industry had to maintain its social licence.”

“When a Minister gives an unqualified green light to an industry he eventually becomes not the industry’s friend but rather, its worst enemy,” Mr Fitzgibbon said.

Mr Fitzgibbon said policy for adapting to climate would change significantly under a Labor government.

“We must immediately get serious about both carbon mitigation and adaptation.  They are prerequisites for the development of good drought policy,” he said.

“We need market-based mechanisms designed to ensure they are being allocated to the production systems where they’ll produce the greatest return for our farmers and the economy.

“Higher levels of carbon and other organic matter result in greater water retention and higher productivity.”

Labor has committed to end live sheep exports during the northern summer and move the industry to onshore processing of boxed exports over a five-year timeframe.

However, there are significant questions about how to develop onshore processing in Western Australia.

Would the market for boxed exports dry-up if Middle Eastern buyers of live sheep source from alternate suppliers? If that happens, does Labor have a plan B for producers? What would be the flow on effect to producers in eastern states?

How many new processing facilities would be needed? At what cost? Would they be built with public or private funding? And where would they be located?

Mr Fitzgibbon criticised the government’s response to criticism of poor animal welfare in live sheep exports, particularly for its failure to release the Moss Review into the culture, capability and investigative powers of the industry’s independent regulator.

The Moss Review was commissioned in April following a report by 60 Minutes into poor animal welfare on Emmanuel Exports ships bound for the Middle East.

It was expected to be delivered in late August but has yet to be released, following ongoing delays.

Mr Fitzgibbon said that under the former Labor government, which issued a snap ban to live cattle exports after a 4 Corners report into animal welfare standards in Indonesia.

Mr Fitzgibbon said the resulting 4 week ban in trade “put the industry on a better footing, and that’s why it’s on a stron footing now”.

“Live sheep exports have been suspended for 18 weeks now, thousands of sheep are stranded and this government needs to act.

“If government hadn’t abolished the independent office of animal welfare we mightn’t be in the position we are now.”