Nearly two years after Hughenden was devastated by news that rail company Aurizon was stripping 25 jobs from the town, the mid-west community has had some good agriculture news. Nearly two years ago Hughenden was devastated by news that rail company Aurizon was stripping 25 jobs from the town – this week it was time for some good news for the mid-west community.

Flinders Shire Council mayor, Jane McNamara, said the announcement that the shire’s proposed 918-hectare irrigated agricultural development at the 15 Mile has been declared a coordinated project was welcome news after some dark times.

While still not a certainty, the whole of government approach to beginning a table grape, citrus and horticultural industry on the banks of the Flinders River means the path towards a sustainable economic future for the region is less rocky.

Of particular significance, it means the state government will work with the shire on stepping through vegetation management requirements, Cr McNamara said.

Considering the shire thought its project was dead in the water once the vegetation management amendments became law and ruled out clearing for high value and irrigated high value agriculture, this would be a considerable advancement.

“We still have to undertake a vegetation management analysis and get a PMAV but it’s no longer such an issue for us,” Cr McNamara said. 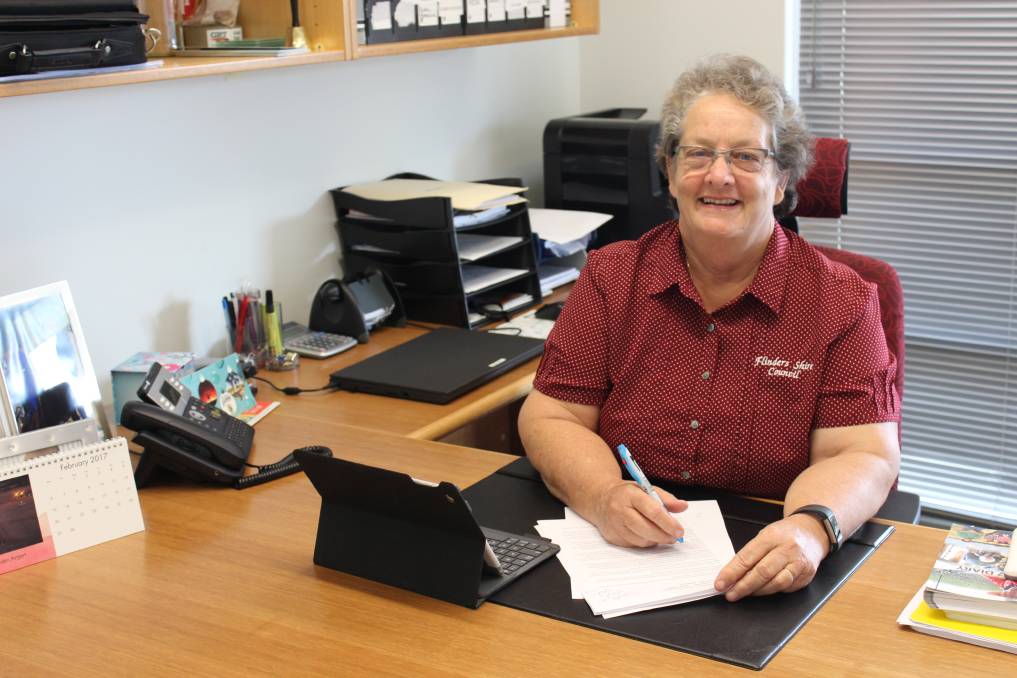 One of the main objectives has been to secure water for the project in order to move forward, amidst a regulatory environment that prevents the take of water within 1 km of the midline of the Flinders River.

It meant 12 months of drilling in the alluvial bed sands and pump testing but Cr McNamara said they were now 99 per cent sure of guaranteeing water for the project.

One bore can be sited inside the 1km zone, thanks to a 450Ml licence held by the council, and three more are expected to the drilled outside that for the balance of the 2500Ml required.

Council will also be putting in an application for a Great Artesian Basin licence, for insurance.

The cool winters at Hughenden would help set grape buds, for an October/November harvest, when Australia is generally importing grapes.

Cr McNamara said the blood orange crop was destined for the Chinese market.

Avocados and organic vegetables were also being considered as potential crops.

If the project comes to fruition, it will be partly thanks to the outlay of over $1m by successive Flinders councils, who purchased the land, freeholded it, and tested it for water, as well as outlaying money for the legal and reporting framework that surrounds that.

“A coordinated project approach also means that all the potential impacts and benefits of the project are considered in an integrated and comprehensive manner,” he said. “This project will make a significant contribution to the regional economy, requiring an investment of up to $47 million at full development.”

Five full-time jobs would be creating during the construction and establishment phase, blowing out to 72 once fully operational.

The council has a potential investor, according to Cr McNamara, and others committed to ensuring the development, which includes a co‐use cooling, packaging and logistics facility, staff amenities and machinery and chemical storage sheds, was fully realised.

“There is great untapped agricultural potential in Hughenden; we want to unlock those opportunities to diversify and build greater economic depth in the region,” he said.

As well as paying tribute to the passion and vision of councillors and staff, Cr McNamara gave credit to Premier Annastacia Palaszczuk.

“This kicked off when ‘Aurizon Day’ happened to us,” she said.

“The Premier sent state development staff straight to Hughenden and we’ve been working on this since.

“This is the result of not giving up.”

She said it was something her council believed could be replicated across Queensland.

The council will now undertake an impact assessment report to investigate the potential impacts of the project including impacts on the project’s environmental values.