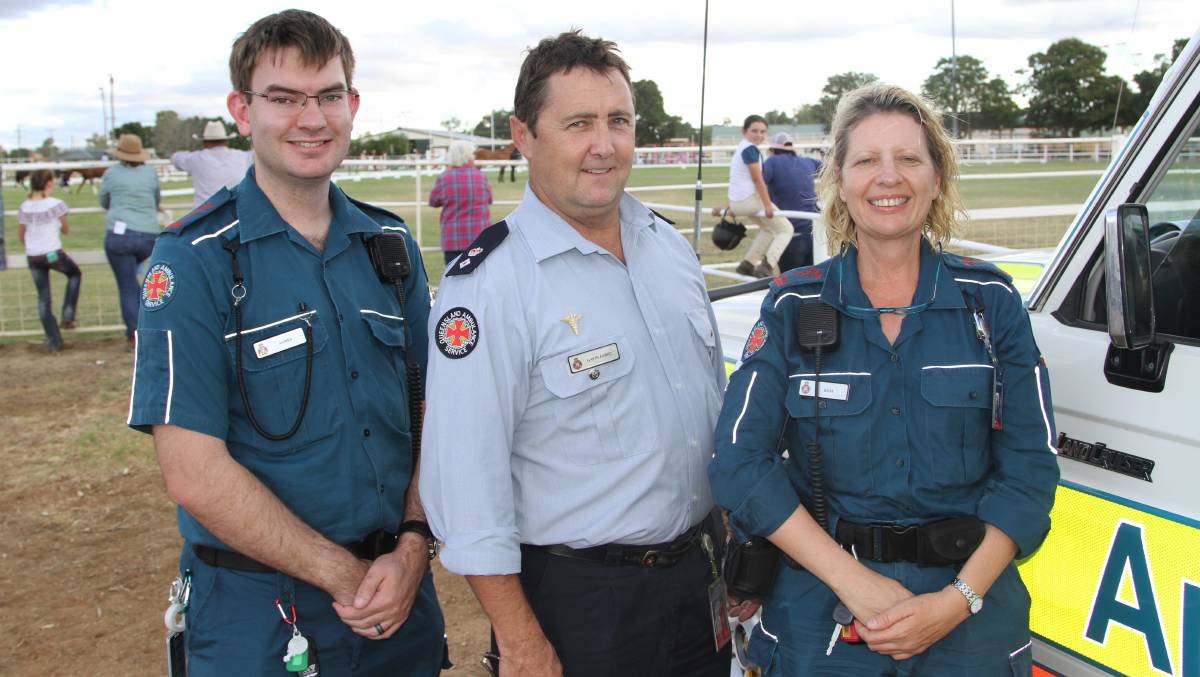 Direct access to a sedative to tame violent patients has been a game changer for rural paramedics.

“The new drug we’re using, called droperidol, has proven to be safe and effective and it’s been a game changer for our rural paramedics.  Every paramedic in Queensland is trained and authorised to administer the droperidol.

“If required, paramedics can now safely sedate agitated or violent patients and get them to hospital for the treatment they require,” he said.

Mr Parker said violent patients were often affected by alcohol and drugs, but mental illness and other conditions such as dementia could cause people to become violent.

QAS is one of the first ambulance services in the world to introduce droperidol and with backing from the Emergency Medicine Foundation (EMF), QAS has also conducted the first direct comparison of the drug with the standard sedative, midazolam.

In the research study, QAS found droperidol sedated patients nearly 70 percent quicker, was three times safer and significantly fewer patients needed additional sedation either in the ambulance or once in hospital in comparison to midazolam.

Within a week of the data being published, QAS had received requests for further information from ambulance services in the United Kingdom and New Zealand.

“Midazolam is the accepted standard internationally, but it can have significant side-effects so there’s been a huge gap in paramedics’ ability to safely sedate violent patients,” Mr Parker said.

“Droperidol works quickly to calm really aggressive and violent patients. It’s also simple to administer, there are much fewer side-effects, it rarely over-sedates and patients wake up much nicer. We’re so happy to finally have a safe drug to use.

Sadly, there are thousands of incidents each year where frontline healthcare workers are subject to violent outbursts, mostly as a result of alcohol and drug abuse.

“And because we’ve also collated data on comparing droperidol with midazolam outside the hospital setting, we’ve produced one of the true practice-changing pieces of research. We can now demonstrate to other paramedics just how effective the drug is for us. I believe we’ll see droperidol embedded extensively in ambulance services around the world,” he said.

Queensland Minister for Health and Ambulance Services Steven Miles said research projects just like this paved the way for positive change across the healthcare system.

“Sadly, there are thousands of incidents each year where frontline healthcare workers are subject to violent outbursts, mostly as a result of alcohol and drug abuse. It’s fantastic to see Queensland research making a positive impact in protecting our first responders and emergency department clinicians. Projects like this highlight the importance of investing in medical research and finding new, more effective and more efficient ways of providing vital health services to Queenslanders,” Mr Miles said

The QAS introduced droperidol as one of several initiatives to reduce the escalating violence against paramedics, mostly by drunken patients.

Mr Parker championed the uptake of droperidol based on research involving Princess Alexandra Hospital emergency physician and clinical toxicologist, Dr Colin Page. Dr Page, who has a $450,000 Noel Stevenson Fellowship from EMF, led the evaluation of the QAS droperidol roll out.

Dr Page said the real value of this latest research was in confirming that droperidol was safer and more effective in the prehospital setting, which mirrored previous results in the emergency department environment.

“The days of repeated doses of midazolam being given by paramedics are over. It just takes too long to sedate patients using this drug and it is more dangerous,” Dr Page said.

“We’re now pushing for paramedics and clinicians to administer the droperidol intramuscularly – there is no need for people to use it intravenously – and to stop mixing different sedatives. Based on our extensive research, the standard protocol for violent patients should be 10 mg droperidol (65 to 75 percent effective) followed by second dose of 10 mg (which is 95 percent effective) and then ketamine,” he said.

“A Queensland-led initiative is set to change treatment protocols globally and lead to better patient care because there was research funding available for an evaluation,” Dr Bell said.

The QAS research comparing droperidol with midazolam is available in the 2018 March edition of the Journal of Prehospital Emergency Care.