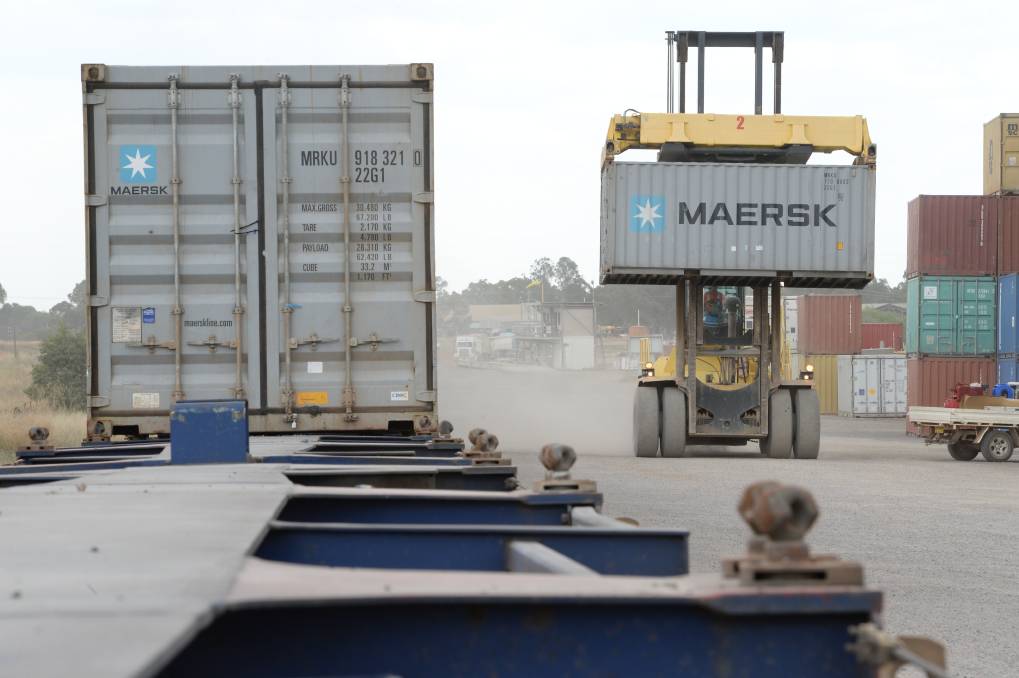 WHILE much was made of the coal freight potential for the $10 billion Inland Rail project in the lead up to the Commonwealth funding commitment last year, it’s the new opportunities it opens to non-bulk containerised exports that are exciting the farm sector.

But farmers are anxious over lack of firm plans for the crucial railway connections to port through metropolitan Melbourne and Brisbane.

The fast freight line is designed to create a 24 hour connection between Brisbane and Melbourne. About 600 kilometres of new track is needed in NSW and Queensland, which takes it around the current north-south freight route through Sydney’s congested network.

Heavy gauge track will double the load wagons can currently carry up and down the eastern states.

The Commonwealth-owned project proponent the Australian Rail Track Corporation forecast that double-stacked containers would reduce the cost of non-bulk freight by as much as $10 a tonne.

The ARTC’s current plan for the Inland Rail would break-up double-stacked trains at the Acacia Ridge freight terminal, outside Brisbane, and run single stacked wagons to port.

But the final route, its cost, who will fund it, if it will bypass passenger networks and whether it will have capacity to carry double-stacked containers remain open questions.

Agforce grains president Wayne Newton, said the Inland Rail could be a breakthrough for farmers.

“We can see eastern European exporters moving into South East Asian markets and they’re killing it, while we’re literally on their doorstep with one of the world’s most expensive supply chains,” Mr Newton said.

“SE Qld grain can cost producers $50 a tonne to get to port.”

“All containerised product in Queensland that is sent to Brisbane goes by truck. The infrastructure we have to move it by rail is too slow and costly to be viable,” he said.

“There's something wrong when you can't move a train load of containers from the Darling Downs to Brisbane for less than it costs with trucks.”

It’s not just farmers north of the border at risk of missing out on the maximum potential of interstate heavy haul.

As the ARTC pointed out in its business case funding pitch to government, the Inland Rail is designed as a spine up and down the network, for private industry to build on new infrastructure like freight hubs - where upcountry truck freight could be consolidated onto rail and into containers.

Independent rail consultant and analyst Max Michel thinks the Commonwealth made a strategic decision to stop short on funding the Inland Rail right through to port.

“The federal government see that (metro freight path) as a state responsibility,”

“They’re saying ‘the state gets the benefit, so what are you going to do about connecting it to the port terminal?’

“It's a ploy to bring governments into the tent… and a deliberate way of coercing states to enter the fray.”

“What businesses and local communities require more than anything else in relation to Inland Rail at this point is certainty - and that is particularly so when it comes to its connection to ports in both Melbourne and Brisbane, and overcoming potential last mile bottlenecks,” said ALC chief executive Michael Kilgariff.

“The best thing that governments at all levels can do is work to ensure that freight movement is being accorded proper consideration in planning schemes, and act now to protect corridors and invest in the supporting infrastructure that will allow the Inland Rail to operate as efficiently and effectively as possible.”

The uncertainty around at the pointy end of the Inland Rail is opening the door to another wildcard, which was hinted at in an announcement from the ARTC last week when it appointed a manager to oversee the appointment of a private partner to build three sections of particularly tricky track in Queensland.

The ARTC will build nearly all the new line, but a public private partnership had been flagged in project planning before it received Commonwealth funding.

But coupled with the lack of concrete plans for port links, which could involve expensive and controversial decisions in heavily-populated suburbs, private construction may become an attractive option for a state government operating under budget pressure.

The biggest concern for farmers looking for quicker, cheaper freight is: would private construction see a company operating the Inland Rail’s last mile into port, and what would they charge train operators for access?

Does this article interest you? Scroll down to the comments section and start the conversation. You only need to sign up once and create a profile in the Disqus comment management system for permanent access to all discussions.