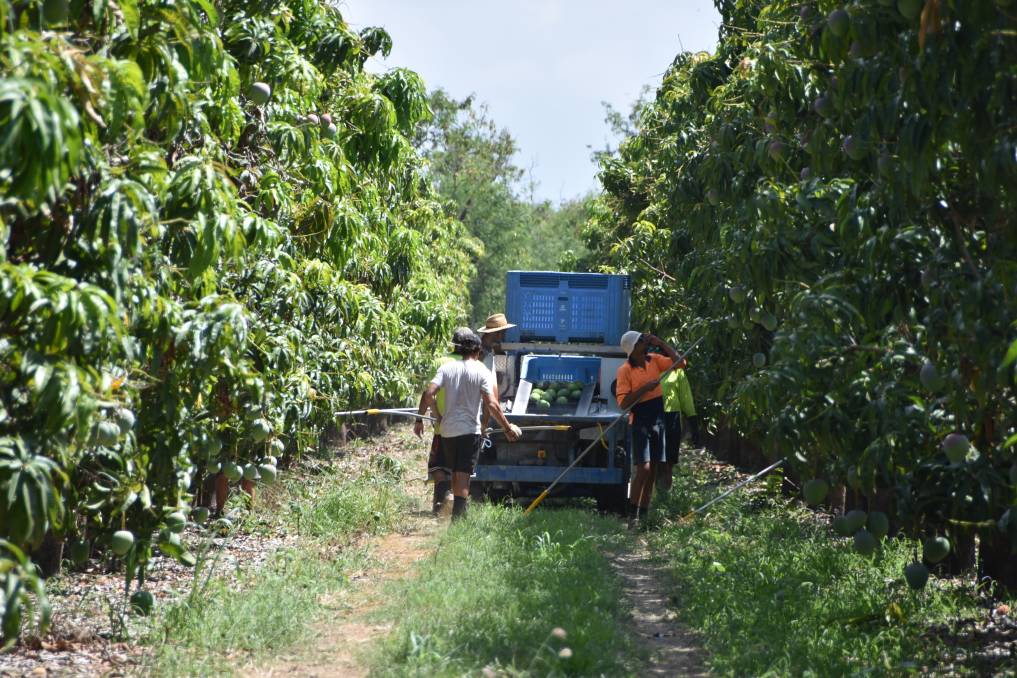 EXPORT: A trade deal with Indonesia that will allow their mangoes into Australia may provide a new export stream for North Queensland growers.

Indonesian mangoes will be imported into Australia for the first time

INDONESIAN mangoes will soon be imported into Australia in a move that has divided opinion among North Queensland growers.

The new agreement would allow Indonesian mangoes to be imported into Australia for the first time, but may also pave the way for two-way trade between the countries, thus boosting Australia’s export market.

Indonesian media reports state that the first mangoes could be imported during October, after an agreement was reached during an agricultural summit in Melbourne in February.

Bowen and Gumlu Growers Association president Carl Walker said it would be disastrous if mangoes were imported during Australia’s peak season.

“If they were imported in October the economic impact would be quite severe on Australian producers,” Mr Walker said.

”I would hope they would not bring them in to overlap our season, that would be disastrous.”

Mr Walker said he believed the industry could benefit if mangoes were imported to fill the gap between March and May when Australian mangoes were scarce.

“There is a three to four month gap when you can’t get any mangoes in Australia’s supermarkets, so I would assume that they are trying to fill that gap so you can buy mangoes 365 days a year.”

Mr Walker said Bowen growers were chasing new export opportunities to deal with over supply and this could pave the way to export to Indonesia.

“Our growers are trying to chase export to prevent gluts and take the pressure off the domestic market.

”We are trying to export to other countries that currently don't allow us to.”

Australian Mango Industry Association CEO Robert Gray said the industry was focusing on the positives that could arise from the deal.

Mr Gray said it was a priority to ensure that any mangoes or fruit being imported did not bring any pest or disease into the country, and that irradiation treatment was paramount.

He did not believe the imports would have a negative effect on sales of the Australian product.

“We are confident consumers and retailers in Australia will support Australian grown mangoes particularly during the Australian mango season from July to March,” he said.

Mr Gray said the agreement could open up export opportunities.

“About 15 per cent of Australian mangoes go to export and we are trying to grow that to 20 per cent.

“These are the sorts of things that enable us to grow to be more profitable, having access to other countries to allow us to trade great quality mangoes and get a return for the growers.

“The only way to achieve those outcomes, is to apply the same rules as other countries may want to send product to Australia.

“We believe we can grow from international trade and not have a negative affect on the domestic market.”