Thanks to the State Government Works for Queensland program, Tully Rotary and Cassowary Coast Regional Council the Tully Golden Gumboot is radiant and ready to endure another 20 years in the tropics. 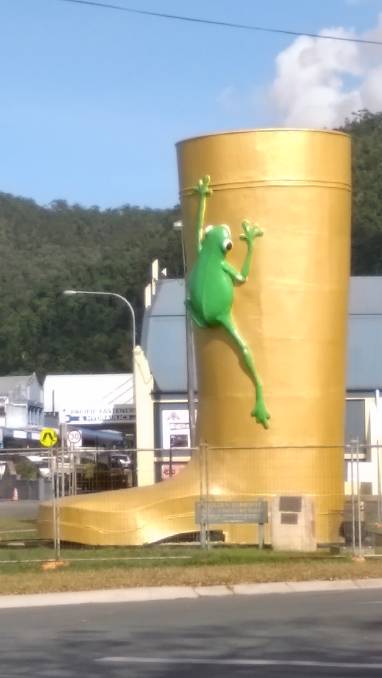 Thanks to the State Government Works for Queensland program, Tully Rotary and Cassowary Coast Regional Council the Tully Golden Gumboot is radiant and ready to endure another 20 years in the tropics.

The Cassowary Coast Regional Council secured funding from the State Government’s Works for Queensland program to refurbish the iconic Golden Gumboot as part of a $3.77 million allocation for minor infrastructure projects across the Cassowary Coast.

Work commenced June 1 and the glittering Golden Gumboot will be re-opened to the general pubic on September 9 at midday. The Golden Gumboot stands at 7.9 metres tall and represents the highest recorded rainfall in the Tully district recorded in 1950. The project took a little longer than anticipated with a second opinion required by a structural engineer with more internal works necessary to be completed.

“These are the kind of great community infrastructure projects that Works for Queensland is making possible right across the state, delivering jobs and stimulating the local economy.”

Cassowary Coast Regional Council, Councillor Rick Taylor said, “Tully’s Golden Gumboot has become one of the regions must do attractions and is a feature in numerous photographs taking pride of place in houses not only in Queensland, but nationally and internationally.

“Council is appreciative of the support of Tully Rotary Club and grateful to the Queensland Government Works for Queensland program which has given Council the opportunity to undertake this very significant refurbishment.

“The Gumboot has endured two very destructive cyclones over the past decade, countless days in the hot sun, and even more in the pouring rain, leading to not only a dulling of its external paintwork, but also a lot of damage to its structural integrity.

“With the completion of the refurbishment, at a cost of approximately $50,000 the Gumboot is now looking absolutely radiant in its new golden paintwork, officially known as ‘Gumboot Gold’ aptly named by the manufacturer, and the frog is almost literally jumping in its vibrant ‘Tree Frog Green’ paint.

“I encourage the community to get into the spirit, and come down to the official opening ceremony and sausage sizzle, to help celebrate this important occasion.”