FLAMINGOS, tutus, wigs and mohawks were among the pink fashion choices at the Pink Ta Tas fun run on Sunday.

Two hundred and fifty people registered for the fun run at Lake Moondarra.

The event raises money for the North West Breast Cancer Support Group, which then is passed on to benefit local breast cancer patients.

Organiser Juanita Godwin and the support group’s president Trish Olsen said an estimated $5000 had been raised from the fun run.

“That can help at least five women,” Mrs Olsen said.

“We give $1500 when a woman is diagnosed with breast cancer, we also do Christmas hampers and care packages the year they are diagnosed.

“That’s to help them in any way they need; bills, anything. It’s up to their own discretion.”

She credited the hard work of Mrs Godwin, the “leading force” behind the event.

Mrs Godwin has recently completed six months of chemotherapy and had a double mastectomy.

Mrs Godwin said the event was due to teamwork. “The pink ladies, we grouped together, we couldn’t have done it without each other.”

Fun runners could compete in the five kilometre run, or stroll in the three kilometre walk. 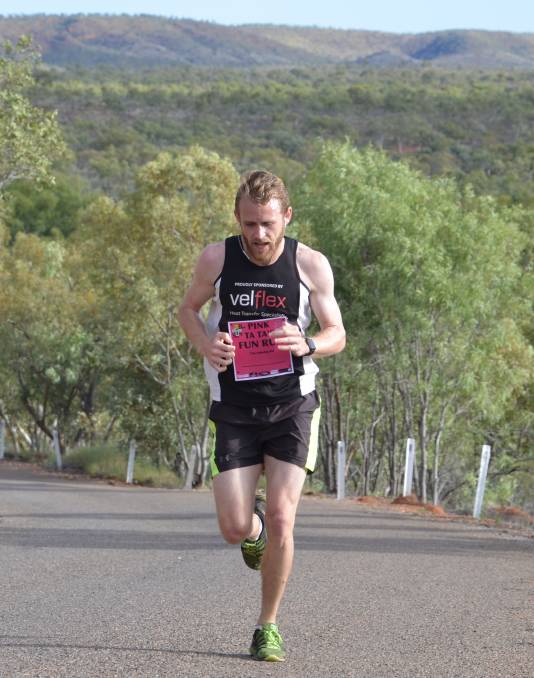 The breeze would also be welcomed by Robbie Pittis, dressed as the highly enthusiastic Buffs Club mascot, Big Buff.

Big Buff fun running at Lake Moondarra for breast cancer support! How did he get over the cattle grid?#breastcancerpic.twitter.com/3Qsbwdzm7p

Buffs Club marketing manager Mel Atherinos said the club supported the fun run and the support group “so the money stays in the community.”

A Pink Breakfast buffet breakfast to raise funds for the support group is held on Sunday, October 9.

The story Runners in pink first appeared on The North West Star.