Forty-plus hours a week in the classroom, for at least five years, often 10 or more – this is the amount of time isolated mothers are donating to educate their children in rural and remote parts of Australia.

Forty-plus hours a week in the classroom, for at least five years, often 10 or more – this is the amount of time isolated mothers are donating to educate their children in rural and remote parts of Australia.

Research by the federal Isolated Children’s Parents’ Association has uncovered the huge contribution being made by home tutors and has put it all together in an eight-minute video. Less than a week after it was launched at the federal ICPA conference in Perth, it had received 26,000 views.

Re-elected president Wendy Hick said it was proving invaluable in showcasing the unique way school is done in the bush, and to open eyes as to the process and sacrifices.

“The idea came out of the 2015 federal conference in Brisbane, when we thought we really needed something to show how distance education works on the ground,” she said.

“The more we met with government bodies, boarding school representatives and interested families, the more we realised there was a lack of understanding about the process.

“A lot of people have the impression that we turn the computer on at 8am, the student works all day with their teacher, and we turn it off at 3pm and go away.”

Funded by ICPA and the federal Department of Education, the film crew visited the Hacon and Locke families north of Cloncurry to show two different aspects of the home classroom, with a mother in the role of tutor in one case and a governess in the other.

People see Tara Locke teaching with a baby on her hip, the involvement of dads, and the interplay with animals.

“Boarding school staff often don’t know how children have been educated to the point where they arrive there,” Ms Hick said.

“They don’t know children aren’t used to raising their hands to ask questions, or that mothers have the answer for everything.

“It helps them understand why we as parents might be more inquisitive and ask a lot of questions.”

It has printed 2000 postcards, which were distributed at the Perth conference and will be available to all members to send to federal politicians in support of the lobby.

“We wanted to show how many people are affected by this issue of the amount of time given to educate children in isolated areas,” Ms Hick said.

“According to our survey, 85 per cent of distance education students have their mother as their tutor.” 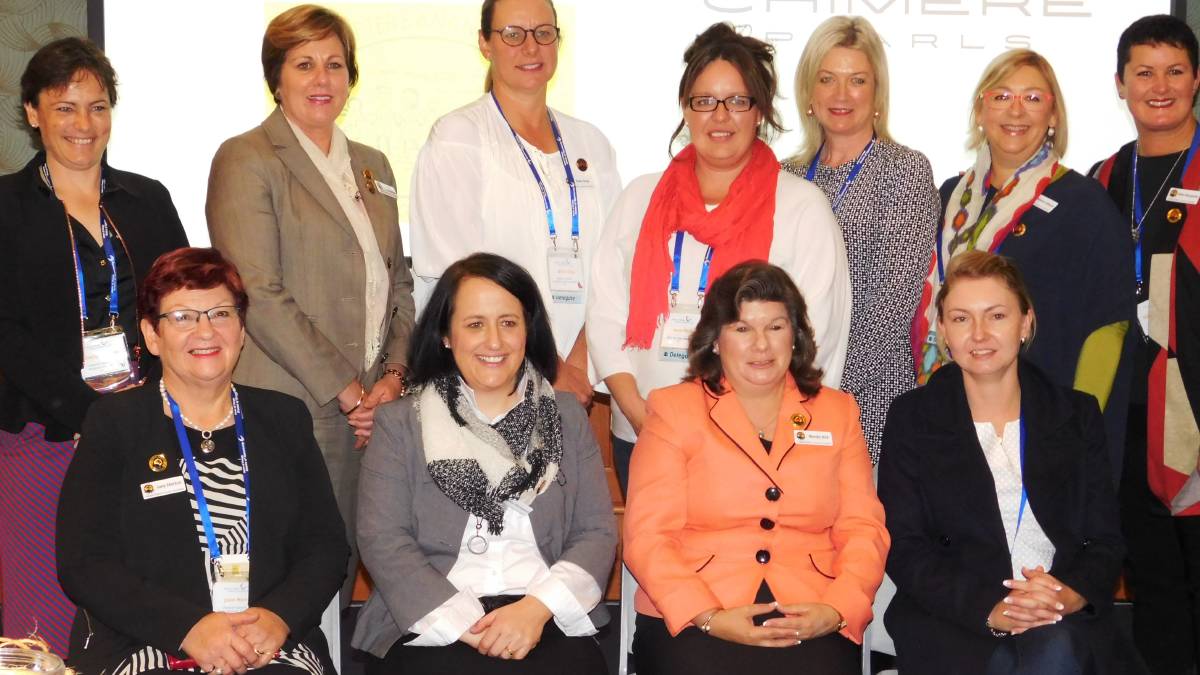 Other issues presented during the two days of the Perth conference include the failure of the Assistance for Isolated Children allowance to keep pace with the cost of boarding; the immense impact inadequate internet access has on families and distance education including the difficulties during the nbn rollout and telephone outages; access to early childhood learning and care needs; the call for extension of the AIC to include four year olds beginning their formal education; and the provision of a Tertiary Access Allowance to improve rural university participation.

Ms Hick said the message coming from the bush through its delegates is that a tsunami of change is needed to ensure oceans of opportunity are available for the education of country kids.

She welcomed representation from the LNP’s Senator Bridget McKenzie, Scott Buchholz, and Melissa Price throughout the conference.

A video message was also presented from Senator Fiona Nash, the Minister for Regional Development and Regional Communications, in which she noted the importance of debate informing feedback to the government through ICPA.

According to Ms Hick, Senator Nash was looking forward to continuing the relationship with ICPA and was keenly interested in the results from the conference, as one size did not fit all.

“ICPA Australia welcomes the high regard that our association is held in with the current government and looks forward to working with them on the pre-election promises that were announced by deputy Prime Minister Barnaby Joyce on June 22 at the National Press Club,” she said.