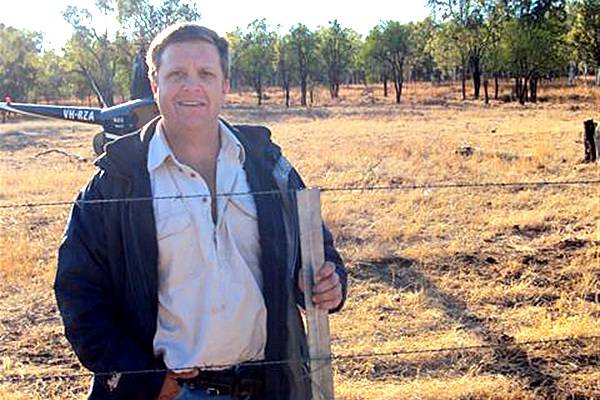 DOUGAL Brett and his family farm more than 23,000 head of Brahman cattle at Waterloo Station in the Northern Territory near the Western Australian Border.

DOUGAL Brett and his family farm more than 23,000 head of Brahman cattle at Waterloo Station in the Northern Territory near the Western Australian Border.

The property size is just under 2000 square kilometres, making fencing a key tool to save on management costs such as helicopter hours.

However, the wide variety of land encompassed by Waterloo means not all fencing is created equal.

They had an issue on their heavy black soil river country, which generally floods every wet season. The flood waters would simply knock down average posts, but they also had problems with them moving out of the wet season.

"After meeting Waratah regional sales manager David Sorley at the local Kununurra Show, he came out here and we took the helicopter out," Mr Brett said.

"His recommendation was a switch to MaxY posts, and the results have been unbelievable."

They're also upgrading their wire, as "the cheaper stuff just melts and snaps, so the heavier barb is an absolute must".

The Brett family have an extensive improvement plan for the property, which includes fencing, but recent problems with the live cattle export industry have put those plans on hold.

"We are going to put in another 500 kilometres of fencing eventually," Mr Brett said.

The family are always looking at ways to improve Waterloo's efficiency by looking to reduce labour costs and utilise as much of their country as they can, and their strategic fencing plan is one of these elements.

"The bottom line for us is that we dont like fencing - we have a lot and I only want to be doing it once", Mr Brett said.