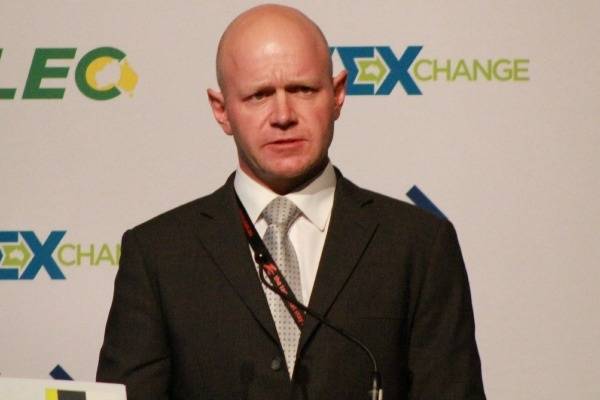 THE live export industry faces the prospect of becoming a hyper-regulated, uncertain trade easily held to ransom if it does not take back control, a consultant has told the LiveXchange conference.

THE live export industry faces the prospect of becoming a hyper-regulated, uncertain trade easily held to ransom if it does not take back control, according to consultant Peter Schuster.

“With a unit-based approach, we can unshackle supply chains, remove the perception Australia is impinging on foreign supply chains’ sovereignty, and allow the supply chain to operate on a certification status,” Mr Schuster said.

“Under a QA scheme, an individual auditor would approach a certification body who could bestow certification on the unit, faculty or identity against a global standard,” he said.

“Independence from government would in turn open up market access with the need for certification to be verified by a third party.

“Where trust is lacking, verification by a third party is essential.”

Mr Schuster said while the industry now had a choice to make, it was not given that same option in 2011 when the Australian government banned live cattle exports to Indonesia.

He said the problem with the since-implemented Exporter Supply Chain Assurance System (ESCAS) was its restriction on the industry reaching its full potential due to its government and bureaucratic driven nature.

“The live export industry is at an impasse – it can choose to remain in a hyper-regulated environment or it can take control of its own destiny.”

Mr Schuster said QA had already proven a success in the forestry and seafood industries, which had similarly struggled to balance a commercial operation with ethical standards of the consumer – the general public.

He said QA would most likely be phased in, parallel to ESCAS, before a crossover and eventual total convergence occurred.

“Otherwise there would be duplication, increasing the problem.”

According to Dr Richard Trivett , chairman of livestock exporter, Austrex, 71 per cent of research and development’s investment in the live export industry was in animal health and welfare, while supply chain efficiency accounted for 21pc and trade and market access a mere 8pc.