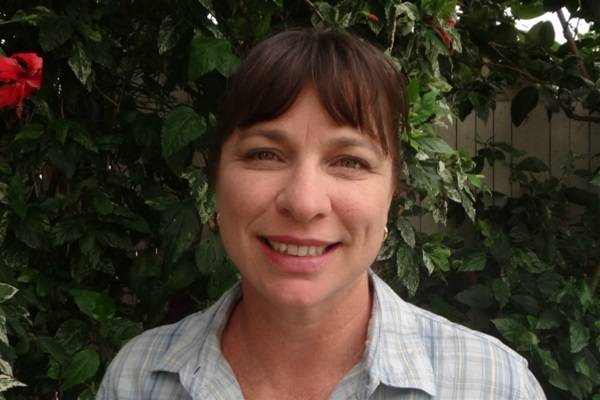 Rachel Hay, a JCU Business Honours student said her research aimed to establish how women view and make decisions with regard to remote livestock management technology.

RURAL women’s use of and role in managing technology could be a vital ingredient in the success of running remote properties.

RURAL women’s use of and role in managing technology could be a vital ingredient in the success of running regional and remote properties, a James Cook University researcher has found.

Rachel Hay, a JCU Business Honours student said her research, titled "Technology Adoption by Rural Women in Queensland, Australia: Women driving technology from the homestead for the paddock" aimed to establish how women view and make decisions with regard to remote livestock management technology.

“The present research considers that male graziers may not want to forego paddock and stock work, and station maintenance, to complete computer-based technology operation from within the homestead,” she said.

“My study hypothesized that remote livestock management technology systems operation may fall to the women in the pastoral partnership.”

Ms Hay said the aim of her research was to establish the extent to which rural women use technology and their views on their role in managing emerging livestock management tools.

“In July last year, Ag-Grow QMIX Field Days encouraged my research and allowed me access to the 6,000 or so attendees of the 2013 field day in Emerald,” she said.

The data collected through 60 conversational interviews and from 141 participants of an online survey across Queensland’s beef regions established the centrality of women graziers’ roles.

“Women use most components of online technology three times more often than men.

“While sometimes they were initially reluctant to take on the digital homestead tasks, once adopted, they felt empowered and valued in their work.

“Those advocating the further adoption of the new PLF technologies need to be mindful of the women graziers’ role as busy users and joint decision makers.

“Women view their role as valuable and important to the business and to the family; they view learning and managing current and emerging livestock management tools as empowering, self-fulfilling, and personally valuable, and the male graziers support these views.”

Ms Hay said the study found that women were driving technology from the homestead for the paddock, highlighting a shift away from men as sole decision makers in the business, and more towards women playing a larger role in farming diversification and productive partnerships.

“The study found that rural women were empowered by technology and that their contribution to management via technology positively affected the bottom line.

“The men, who perceived that they were incapable or uninterested in adopting technology, agreed that rural women’s interest in technology allowed them to gain substantial benefit from employing livestock management systems, in turn, increasing women’s status, resulting in more equal partnerships.”

Ms Hay said the responses from the interviews and the survey work reinforced one another with similar themes of dominance of the women’s role emerging, and of multiple benefits being generated.

“This study recognizes the importance of rural women’s use of and role in managing technology.

“Change agents aiming to increase women’s use of technology should acknowledge their role and embrace women as influential decision makers.”

Ms Hay said the importance of rural women may lead to change in the balance of power within the rural partnership.

“In addition, women’s involvement with technology may tip the balance when considering succession.

“The more technological the grazing property and business becomes, the more attractive it might be to a younger generation of graziers, which may counteract the current trend that lacks succession.”