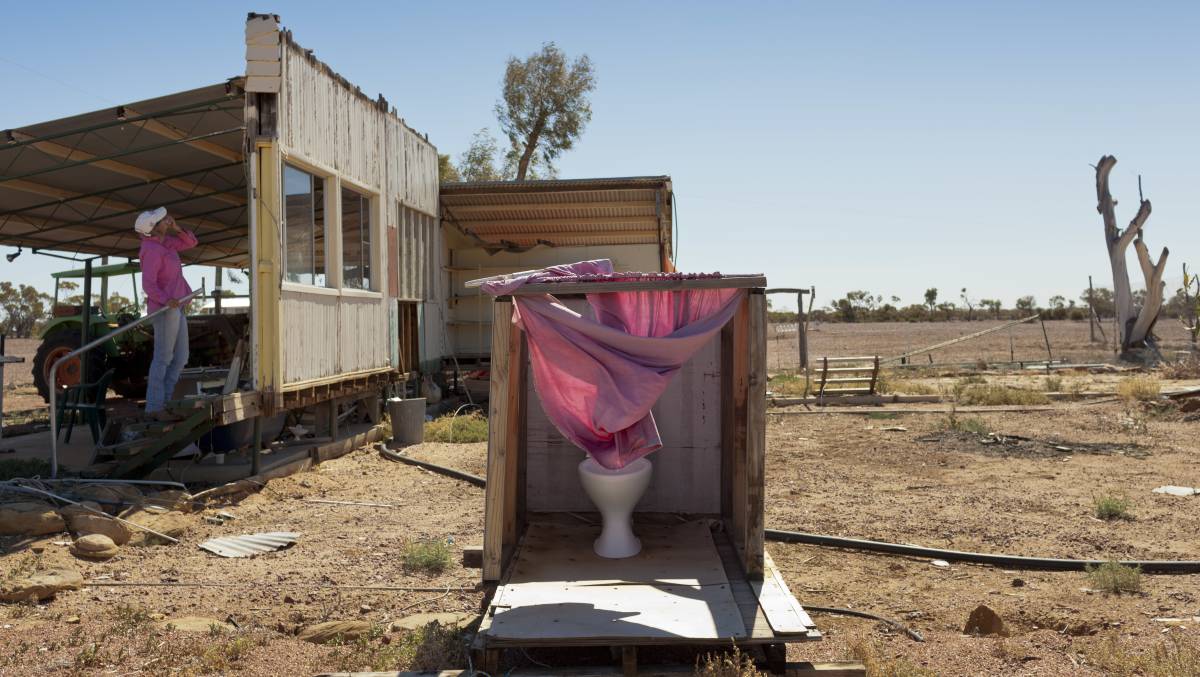 A photojournalism project by the Wesley Mission for Anti-Poverty Week has brought out the increasing cases of hardship being experienced by families in rural Queensland.

Five years ago, Anthony and Sue Moody were operating a viable beef business on their properties at Isisford and Barcaldine, never with much spare money but always “getting by”.

Thanks to a string of natural disasters and personal hardship, they now find themselves with one destroyed home, a bank account in tatters and a life spent apart as they take to the long paddock to keep the last of their stock alive.

Like many, all they have wanted to do is work hard on the land and leave a heritage for their children.

On the night of January 12, 2013 a tornado with winds in excess of 200kph ripped apart the station complex at Inkerman, west of Isisford, destroying seven of their 10 buildings. Three days later Mother Nature struck again, lifting power poles out of the ground and sending the Moody family running for cover in a hut.

The tarpaulins put up to protect the home became a giant swimming pool for the rain that fell, eventually sagging so heavily they pulled the weakened walls of the building inwards.

The Moodys were under-insured and have been unable to rebuild, and have put any money they had into feeding stock. They’ve endured a number of setbacks since – Sue contracted influenza type A last year and was on life support for 21 days.

Continuing drought saw Sue and Anthony take to the stock routes in July with their last remaining cattle in search of feed. Struggling financially, emotionally and physically to keep their remaining breeders alive, both in their mid-50s, this is their livelihood. 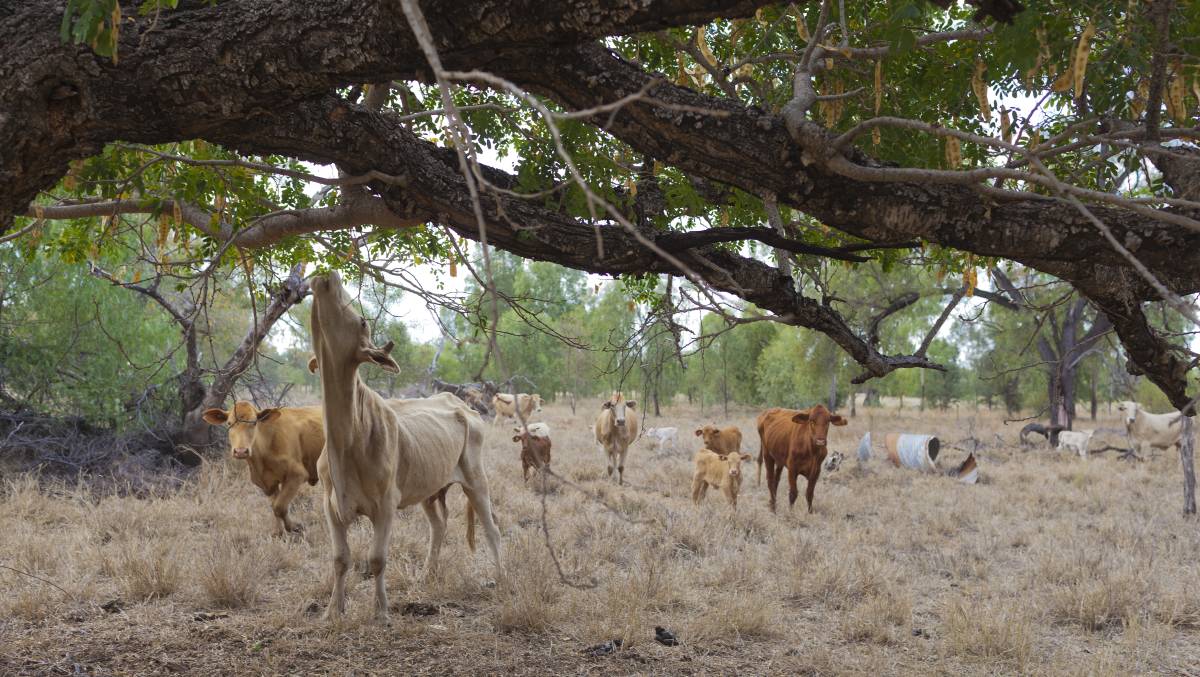 Making ends meet: Anthony and Sue Moody have been on the road with the last of their cattle since July, like many others. Their story has been documented in pictures for an Anti-Poverty Week exhibition. Photo: Libby Best.

It’s a story of an increasing number of people in the bush, and has been documented as part of the Wesley Mission’s aim to raise awareness of the hardship and poverty affecting more than one million Australians for Anti-Poverty Week.

The Through My Eyes collection of photographs was launched in mid-October and is hanging in the Brisbane Square Library until the end of November.

Sue was invited to speak at the Albert Street Uniting Church in Brisbane, telling an audience that included Queensland Governor Paul de Jersey what it has been like to be at home with a caretaker while her husband and two men have been on the road for the last 14 weeks. 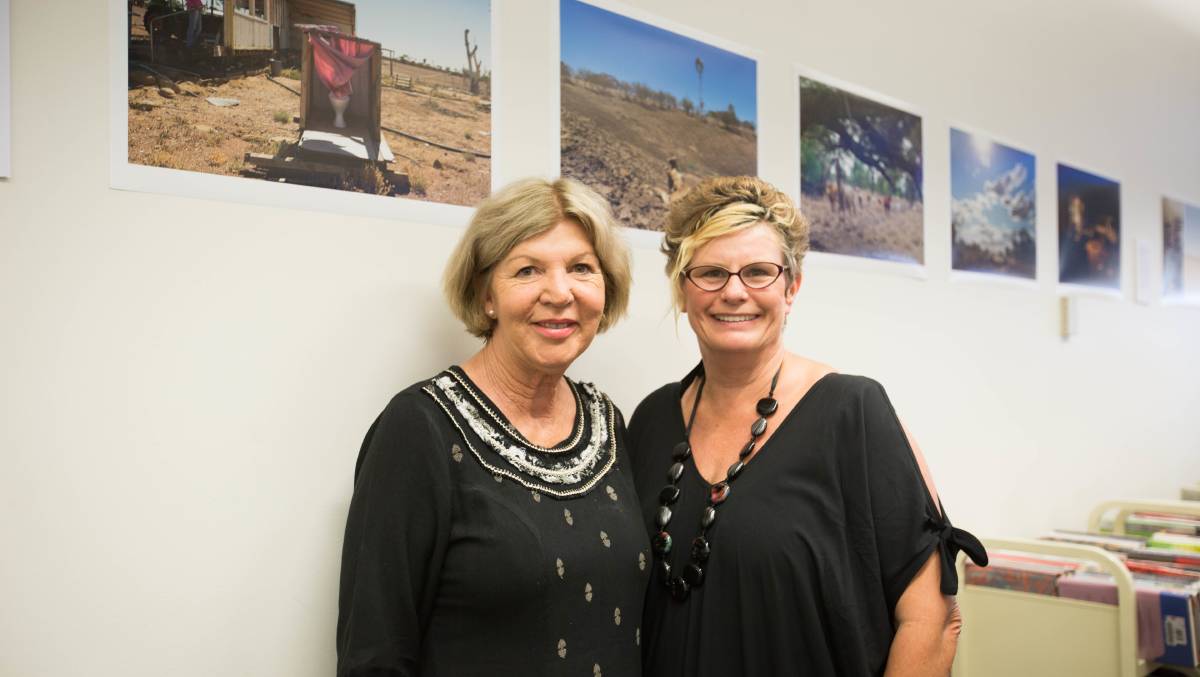 Sue Moody and photographer Libby Best, in front of Libby's photojournalism project done for the Wesley Mission for Anti-Poverty Week.

It’s a story that Brisbane photographer Libby Best was asked to document for the Wesley Mission’s photojournalism project.

She returned from five days behind a mob of cattle in tears, determined to give the Moody’s story of encroaching poverty a voice.

”Being a city slicker girl from Brisbane, I was oblivious to the word 'drought', until I spent five days with the Moodys fighting daily for their livelihood,” she said.

“I spent three days with Anthony's droving team (Kev and Mitch) and I slept in my car – I wanted to be amongst the action. I drove the calf cart, chased the cows, got them lunch and drinks, learnt how to use the two-way radio, and went without a shower for two days. 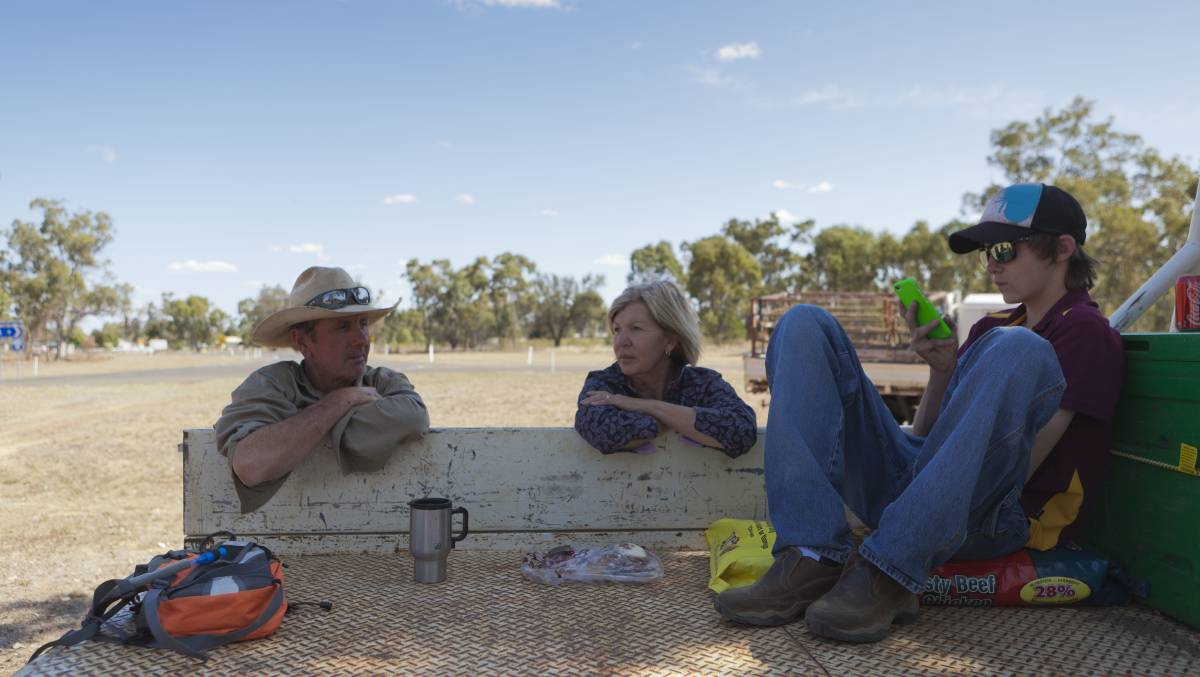 Anthony, Sue and Jack Moody on the road around Jericho with their cattle.

“Then I had two days with Sue at their Barcaldine property and I met lots of locals. We laughed and cried and talked and talked. Their hospitality was amazing and now I have a calf named after me.

“As I drove back to Longreach to fly home, I was quite emotional. This family needed a voice and I felt very privileged to be in their personal space and to tell their story,” she said.

Libby said while she was honoured to speak with the Moodys and tell their story, she wonders about the aftermath, when all the publicity has died down.

“I’d like to go back and see what happens to the family, and show the ripple effect it has in towns too.”