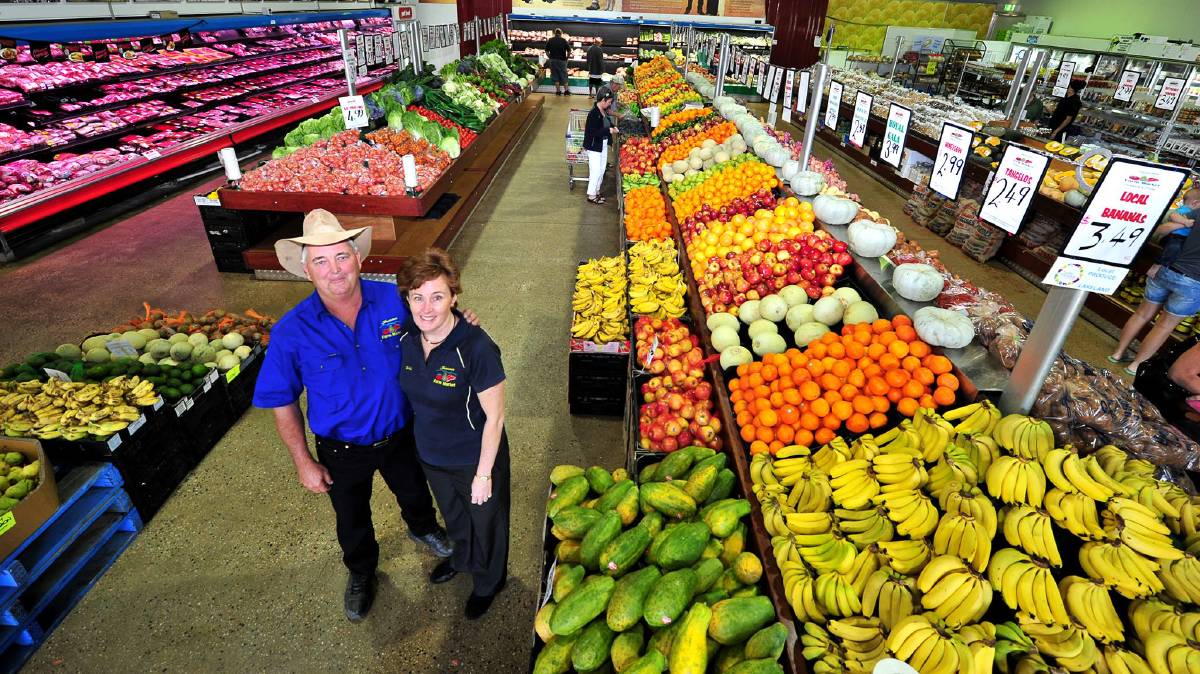 Jonsson's Farm Market owners Warren and Gail Jonsson at their wholesale and retail store in Cairns.

The growing trend of consumers shopping at local food markets has seen record sales for one 'paddock to plate' farm market retailer in Far North Queensland.

As supermarket shelves lay bare across Australia thanks to supply chain issues due to COVID-19, particularly in meat processing, people are becoming more aware of their food's origin.

With an increasing farmers' market shopping trend, the Jonsson family of Jonsson's Farm Market, Cairns, have built a name for themselves over the years as an alternative to the major supermarket chains.

With a 1000-head feed lot at Wombinoo Station, the Jonssons process and supply a steady stream of fresh beef to the far north. The family's store in Cairns has seen record meat sales in the last few months, with the increased customer demand proving to be a great financial opportunity for their livestock business.

Since establishing a feedlot at Wombinoo Station in 2012, 50km south of Mt Garnett, the Jonssons have enjoyed a steady supply of fresh meat.

Managing the 36,000 hectare property on behalf of his parents Warren and Gail Jonsson, fourth generation farmer Dean and his wife Emmalee, parents to Will and Colby, run a herd of 5000 breeders and progeny.

With record prices for cattle favouring producers, Mr Jonsson said the family has never looked back.

"Cattle prices are better again but saying that, the price for steel, diesel, wages, fertilizer has all gone up," Mr Jonsson said.

"Many years ago, our cattle herd consisted of Santa Gertrudis and Brahmans and in the last 15 years, we have purchased black Brangus stud heifers and started breeding a few bulls.

"We've imported embryos from the US and gone on to breed a few bulls, and we still breed a few to this day." 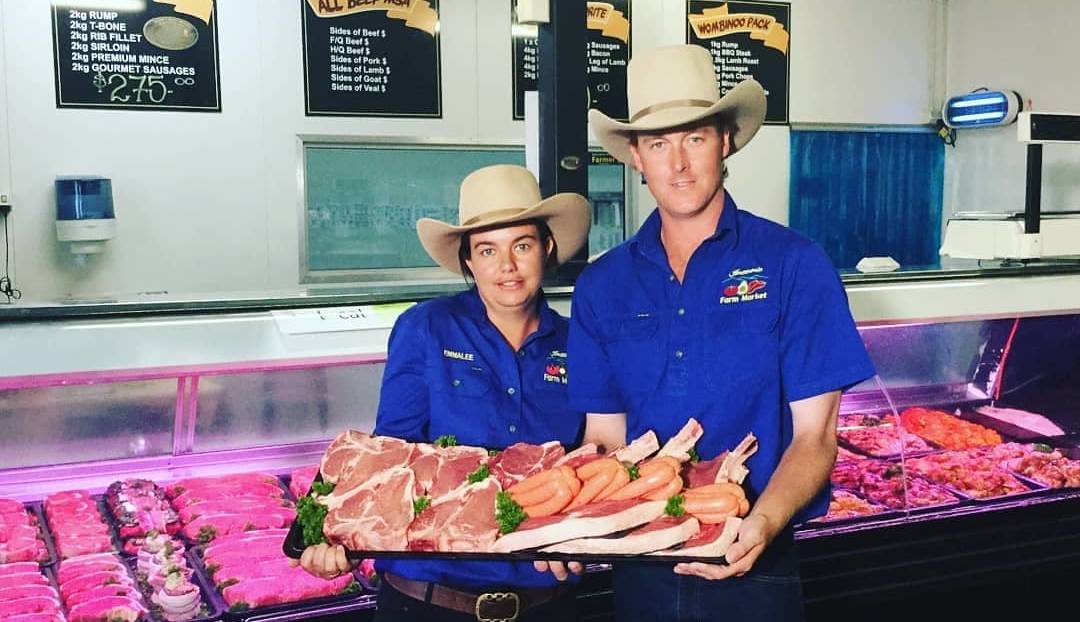 The Jonssons keep all their weaners to enter the feedlot at around 380-400kg, where they are fed a ration of corn silage

"We find the best time to feed cattle is around August through to Christmas when it's nice and hot and when we get minimal rain," he said.

"Our cattle in the feedlot average around 1.7kg a day and we feed them a silage-based corn ration, which is grown on farm."

After experiencing a drought in 2015, Mr Jonsson said the property has gone on to have one of their best wet seasons, recording 240 millimetres since Christmas.

"We recorded a really good season last year - one of the best seasons we had was in 2021," he said.

"The feedlot has certainly had its ups and downs, especially when it got pretty dry in 2015 and the feedlot got pretty flogged. We had to feed cattle flat out to relieve the paddocks."

The Jonssons supply meat to Farm Market 365 days of the year. 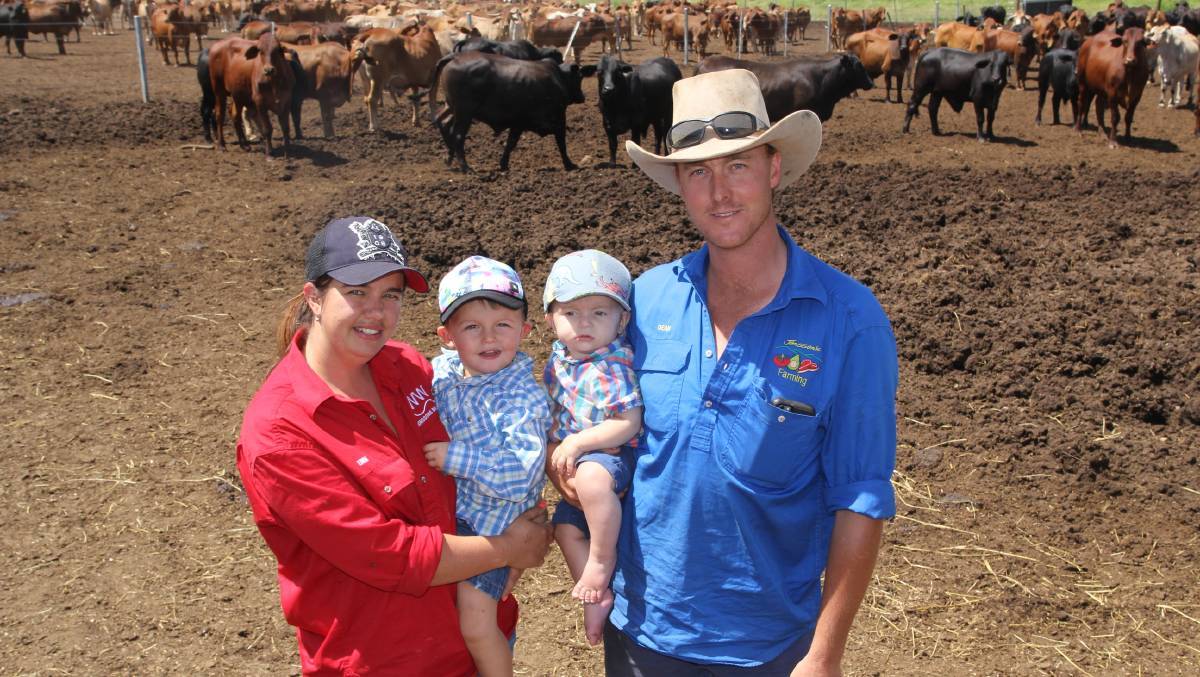 North Queensland Register visited Dean and his wife Emmalee, at their feedlot on Wombinoo, Mt Garnet, back in 2016. Picture: Wombinoo Station in 2016,

Mr Jonsson said supplying meat to the local farm market store reduces costs on transportation, agency fees and other expenses that are incurred when sending products to the southern markets.

"Consumers buying our meat and produce definitely cuts out the middleman I guess," he said.

"We put about 500 head through the Cairns store a season. Obviously we turn off more than that and the rest of the cattle are sent to JBS Townville Mackay, Rockhampton or onto the boats." "Obviously the major supermarkets like Coles and Woolworths have to process and transport their meat from down south, whereas our beef is all locally sourced," Mr Harris said.

"Our sales did go up a bit last year when COVID started and we were able to source fresh products locally."

Mr Harris said consumers have always had a hunger for locally sourced food.

"I think consumers want to support their local communities and probably stay away from the big shopping centers and prefer to buy from the local farmers' markets," he said.

"That's never ever going to be a problem for us and we're able to fill the demand."