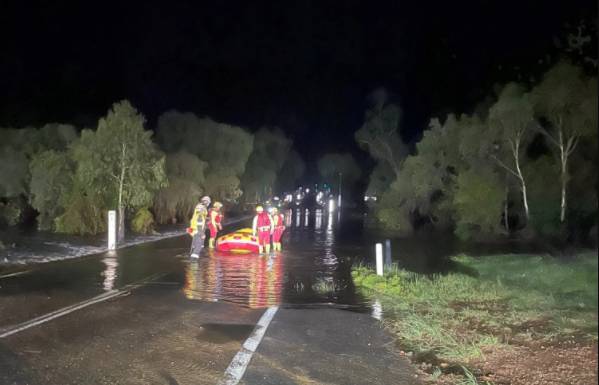 Emergency services have been kept busy with a number of floodwater rescues over the past ten hours in the state's far north.

Widespread rainfall fell across the region on Monday, as ex-Tropical Cyclone Tiffany made landfall as a category two system at Cape York Peninsula, dumping inches of rain across the far north.

Two Mossman residents were rescued on Monday after the four-wheel-drive they were driving was swept off Euluma Creek Road.

Around 5:30pm, the couple in their eighties, attempted to drive through the causeway. The driver lost control of his steering after hitting a submerged object which pushed the car off the causeway. 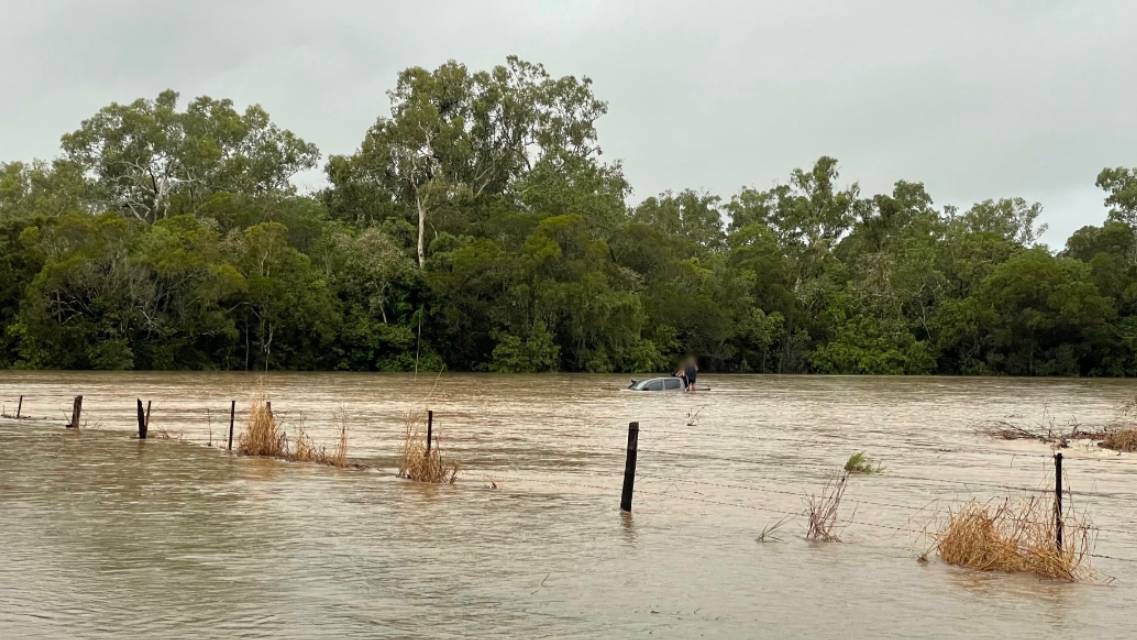 Two Mossman residents on the back of their four-wheel-drive, after it was swept off Euluma Creek Road on Monday.

Both occupants managed to escape the cabin of the vehicle to the rear tray.

"We see motorists take these unnecessary risks every time an event such as this happens," Mr Hodgman said.

"It was something the driver could not see which could have had serious consequences for both people in this car.

"This couple can thank a pair of quick-thinking local men who were able to safely rescue them before emergency services arrived."

Three people were rescued from floodwaters on the Mulligan Highway, near Mount Carbine early Tuesday morning.

In a separate rescue operation, around 12:30am on Tuesday morning, a car containing three people was swept off the Mulligan Highway into the Mcleod River, near Mount Carbine.

All three people inside managed to escape the car, as it began to submerge.

The three spent the next three hours clinging to trees, with other motorists keeping lights on them as they waited for emergency services.

Members from the Fire and Rescue Service swift water rescue team along with police and paramedics have arrived, rescuing all three.

One person was taken to Mareeba hospital suffering from shock.

Chief Superintendent Hodgman said the trio drove past motorists stopped at the floodwater to attempt to cross it.

"We applaud those who are listening to our message and stopping at flooded roads," he said.

"Those who think they are brave in attempting to cross floodwaters are putting their lives at risk. Every decision a driver makes behind the wheel, matters.

"The decision to drive through floodwaters could ultimately cost your life, or the life of those you value.

"Nothing is worth the risk. If it's flooded - forget it."