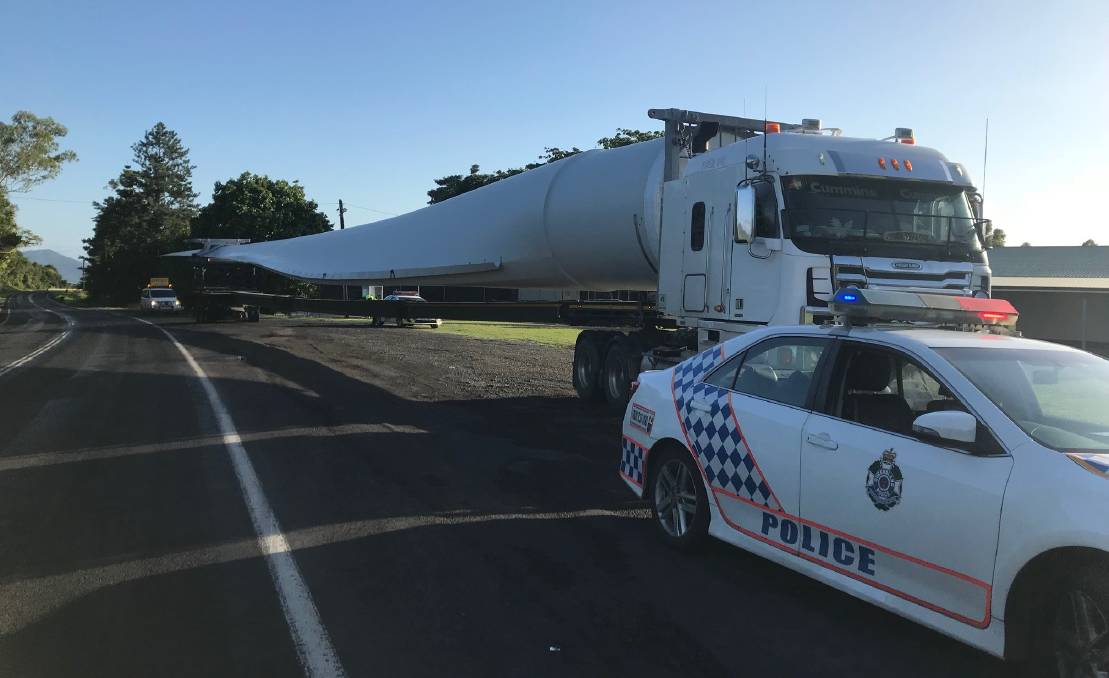 The project will take four to six months and interruptions to travel can be expected.

Police are urging far north Queensland motorists to be patient as the first of a number of wide load escorts, transporting windmill parts from Cairns to the Kaban windfarm, begin in late January.

Cairns port is currently holding 28 turbines destined for the Kaban windfarm near Ravenshoe, with each blade measuring in at 65 metres in length and weighing 58 tonnes.

Wide load escorts will be travelling under police escort from Portsmith, Cairns along the Bruce Highway before making their way up the Palmerston Highway and onto Kaban. 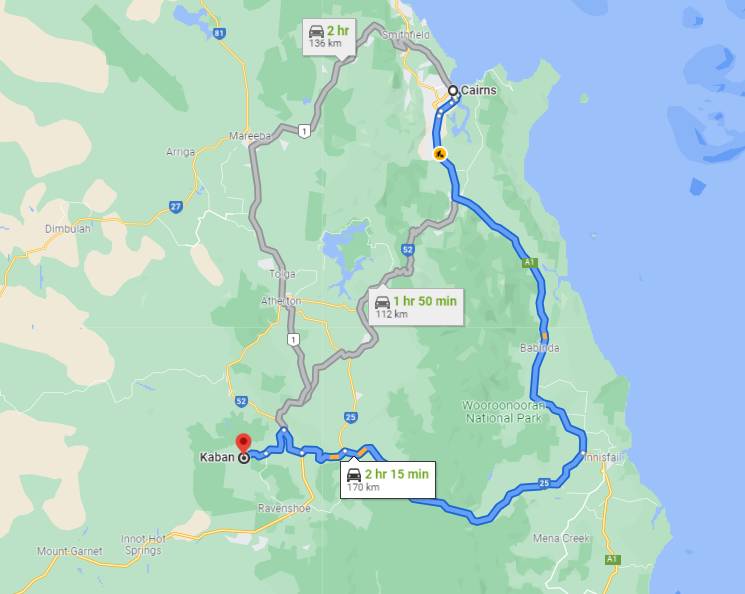 The route from Cairns to Kaban. Image: Google maps

Escorts will start at around 3.45am and finish at Kaban anywhere between 8am and 10am.

Queensland Police Senior Constable Martin Shephard said there may be interruptions to people travelling during this time.

Senior Constable Shepherd said it was important that motorists have a better understanding of what is involved and what you need to do if you come across a wide load escort in their travels.

"You need to slow down immediately and work out where you can safely pull over to the side of the road and wait for the over-sized vehicle to pass," Mr Shepherd said. .

"The distance from the first pilot to the oversize load will vary according to the circumstances, but is unlikely to be more than two kilometres.

"If you see police escorting the oversize load, you will have to move to the side of the road to allow it to pass.

"The safest course of action is to pull over off to the side of the road and stop. The oversize vehicle won't take long to pass. The safest place may well be a driveway or an intersection." 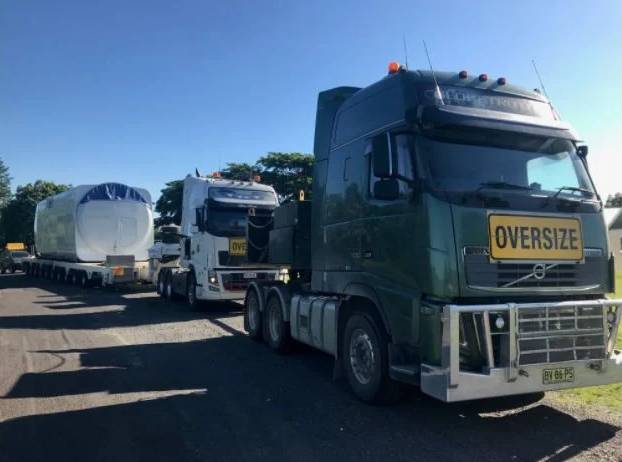 The wide load escorts will take between four to six months to complete.

Motorists can listen in on Channel 40

"If you have one available, listen in and you will be able to ascertain the dimensions and work out how much room it needs to safely pass," he said.

Senior Constable Shepherd said if motorists come up behind an oversize load under escort, they should not try to overtake the load until an indication to do so is given by the pilot.

"Firstly, be patient, as the load is not allowed to exceed the prevailing speed limit or 80 km/h, whichever is lower," he said.

"If you have access to UHF channel 40 listen in. The pilot may give you instructions as to where and when you can overtake if it's safe to do so. They may provide additional information about their intended travel.

"You can also advise them that you are following. Escorted oversize loads will move out of the way from time to time, when safe, to allow following traffic to pass."