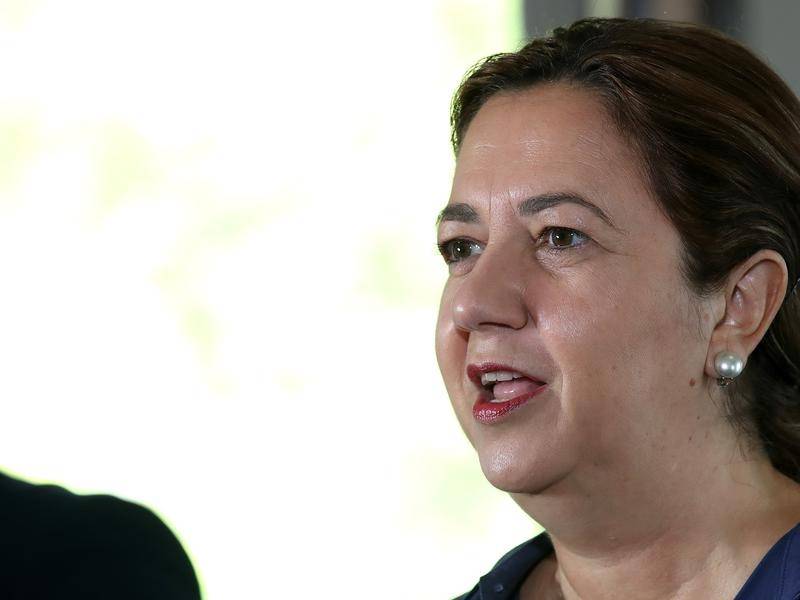 From January 1 travellers into Queensland from interstate hotspots can use a negative rapid antigen test to satisfy border pass requirements.

Queensland has caved in to mounting political pressure and will allow travellers from interstate hotspots to enter with a negative result from a Rapid Antigen Test.

"A PCR test will no longer be required."

The groundbreaking change comes as the state records another uptick in COVID-19 cases, reporting 1589 new cases in the past 24 hours.

There are 6368 active cases, but no patients are being treated in intensive care.

Omicron continues to be the more dominant strain of the virus, with almost 80 per cent of cases identified as the new variant.

Authorities said 35,002 tests were conducted, with another warning that numbers will continue to rise.

"I advised the premier that rapid antigen testing was an appropriate form of testing in the current environment for interstate travellers from hotspots like New South Wales," Dr Gerrard said.

He deflected concerns that the supply and availability of the test was an issue.

"Rapid antigen tests in Queensland at the moment are difficult to obtain ... we are led to believe they are available in New South Wales," Dr Gerrard said.

"The value of rapid antigen tests, as I'm sure most Australians are now aware, is in the context of widescale transmission of the virus.

"They are not as sensitive as PCR, so they can miss a proportion of positive cases, but in the context of widescale transmission, that's where they start to become useful - and we're entering that phase now."

Travellers will have to declare the results of their RAT in border applications.

Queensland's tough testing regime for visitors has come under fire, particularly from NSW.

Visitors to Queensland had required a negative PCR test within 72 hours of coming to the state.

Thousands of travellers only added to massive testing queues, waiting for hours to be swabbed.

Wait times for results are even longer, with the usual 24-hour turnaround blowing out to five days in some cases.

"There are people getting tests who don't have any symptoms, are not feeling unwell ... and are taking the place of people who are unwell or who are required to get a test by NSW Health," Mr Perrottet said.

Of the tens of thousands of travellers who have crossed state lines since the Queensland border reopened, only 0.6 per cent have recorded a positive result in the day five test.

READ MORE: Year in review: Looking back on the top stories of July 2021