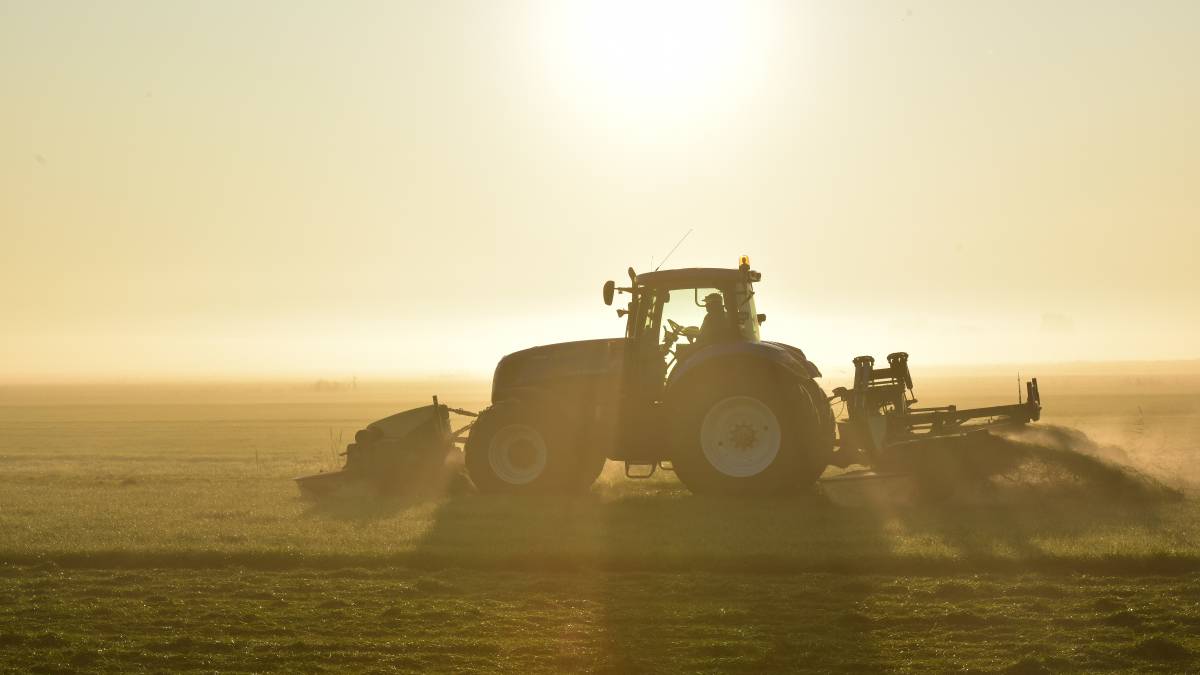 Changes recommended in the Productivity Commission's right to repair report would be a very big win for farmers if implemented. Picture: Shutterstock

The Productivity Commission has called for the federal government to introduce a repair supplies obligation for agricultural machinery.

The finding will come as no surprise to farmers, however a number of key recommendations have been made to improve access and increase competition.

The commission has called for the federal government to introduce a repair supplies obligation for agricultural machinery.

If implemented, this would require manufacturers to provide access to repair information and diagnostic software tools to machinery owners and independent repairers.

It was one of a number of recommendations made in the right to repair report, which was tabled in federal parliament on Wednesday.

The report examines challenges consumers face with repairs and warranties on a range of products from mobile phones and tablets to whitegoods and agricultural machinery.

Amending Australia's copyright laws to include fair dealing exceptions and methods to reduce harm caused to farmers by access issues were also assessed.

Assistant Treasurer Michael Sukkar said the government would "consider how the report's recommendations interact with existing policy to ensure costs and benefits are measured and appropriate, and provide our response early next year".

Mr Salardini said heading toward the next election, he hoped to see a commitment from both major parties to implement the recommendations.

"This needs to be the essential plan in any agricultural policy platform," he said.

"This will help every single farmer out there when it comes to repairing machinery or trying to get spare parts."

Concerns were raised during the consultation process that "product manufacturers are using their strong position in the repair markets for their products to impede access to these repair supplies".

A whopping 82 per cent of submissions "related to a 'refusal to deal', where manufacturers refused to provide repair supplies to anyone outside their authorised network".

These issues were commonly reported for agricultural machinery as well as motor vehicles, mobile phones and tablets.

Pricing, lack of repair choices and increased time and travel costs, particularly for people in regional and remote areas, were also barriers.

This will help every single farmer out there when it comes to repairing machinery or trying to get spare parts. - Ash Salardini

Consumer group Choice made two submissions during the consultation process.

Choice campaigns director Erin Turner said when preparing its submissions, it was clear people in regional areas faced a lot of barriers.

Ms Turner said consumers can't always drive down to the nearest Apple store or authorised dealership when a product breaks.

"We need more access to independent repairers and competition in Australia with regards to copyright and intellectual property," she said.

According to the report, "harm from restrictions on repair supplies was most evident and acute for agricultural machinery".

Using locally-based independent technicians or self-repair were the preferred options when it comes to repairing machinery, particularly at critical times like harvest.

"Some farmers claim that these dealers and manufacturers limit access to repair supplies (including diagnostic software tools) for machinery owners and independent repairers," the report states.

"This can lead to higher repair prices, additional effort and inconvenience (such as having to develop workarounds or undertake manual diagnosis due to lack of specialised diagnostic tools) and longer repair delays (creating avoidable financial losses from lost production).

"The high cost of switching between machinery brands (due to the high cost and durable nature of agricultural machinery) also means owners are often 'locked in' to their repair market." 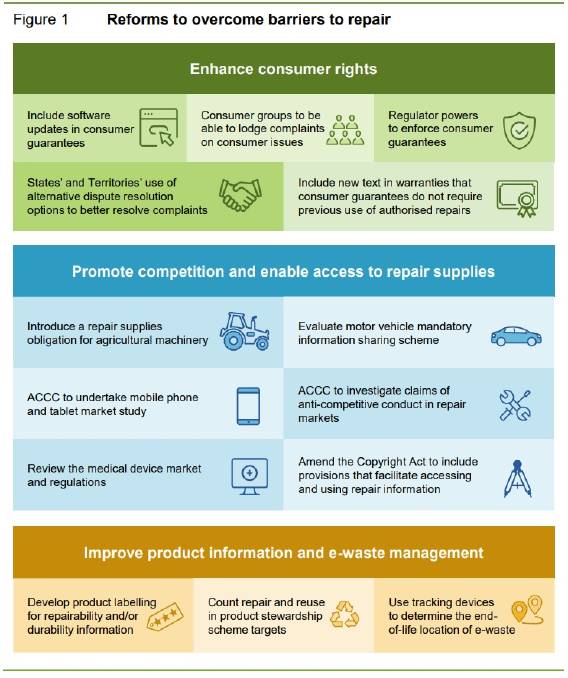 The Productivity Commission has made a number of reform recommendations to overcome barriers to repair.

In order to better evaluate the level of harm caused, the commission conducted an online survey of agricultural machinery owners.

A hefty 71pc of farmers would have opted to use athird-party repair provider if they had access to the repair supplies required.

GrainGrowers chairman Brett Hosking said this was in line with what they had heard, but was "almost surprised it wasn't 100pc".

These figures were higher for machines less than five years old, sitting at 52pc and 43pc, respectively.

It was also found 32pc had difficulty accessing spare parts and 28pc had problems getting repair manuals.

It was found 18pc of these losses were more than $25,000, compared with 5pc for third-party repairers.

There's scope in there for the machinery manufacturers to think about how they are going to service farmers in remote areas. - Brett Hosking

The commission also identified a number of ways harm was being caused to machinery owners through higher prices.

Given the expensive and durable nature of agricultural machinery, switching brands was difficult and there were also constraints on interbrand data portability.

According to the report, more than half of the market for new machinery is dominated by a few prominent manufacturers and concentration was likely much higher in some regions.

The commission stated this suggested better access to repair supplies could reduce travel costs and repair delays for farmers.

Mr Hosking said the current system was broken and precluded farmers from using highly-qualified independent technicians who might be closer to them.

"There's scope in there for the machinery manufacturers to think about how they are going to service farmers in remote areas," Mr Hosking said.

"A lot of manufacturers are using software to lock down their products, preventing consumers or third parties from making really simple fixes," she said.

It was recommended the Copyright Act 1968 be amended to "include a new 'use' exception that allows for the reproduction and sharing of repair information under certain circumstances".

Introducing a fair dealing exception would allow for the reproduction and sharing of repair information.

"This would allow repair activities to be explicitly and immediately embedded in the copyright exception regime," the report states.

"Moreover, to improve consistency in the regime, the prohibition on repairers sharing or obtaining tools for circumventing digital locks should be removed."

The commission found there was "strong evidence that manufacturers and dealers are restricting access to repair supplies for agricultural machinery (including repair manuals, diagnostic software tools and spare parts)".

A similar repair supplies obligation has been established for the motor vehicle industry and is set to commence in July 2022.

"The proposed scheme would require manufacturers to provide access to repair information and diagnostic software tools to machinery owners and independent repairers on fair and reasonable commercial terms," the report states.

"This coverage of supplies reflects that repair information and diagnostic software tools are particularly difficult to access for both farmers and independent repairers."

Although access to spare parts had been raised as an issue, the commission did not recommend initially including this area.

Manufacturers and dealers had raised concerns about the unintended safety risks of this obligation.

The commission said the scheme should be designed in a way to manage these risks.

Mr Salardini said NFF was willing to work with manufacturers and dealers to address concerns around safety or unintended costs.

"Right to repair policies exist overseas in the US and EU so all these things are quite workable," he said.

"Let's all work together to get something for the benefit of all."

The story Right to repair recommendations would 'help every single farmer' first appeared on Farm Online.