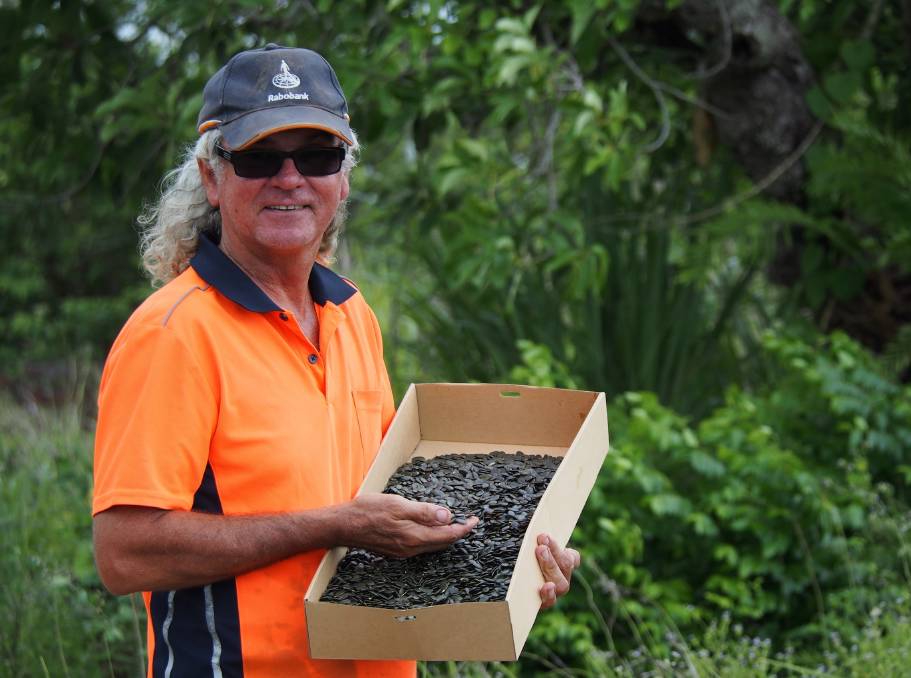 Tully producers have started trialling a pumpkin variety known for its seeds rather than flesh in a bid to expand the industry that's based in Victoria.

Bilyana brothers Michael and Peter Ottone are one of three Far North Queensland families who are trialling edible pumpkin seed crops for the first time in the Tully region.

The Ottones, who are cane, pineapple and pumpkin producers, planted five hectares this year, after a test block last year.

"This Styrian pumpkin variety is a little different - its seeds naturally have no outer shell or husk, making them easier to process and eat," Peter said.

Most pumpkin seeds eaten in Australia are imported pepitas, largely from China.

While it's now based in Victoria, the business is looking for more farmers to come on board in the north to expand their supply operation. 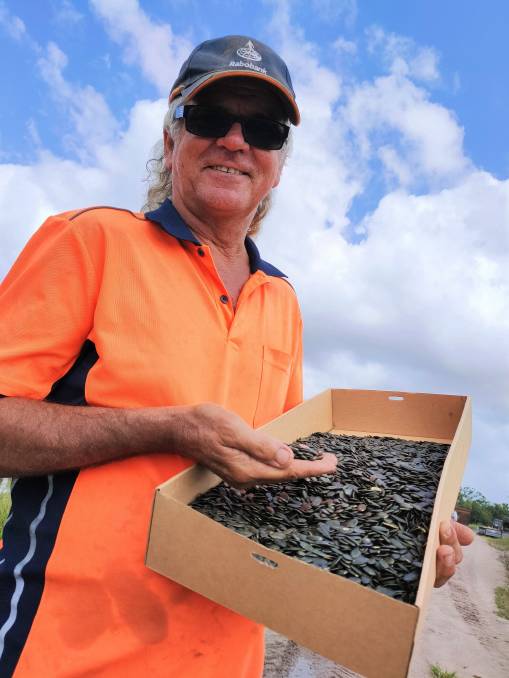 The Ottones learned about the industry through a Soil Health Innovation Tour to Victoria, organised by the Wet Tropics region's natural resources management organisation Terrain NRM.

"I didn't know anything about this crop before the trip but after visiting the growers I was interested to give it a go," Mr Ottone said.

"We see pumpkin seeds in our kids' cereal, in breads and as snacks, and pretty much all of it is coming from outside Australia. We already grow organic pumpkins, so this is a new challenge for us."

Queensland Department of Agriculture and Fisheries' Jodie Tubb sees potential for seed production in the Far North, especially given pumpkins are already a crop in the region.

Ms Tubb has overseen trials on farms from Tully to Rollingstone in the past two years, after deliveries of seeds and harvesting equipment from Pepo Farms following the soil health innovation tour. 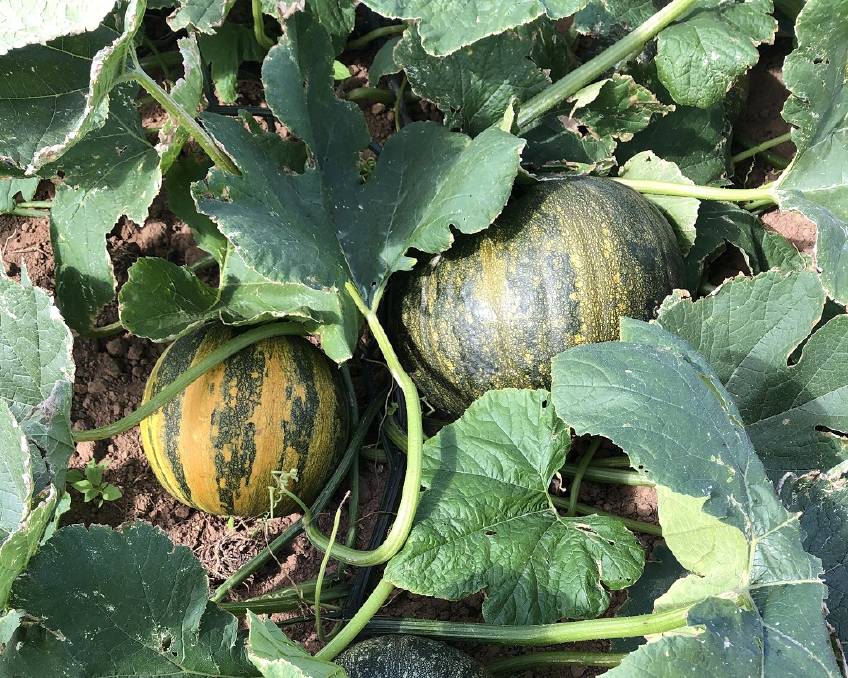 "The crops that have been trialled up here look good," she said.

"Elements that we need to fine-tune include row spacings, when the crop is planted and management systems.

"Farmers didn't get the returns this year, based on last year's calculations. Coronavirus restrictions caused some issues, with travel restrictions between Victoria and Queensland, and with labour shortages causing harvesting delays."

The Ottone brothers say earlier plantings would be recommended for the Far North.

"The biggest thing is getting a good crop and we were pretty happy with it,'' Peter said.

"But we didn't get anywhere near the tonnage we were hoping for, and with a later harvest than ideal, we had softer pumpkins, making harvesting more labour intensive.

"Future considerations would be planting the seeds a lot closer and planting a bit earlier in the season, so the harvest is also at a time when we're not busy with other crops."

Three-quarters of Australia's edible pumpkin seed crop is eaten as a healthy snack.

A quarter of the crop is pressed into pumpkin seed oil.

The compressed dry matter is used to make gluten-free and vegan-friendly flour used for cooking, athlete supplements and pet food. The rest of the pumpkin, which has a bitter taste and high water content, goes back into the paddock as mulch for soil health.

The harvesting machine has a spiked wheel to pick the pumpkins, which are then dropped mechanically into a crushing drum and pulverised into small chunks.

The seeds are collected and they go through a washing and drying machine before being packed.