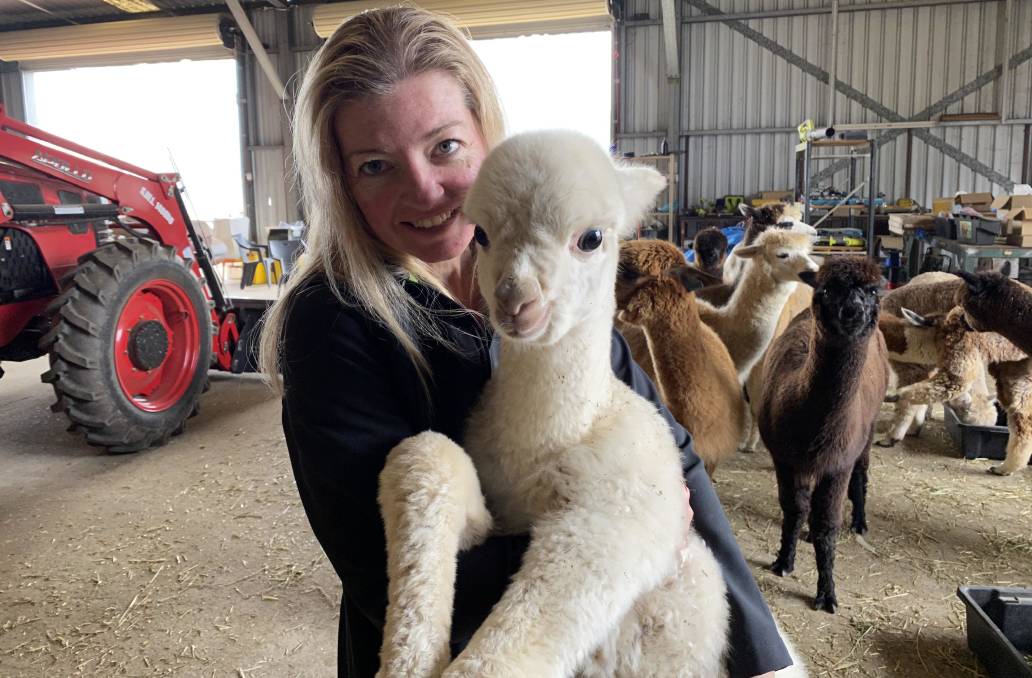 Queensland alpaca breeders Raelene and Brian Donovan have a farm at Wivenhoe Pocket and were inspired to start up a mill by their own difficulties figuring out how to make a reasonable profit from their fleeces.

"Being in Queensland it's difficult, you've got to send your fleeces to buyers who pay you low amounts down south and it all goes off to China and they only want white as a general rule so it all ended up getting lobbed on the mezzanine floor," Mr Donovan said.

"What we found then is the only options that were available were small mini mills and when you amass 300kg, they'll either give you $5/kg if you're lucky for it ... or the price to get it turned to yarn starts to be about $300,000 when you get that sort of quantity.

"Our original focus was to focus at the knitted end because that's where the money is, you don't get any money for the fleece, yarn get the money but you get more money for the knitted stuff so I ended up with a computerised knitting machine and a rugmaker that makes carpet."

Mr Donovan said the next problem was sourcing yarn to created the knitted items, so they decided to process their own through the Pocket Farm fibre mill, which has begun buying fleeces.

As well as processing raw fleece into yarn, the mill will also be able to make retail products such as knitwear and scarves to be returned to breeders, who can then sell them to add value to their businesses.

"In Queensland we don't know of any other mills that have been set up specifically to do alpaca... the other ones in Australia are basically what you would call mini mills," Mr Donovan said.

The mill will start processing on a subcontract basis from about April, and while focused on alpaca wool, will also be able to process Angora, cashmere and Merino wool.

"We expect to have a big push in the next month to get everything up and running by the end of December, iron the bugs in the new year and then say we're accepting fleece to send back to people as yarn or whatever else they want," Mr Donovan said.

"I've got a guy who's putting in a building now, instead of selling his fleece he's going to be selling scarves, beanies and yarn because he has an Airbnb and he has a lot of people who come and visit his alpaca farm on bus tours and they always want to go away with something."