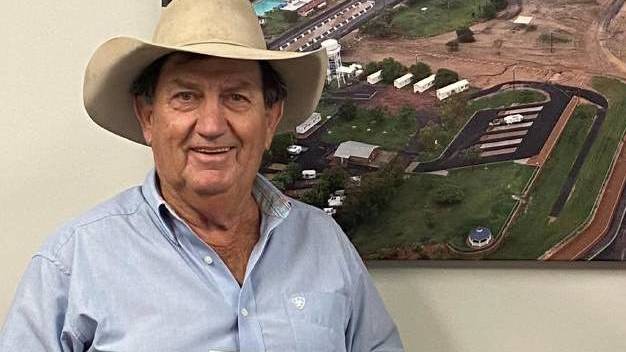 Richmond Mayor John Wharton has been charged over an alcohol-fuelled assault on two female security guards in the town's horse racing weekend.

Richmond Mayor John Wharton has been charged with an alcohol-fuelled assault on two female security guards in the town's horse racing weekend and says he will contest the matter in court.

Police have charged Cr Wharton for allegedly assaulting the women in a venue on Racecourse Rd, Richmond, about 9.15pm on August 28.

The incident occurred on the night of the annual Richmond Bush Sprints.

Police said Mr Wharton was charged with two counts of common assault and creating a disturbance in a licensed premises.

The 68-year-old won't be standing aside during the proceedings and has indicated he's planning to fight the charges in court.

He's due to appear in Richmond Magistrates Court on Wednesday.

Cr Wharton is the longest serving mayor in Queensland history.

He was first elected to the Richmond Shire Council in 1991 and has been mayor since 1997.

In 2007, he was made a Member of the Order of Australia for his service to the community.