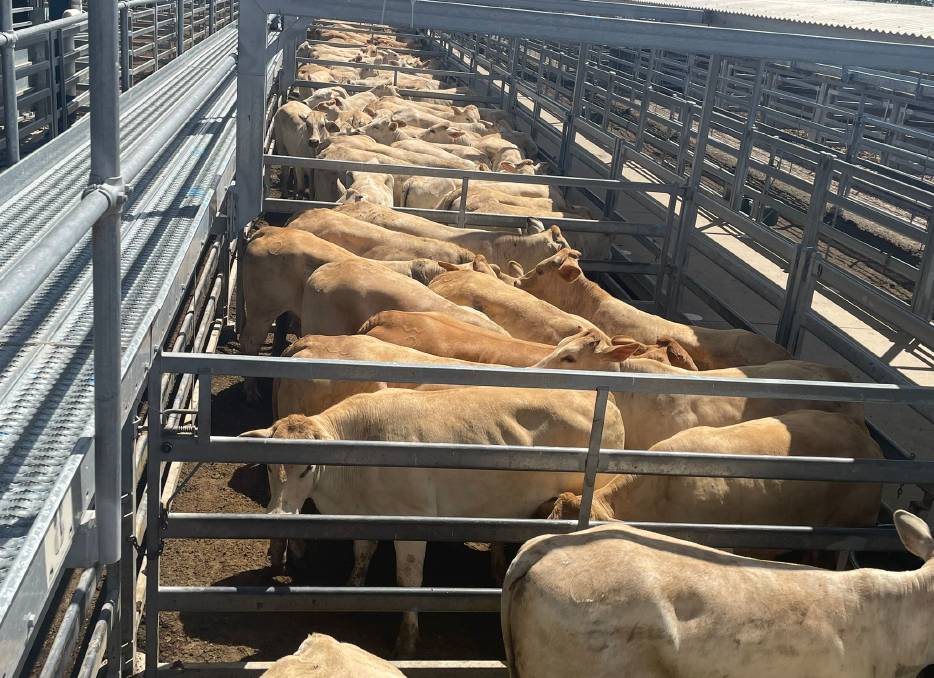 An offering from Essex Grazing, Middlemount, of 325 Charbray heifers made 600c/kg and weighed 370kg to return $2221/hd during the CQLX prime and store cattle sale.

A strong buying panel of processors, feeders and restockers competed at Gracemere.

Due to the recent rainfall in some areas, CQLX Gracemere agents saw an increased yarding of 2950 head on Wednesday.

Cattle were once again drawn from the north to Mackay and Nebo, west to Clermont and the usual local areas.

A strong buying panel of processors, feeders and restockers competed to keep prices at or above last sale rates.