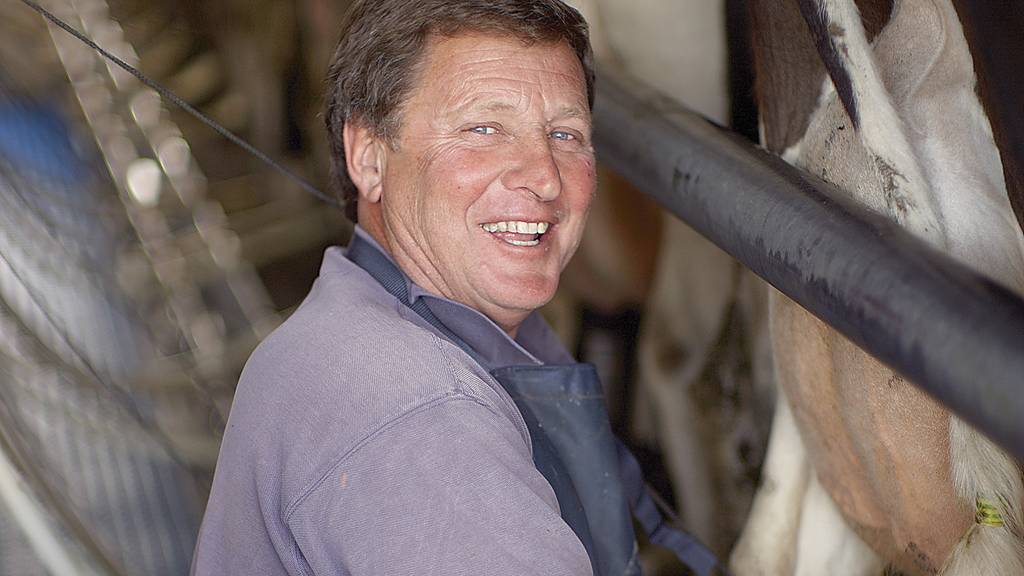 AWARD: Max Roberts, who became a dairy farmer after a career with the ABC, received the Australian Dairy Industry Council Outstanding Service Award on Wednesday.

Mr Roberts was announced as the Australian Dairy Industry Council Outstanding Service Award recipient for 2021 at its virtual annual breakfast.

ADIC deputy chair Grant Crothers said Mr Roberts was a big character and a big face in the dairy industry for many years.

"It is most unlikely there will be another Max ... they broke the mould after Max was born," he said.

Mr Roberts started dairy farming in the Bega Valley in 1982, after a career as an ABC journalist and broadcaster.

Mr Roberts was appointed to the Dairy Australia board in July 2003, when the organisation was established as a single, industry-owned company through the merger of the Australian Dairy Corporation and the Dairy Research and Development Corporation.

Mr Roberts was also on the board of Bega Cheese, stepping down in 2019, but staying on the board temporarily as an alternate director and acting chair for Barry Irvin, while he recovered from cancer treatment.

In this capacity in 2020, he helped support the company's suppliers and dairy farm communities hit by devastating bushfires.

Mr Roberts said he had not expected the award and was humbled to receive it.

"(There were) a few noisy meetings... but that's part of being the dairy industry."

He urged young people to take on leadership positions in the industry, saying people could gain more than they realised from being involved.

"I got experience through all the things I did for the dairy industry that you don't normally get," he said.

"It added enormously to my own personal development and also my business development."

Experiences included representing the industry at summits and in trade negotiations around the world, as well as being able to visit farms around Australia and see how others managed their farms.

"I do encourage the next generation to take on the roles that are so important in representing our dairy industry and in making sure it does carry on into the future," Mr Roberts said.