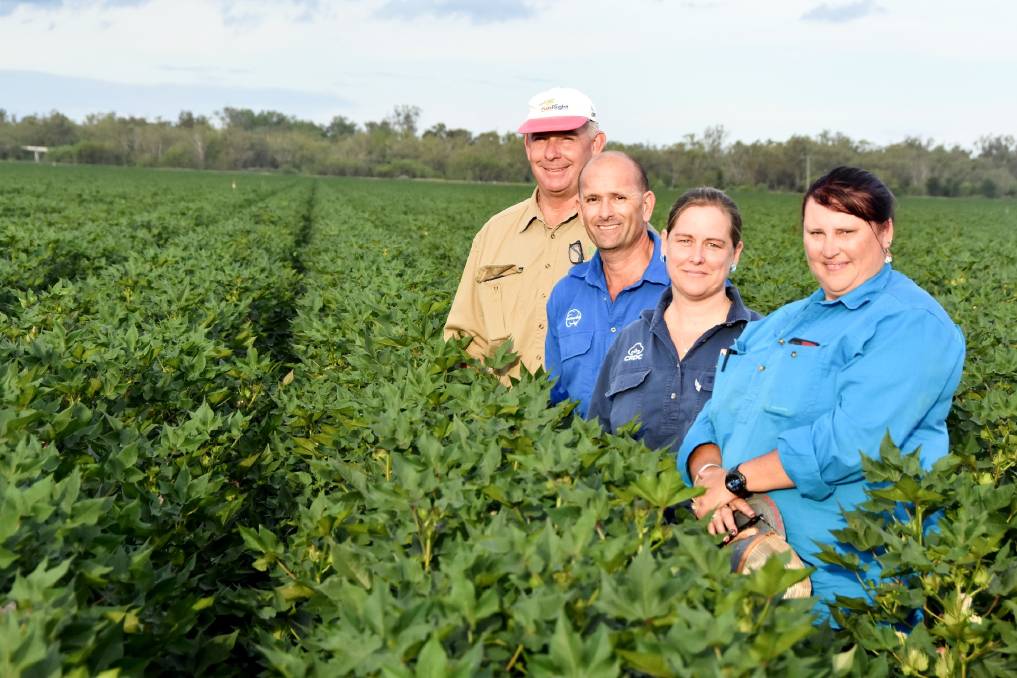 Early winter sown cotton in the subtropics could soon become a reality.

The prospects of early winter sowing cotton in Central Queensland could soon become a reality, following the on-going success of a recent winter cropping trial at Comet, 40km east of Emerald.

Exposure to rising temperatures and extreme rainfall during mid-summer continues to impact the establishment, growth, development and lint yield of cotton grown in the subtropics.

Driven to avoid coinciding boll development and harvest with extreme weather, Cotton Research and Development Corporation (CRDC) funded a trial to determine if late-winter sowing was a possibility 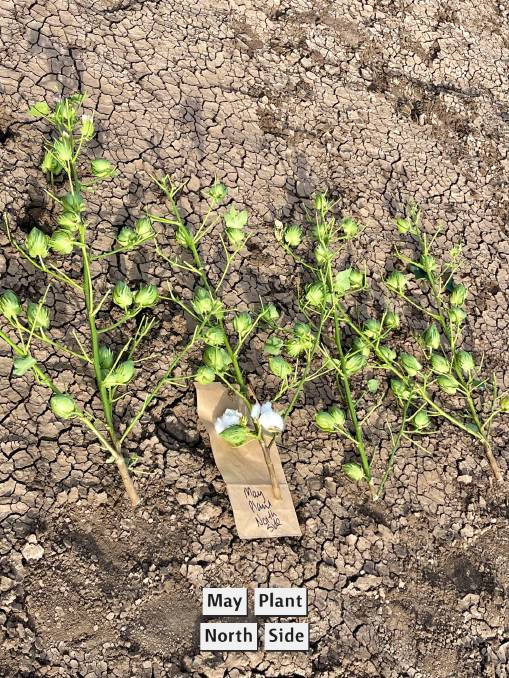 "We originally started doing research about eight years ago looking at August sown cotton, and that's worked, and the reason it worked well is we bought flowering and boll fill earlier into spring," Mr Grundy said.

"We then decided to look at early winter plantings, with the idea being that we bring all of the boll filling and flowering period of the crop into that spring period, and hopefully we bring forward picking into early summer.

"We have optimal sunshine in central Queensland during the spring months, and we also avoid heatwaves at this time of year.

"Importantly, if we can get it picked that bit earlier, we're getting further away from those monsoonal influences that have caused havoc for growers." 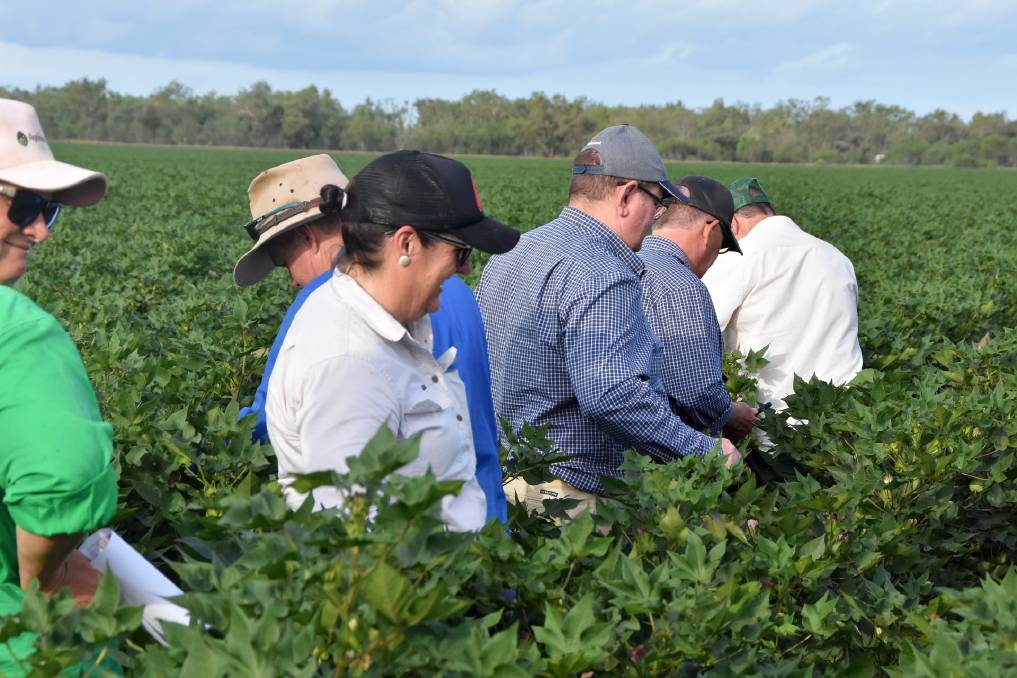 CRDC and DAF recently held a winter cotton field walk for growers and advisors on the Central Highlands on Tuesday.

Mr Grundy said that time was optimal as flowering could capture more of the sweet spot enabling high yields and even earlier harvest.

"Central Queensland always had climatic challenges, so I guess it's caused us to think about how to grow this crop a little bit differently," he said.

"The freedom we have here is being a bit warmer than our southern production areas, and you've got the flexibility to do this.

"Obviously, it's too cold to do this on the Darling Downs, but it's just warm enough in the subtropics to do it.

"Rather than being constrained about when we can plant, we can kind of plant all year round here."

There were potential challenges including frost, limited canopy light interception and integrating winter sowing with the current RMP.

"One of the challenges with growing cotton in winter is the way in which we grow cotton, which is determined by planting window," Mr Grundy said.

"That planting window is about managing insects and we ideally don't want cotton planted all year round, because that's going to cause insect problems, and jeopardize the sustainability of the bollgard technology.

"At this stage, we're trying to learn about the crops response and we're looking at the agronomy of the crop in relation to the climate and the other key aspect of this trial is we're collecting a lot of insect data as well." 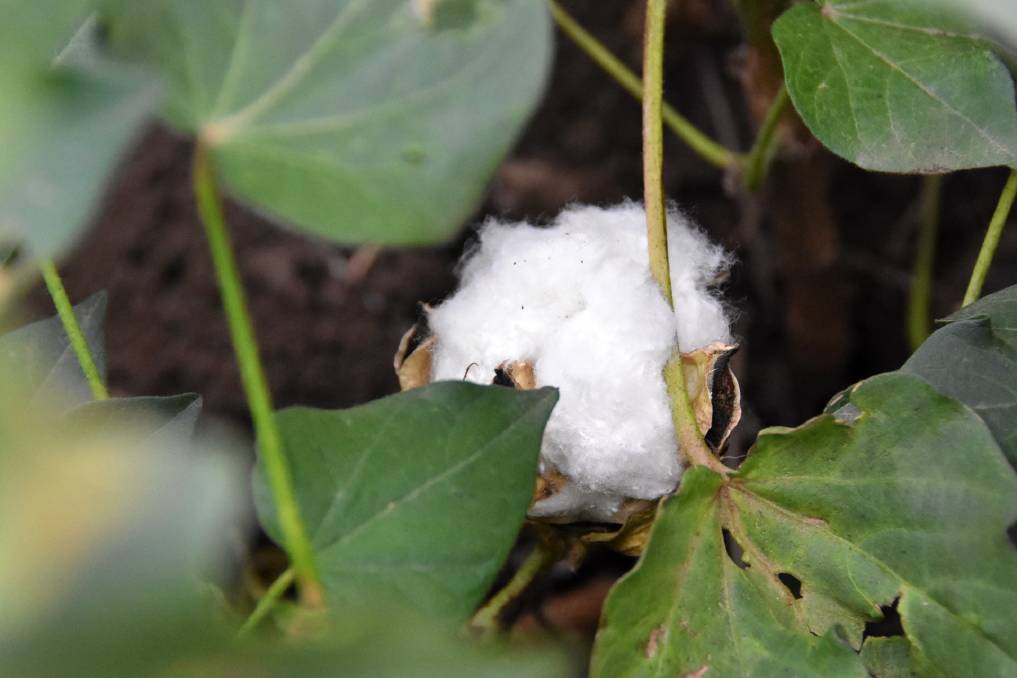 First flower was attained on October 1 (May sown), October 12 (June sown), and October 27 (August sown), for each sowing time respectively.

Though early winter sowing may prove a useful adaptation before 2030, Mr Grundy said they're not expecting the industry to adopt in the next two or three years.

"We're looking at this more from the point of view that by 2030 with climate change, it's probably going to be a bit warmer again in winter and our summers are probably going to get a bit more extreme, so this becomes more in the realm of look maybe we've got to start making changes," he said.

"There are also new transgenic technologies that are in the pipeline. The flexibility around planting in a different window might come with that new technology, which is expected very early 2030."

Growers' eyes set on the future

It is the first time Comet cotton grower Neek Morawitz has planted a commercial scale winter cotton crop which he said was performing well above expectations.

"Being tested in limited water years is kind of what drives growers to think out of the square. Trying to fit better with the weather patterns will enable us to yield more cotton and of a higher quality," he said.

"I think it's exciting and I see potential and I see options for the future and it's important that we keep an open mind to what the future can be.

"The cotton industry has always been proactive in exploration of new ideas and new ways to grow cotton and it's vitally important that we do these trials because that's how we learn."

The crop is expected to be defoliated in late December with harvest predicted in early 2022.