Dimbulah mango and citrus grower has been crowned FNQ Farmer of the Year. 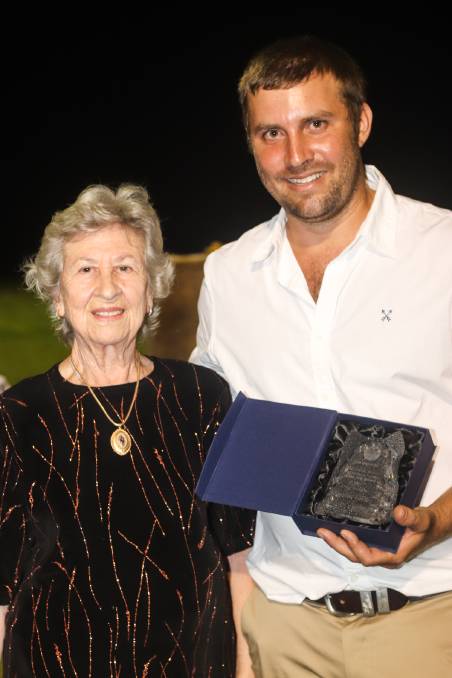 Dimbulah producer Raymond Courtice has been named the 2021 Charlie Nastasi Horticultural Farmer of the Year.

Presented at the FNQ Growers Gala Dinner in Mareeba on Saturday night, the award recognises growers for the industry-leading work they do on their own operations or as part of an industry or community organisation.

In just a few years Mr Courtice has established a state-of-the-art packhouse, managed a quarantine facility, and became the first Queensland mango grower to send fruit to Western Australia.

He said it had been an honour to be nominated, let alone take out the overall award.

"I looked at the other nominees and I saw the work that they'd all been doing and didn't think I was quite there," he said.

"It was a good feeling, I want to thankFNQ Growers and the Nastasis for the award, I appreciate it a lot and it means a lot to me."

Mr Courtice farms alongside his father on their 700 hectare farm at Dimbulah, west of Mareeba after migrating north from Bundaberg.

"We're originally avocado and mango growers in Bundaberg but we sold out back in 2007 and headed north," he said.

"We purchased a mango orchard here in Dimbulah and since then have developed and almost tripled our size of production in the last seven years.

"We are mainly mango growers, but have just diversified into mandarin and lemons to spread the season."

Mr Courtice has achieved quite a few things over the past few years.

"We've been exporting fruit to places like China and the US for four years and we had protocols and procedures in place already," he said.

"So we've now developed a protocol on the back of the export protocol that's now open to all growers if they want to follow the procedures to get into WA."

Mr Courtice said this will be their third year sending fruit to WA and that there was a lot of work involved initially, but it was a market they needed to crack.

"Basically the NT generally dry up about the first week of December," he said.

"We couldn't believe that those guys in WA never had mangos for Christmas.

"I think a few growers are starting to jump on board now too, mainly export producers."

Mr Courtice said the dinner was great and was extremely honoured to be recognised.

"It's good to get everyone together and understand where we're going forward and try to work together, and get out agents and reps from down south up so they can understand how big of a fruit bowl we've got here and how large we're growing."

FNQ Growers president Joe Moro said each of the three nominees were worthy of the award, and all were shining examples of the future of the horticulture industry in Far North Queensland.

"Choosing a winner is always difficult and this year was no different, with a fair amount of deliberation by the judges," Mr Moro said.