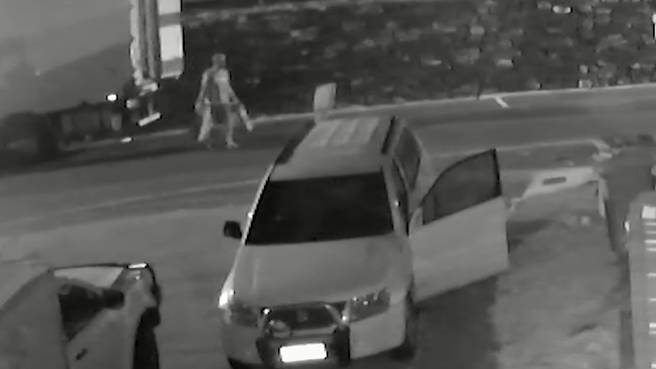 CAUGHT IN THE ACT: Police have charged one man, and investigators are appealing to locate two others involved in stealing meat from a truck, outside a butcher shop in Gympie last Thursday.

WATCH: Thieves have stolen $2500 worth of meat from a truck, parked outside a butcher shop in Gympie, last Thursday.

A man has been charged and Police are appealing for the two of his accomplices to come forward, after a large quantity of meat from a Gympie business was stolen last Thursday.

At around 2.34am on November 18, an unmarked refrigeration truck parked on Young Street near Smithfield Street across from the Gympie Meat Hall, had it's doors forced open and contents removed.

A trio seen coming from a white Suzuki Vitara with a silver nudge bar and one spotlight on the driver's side, removed a large quantity of meat, worth $2500, from the rear of the truck before driving off.

It is understood the truck belonged to a Biggenden meat processor, which regularly supplies the butcher shop with meat.

On Saturday, police executed a search warrant at a Noosa Road property in Gympie where they located one preparator and seized a quantity of meat stored there.

A 44-year-old Monkland man was charged with entering premises and wilful damage, as investigators appeal to locate two others involved.

He appeared in the Gympie Magistrates Court today as investigators appeal for information to identify two others seen removing the meat.

Meat recovered will be donated to the local RSPCA.

The story Butchers urged to be vigilant after $2500 worth of meat stolen at Gympie first appeared on Queensland Country Life.