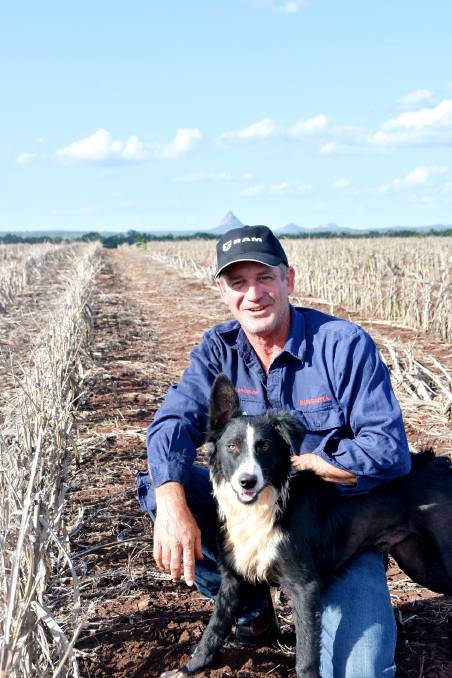 A miraculous rainfall event across central and southern Queensland has sparked a widespread cotton plant, with some growers putting in their first crop in years.

Following a prolonged dry period, early rain has caused quite the planting buzz, with some farming operations receiving three times their November rainfall average a fortnight ago.

The Swaffers look to plant cotton every year, but this is the first time in seven years that their 4500 hectare property has received early rain to have a profile.

"We're off to a very good start, because the country that we've just harvested only four weeks ago, has three-quarters of a profile already," Mr Swaffer said.

I look to plant cotton every year, but this is the first time in seven years that we've had this rain early enough to have a profile. - Brendon Swaffer

"The price for cotton is well above average, so it's going to be one of those years where if you just have an average yielding crop, it's still going to turn out to be good year. The general feel is everyone is a bit more excited than they were two weeks ago about growing something a bit different.

"Even my working men are excited about planting cotton this season. It's all been a bit mundane last few years just growing sorghum, wheat and chickpea. Although we've done all right out of it, it's just nice to throw the cotton into the mix." 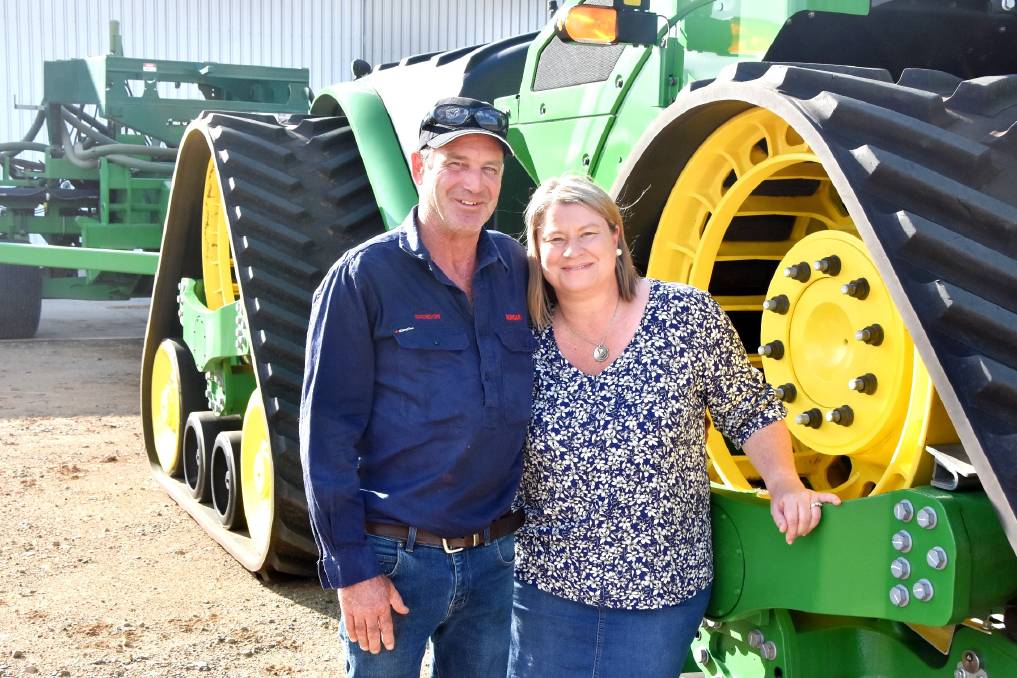 Brendon and Jody Swaffer, Bungarra, next to their DB80 24 row planter.

The past seasons have been pretty dry for the Swaffer family but they've been able to benefit from yielding wheat, sorghum and chickpea harvests.

Mr Swaffer said the growing requirements for cotton have changed since he last grew cotton in 2014.

"We grow on a double skip configuration, planting two rows a metre apart, and then miss two rows, so we have a three metre gap between the pairs of cotton rows. This is so we've got a bank of moisture for the cotton to draw on when it gets dry.

"The cotton picking process has changed as well and in the past we either got a contractor in with a round baler or we used our own pickers, the old conventional basket type.

"Whether we get them out of the shed and give them another go I don't know, but we usually need seven or eight people to harvest our cotton." 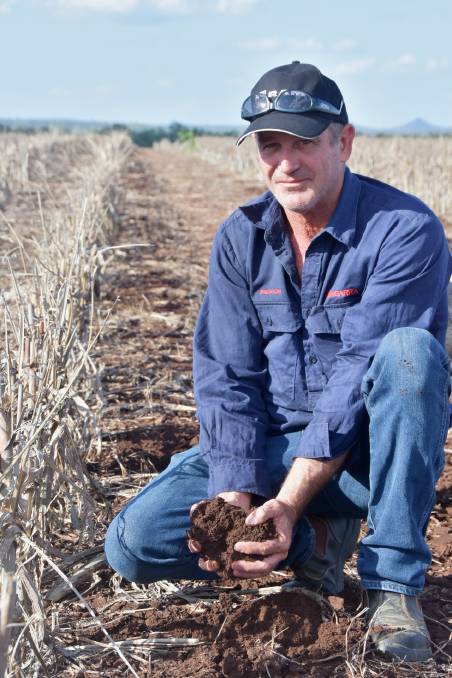 In previous harvests, Bungarra has been able to yield two and half bales of cotton to the hectare.

The Swaffers like to grow half summer crop and winter crop, but in recent years the rain hasn't come early enough to plant sorghum let alone cotton.

"You always start off with high hopes and we'll just see what that rain brings. I'm hoping because we're planning to plant a fair wedge of cotton this season, that we're probably going to be 65pc summer cropping and 35pc winter this year," he said.

"We'll be planting cotton seed in the next couple of days and I dare say that because we're planting at the end of November, we'll be harvesting around May or early June.

"I'm hoping our sorghum harvest doesn't clash with our cotton pick, but depending on when they get planted in January, it's probably going to be harvested around June."