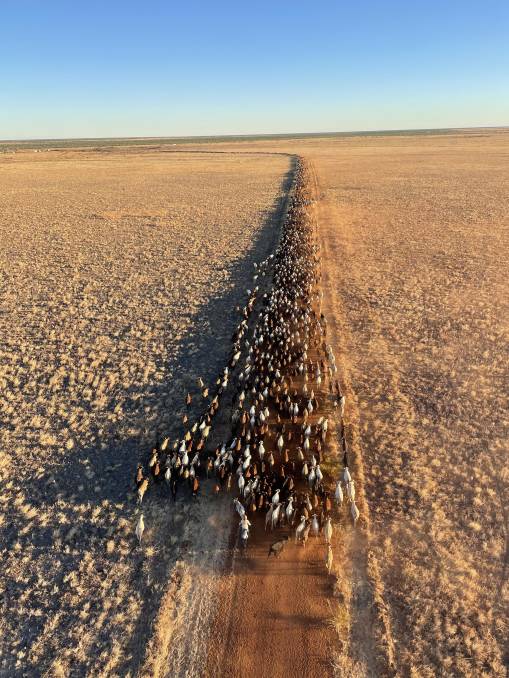 From flying over the Tanami Desert, to bull catching on the Barkly Tablelands, Josh Mackaway's job has been adventurous to say the least.

His role as a third year ag pilot with North Australian Helicopters has exposed him to some of the most remote and beautiful locations in Northern Australia.

Based at Anthony Lagoon, an AACO property 440km north-east of Tennant Creek, Josh has worked on properties all over the northern half of the NT, mustering mobs of up to 6000 head in size.

His day generally begins before daylight, and doesn't finish until the last beast is through the gate.

"You work with the ground crew to get all the cattle together, most of the time you go to a yard, sometimes we're just doing paddock moves," he said.

"But I love the lifestyle, I always seem to be in different spots with different people, and every night you generally sit down with the crew and talk about the day over a few beers."

Originally from a beef cattle property at Walcha, 90km east of Tamworth, NSW, Josh's interest in flying was sparked from a young age.

"We used to get helicopters in to spray and stuff and that's what got me interested in being a pilot," he said.

After working on multiple stations in the north to build his experience on the ground, Josh was able to combine his love for cattle and his passion for flying into one neat trade.

"If you want to be a mustering pilot you pretty well won't get a job unless you have ground experience working cattle, so I went and worked for AACO for three years at Brunette Downs, Tennant Creek and Montejinni Station," he said.

"Then I went and did my pilots licence in Townsville which took me just shy of four months [to complete] before heading to work for NAH."

Drawn to the bush lifestyle, Josh spent most of his first year flying at Coolibah Station, NT, where he recalls fond memories of incredible scenery, mustering and catching bulls.

"You learn quickly what works and what doesn't [with catching bulls]. Different areas and breeds of cattle all vary," he said.

"Ninety per cent of the time it's easy, although some of them will just stand underneath you like you're a ceiling fan and won't play the game."

While the views from above are spectacular, Josh believes experience mustering on foot is critical to gain your wings.

"If you're looking to get into it, make sure you do the years [working cattle] on the ground, it's hard work but it's worth it," he said.

"The whole Northern Territory cattle industry is just filled with good people, and are always a joy to be around."