Almost two fun-filled weeks of rolling on the Murray River and exploring the delights of this magnificent waterway is now a must do adventure for 2022.

A choice of two departures will ensure plenty of space for everyone with dates set for June 2-14, 2022 and August 4-16, 2022 for this tour that both starts and ends in Adelaide.

The first day the tour heads to Mannum via Hahndorf, Australia's oldest German town. The following morning there is time to explore historic Mannum. From here the group boards the PS Murray Princess for the trek upriver.

Mooring on night one is at Caurnamont with musical entertainment for the night owls included.

At daybreak there is an opportunity for keen photographers to head out and capture images of the prolific wildlife. Breaking up into small groups, discovery vessels allow for an exploration of the maze of the river and birdlife.

Later in the day the cruise passes Walker Flat on the way to Sugar Shack Conservation Park where food and wine produced is bountiful.

The next morning the Murray Princess passes through one of 13 locks maintaining the flow and level of the water. In the late afternoon the vessel is secured at Morgan where dinner is served and the talented crew provide entertainment.

On day five a coach transfers travellers to Waikerie and Banrock Station Winery for lunch and wine tastings. After a return coach to Morgan, re-board the Murray Princess to continue upriver. Next on the itinerary is Hogwash Bend and the picturesque Caudo Vineyard for lunch and more wine tastings. A guided tour of the town of Morgan fills the afternoon before the overnight moorage of Donald Flat Lagoon is reached.

After breakfast the next day the boat reaches beautiful Swan Reach. Swan Reach homestead is now the Swan Reach Hotel and the perfect spot for a beer or coffee overlooking the river.

Enjoy a walking tour of Swan Reach before cruising downriver to Sunnydale and the Woolshed Show.

Later an Aussie barbecue, cooked and served in a bush setting is on offer for dinner. After there are two optional, nocturnal, onshore tours to choose from.

The following day cruise past impressive cliffs scoured by the river for millions of years, before reaching Ngaut Ngaut Aboriginal Reserve, one of Australia's most significant archaeological sites.

See ancient rock carvings and learn about the area's Aboriginal history before heading to Younghusband for the night.

Heading back to Mannum the next day, the tour says goodbye to the PS Murray Princess. A coach takes the tour to Victor Harbour after a stop in Murray Bridge to visit the Roundhouse for lunch.

Next, catch a ride on the Cockle Train in Victor Harbor which still runs along the oldest steel railed railway in Australia. 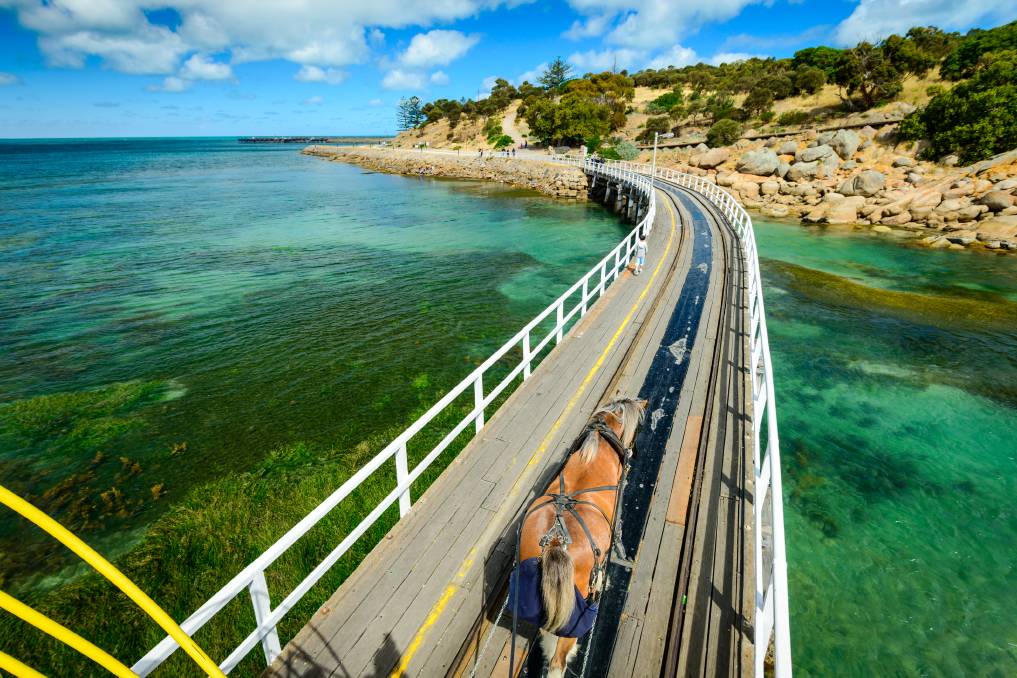 In the late 1800's locals would take the horse drawn train to Goolwa to collect cockles from the sandy beaches near the Murray mouth.

Climbing to the top of the coastal cliffs, the view from the train are some of the most picturesque coastal scenery on the Fleurieu Peninsula.

Heading back to Adelaide via McLaren Vale and a winery is a must as is a stop at the famous d'Arenberg Cube.

The last day is spent exploring Adelaide including the art gallery, museum, state library university and botanic garden and finished off with a farewell dinner.

The story A river round trip to Adelaide first appeared on Newcastle Herald.