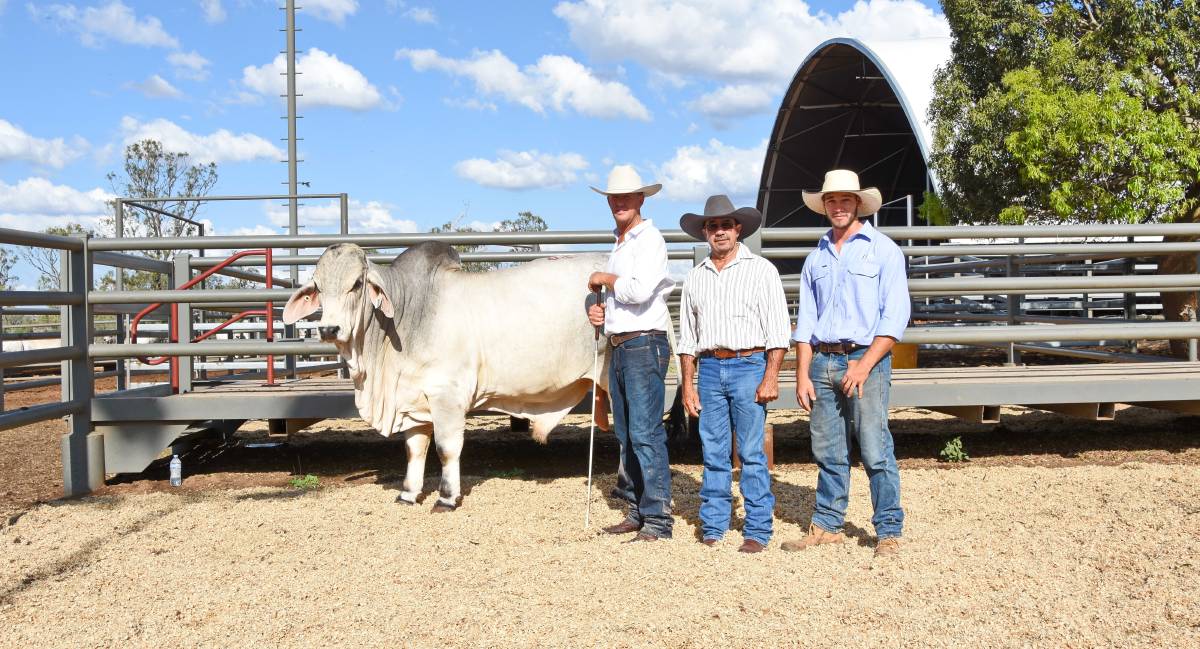 Australia's biggest single-vendor Brahman sale selection has once again left its mark on the beef industry, with unmistakable and unwavering demand seeing the NCC line-up gross $3.5 million on Tuesday.

From there, another six bulls joined company in the six-figure territory, with NCC Perry (IVF) being the headliner at $200,000.

The 21-month-old son of JDH Mr Mosley Manso (IMP US) and NCC Silhouette 3751 (IVF) was knocked down to Andrew and Anna McCamley, 2AM Brahmans, Dingo, after a fast-paced bidding war with underbidders, the Scott family, Ruan Grazing, Clermont.

'Extra length, strong bone and muscling combination that is equipped to breed well', the young sire prospect tipped the scales at 752 kilograms, measured 38 centimetres in the scrotum, and tested 70 per cent for semen motility.

He scanned 135 square centimetres at the eye muscle area, 13mm and 8mm, respectively, for P8 and rib fats, and 4.8pc for intramuscular fat. 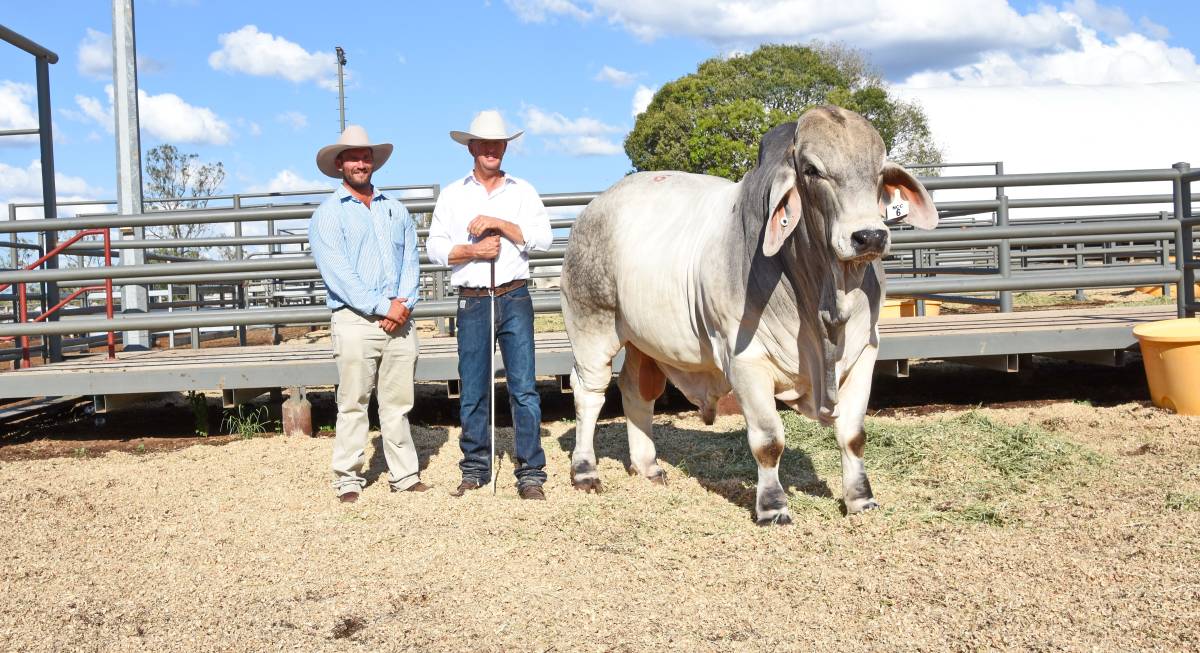 Perry wasn't the only big bidding that the Scott family did, having landed NCC Romano (IVF) with a $170,000 bid earlier in the catalogue.

Sired by NCC El Toro (IVF) and out of NCC Jardena 2290 (IVF), the 32-month-old weighed in at 926kg, measured 39cm in scrotal circumference, and tested 85pc for semen motility.

Also in that six-figure company were NCC Crockett, bought by the Bishop family, Garglen stud, Moura, and NCC Affleck (IVF), bought by the Jefferis family, Elrose stud, Theodore. They each were knocked down for $130,000.

And rounding out the cohort was NCC Lumley (IVF), bought by the Kirk family, Yenda stud, Gayndah, for $100,000.

The chance to nab a registered female from the NCC bloodlines also proved competitive, with all 47 leading ladies being accounted for at an average of $14,265 to gross $670,455.

Topping the female section of the catalogue at $42,000 was NCC Lady Ella 5420 (IVF), purchased by Luke and Cate Taylor, Clukan stud, Jambin.

"It's a humbling experience to have a crowd of people turn up on your property and show strong confidence in your program and what you're trying to achieve," he said.

Read the full report in next week's Queensland Country Life.