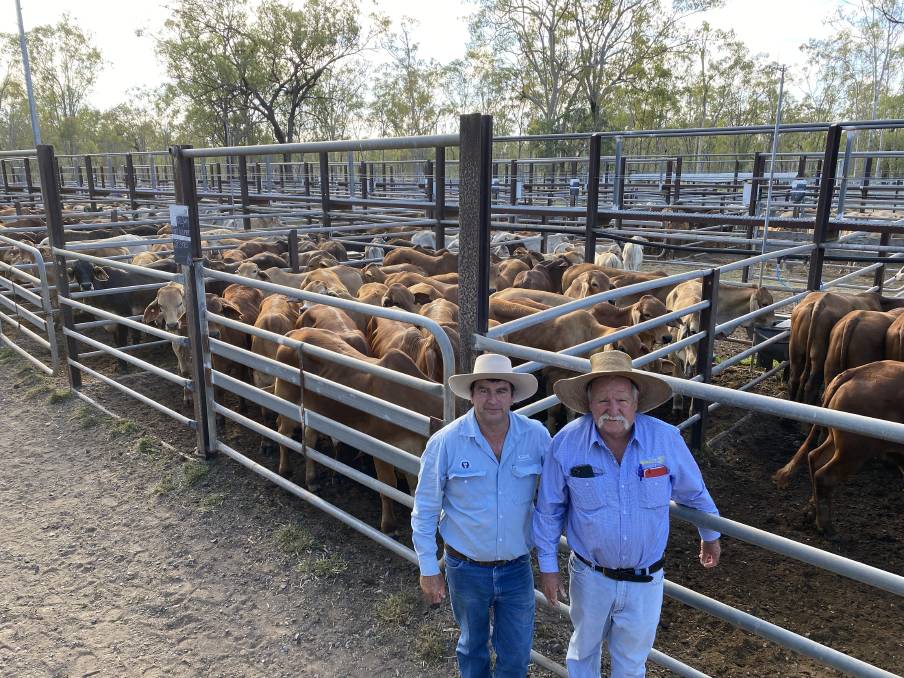 Buyers from as far south as Wandoan headed north to Nebo's Braeside Sale-yards last Friday to take advantage of the quality line of cattle on offer.

With cattle numbers up on the previous sale, a combined total of 775 head passed through the yards, featuring 410 steers, 230 heifers, 85 mickies, 35 cows, five bulls and 10 cows and calves.

Consignments came down from areas such as Gumlu and Bowen in the north, to a few coastal and local areas around Mt Coolon, Nebo and Sarina.

Peter Hayes from Hayes and Co said it was good to see a few new buyers make the trip north to support the sale this month.

"There were definitely a few new buyers at the sale as well, a few new guys from Emerald, Wandoan, south-east Queensland, Rockhampton and a few feedlots from central Queensland and the south burnett," he said.

"We were extremely happy with the sale, around Nebo at the moment the conditions are very dry and producers are needing rain very badly and so we were very happy with the increased buyers support which I believe made the sale."

Mr Hayes said the quality yarding of cattle offered through Friday's sale had piqued the interest of many re-stockers and feedlotters.

"It was a very good quality yarding of cattle," he said.

"Number one steers made 648 cents, which would be a record for the Nebo saleyards."

Cow and calf units returned an average of $1791 per unit.