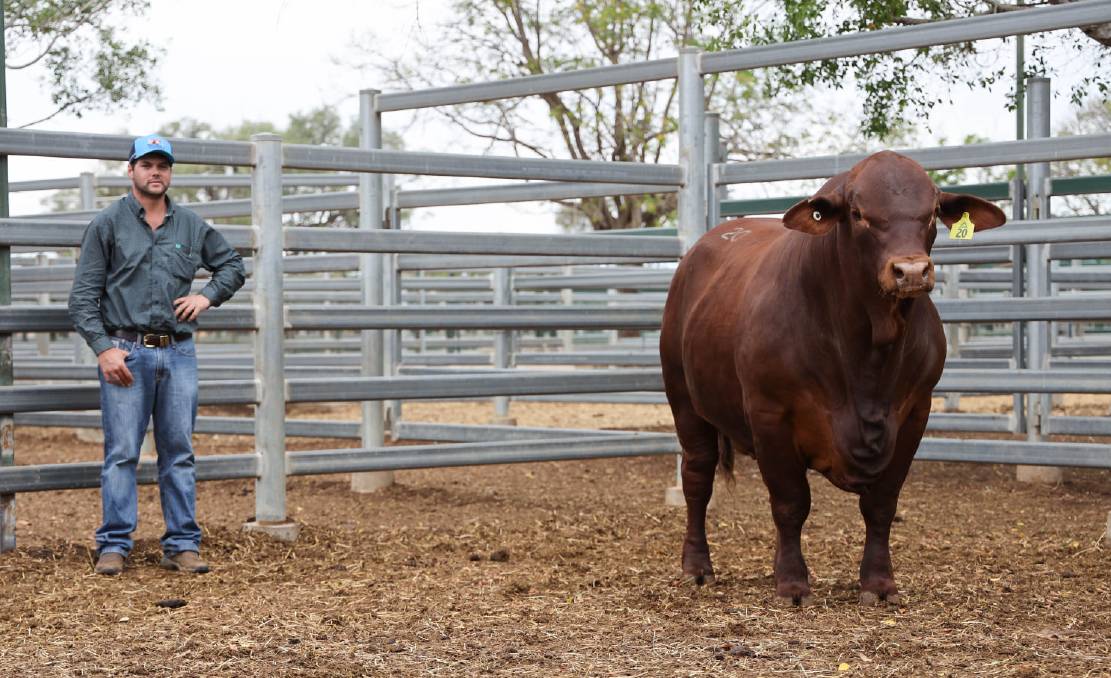 In total, 85 Droughtmaster bulls sold for a sale record average of $12,505 at Blackall.

Under cloudy skies at Blackall, a sale record result was achieved at the annual Artesian Droughtmaster Sale, where a Medway bull attracted the top bid of $32,500.

In total, six central Queensland-based studs sold 85 bulls, to represent a clearance rate of 100 per cent and strong average of $12,505.

Sired by Medway Alcala (P) and out of Medway 14264F (P), the 23-month-old sire prospect tipped the scales at 875 kilograms and measured 39 centimetres in scrotal circumference. 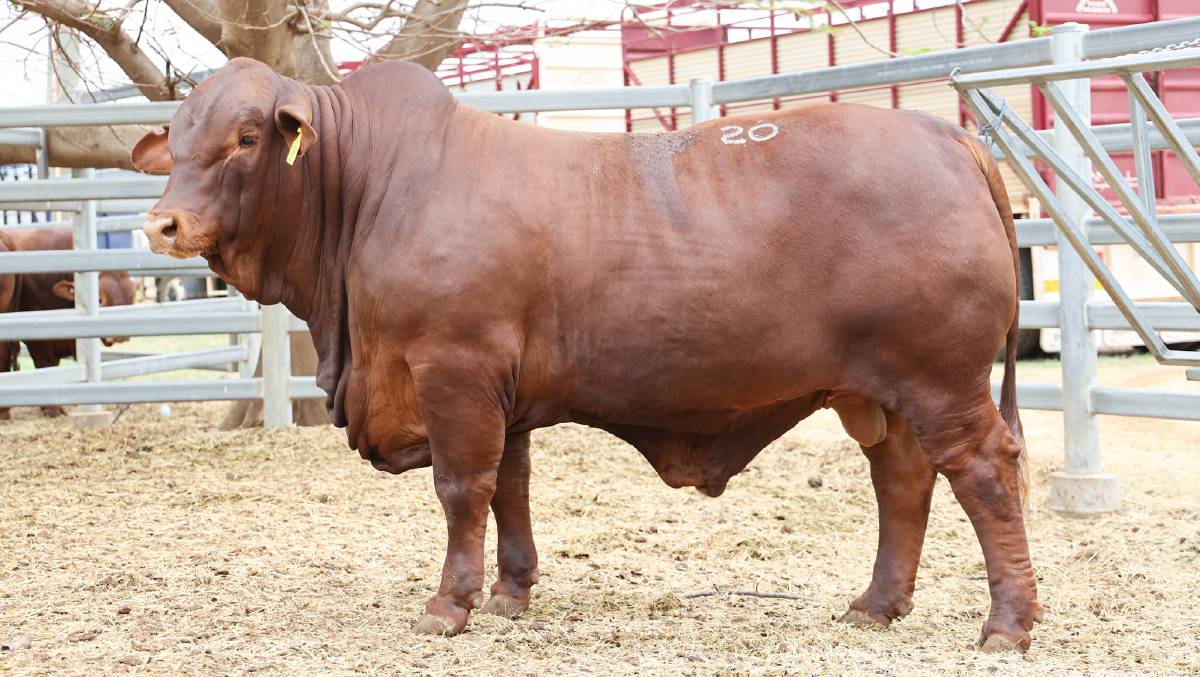 He scanned 135 square centimetres for eye muscle area and 11mm and 8mm, respectively, for P8 and rib fats.

"Dardanelles is a poll bull with tremendous volume through the quarter, with exceptional spring of rib and length of body," Mr Donaldson said.

"It's exciting to see him go to a quality herd of cattle at Waylanbar and he'll complement the Glenlands Utopia females that are ever consistent.

"The artesian sale continues to grow from strength to strength and we're proud to be involved, and present quality droughtmaster to the central west." 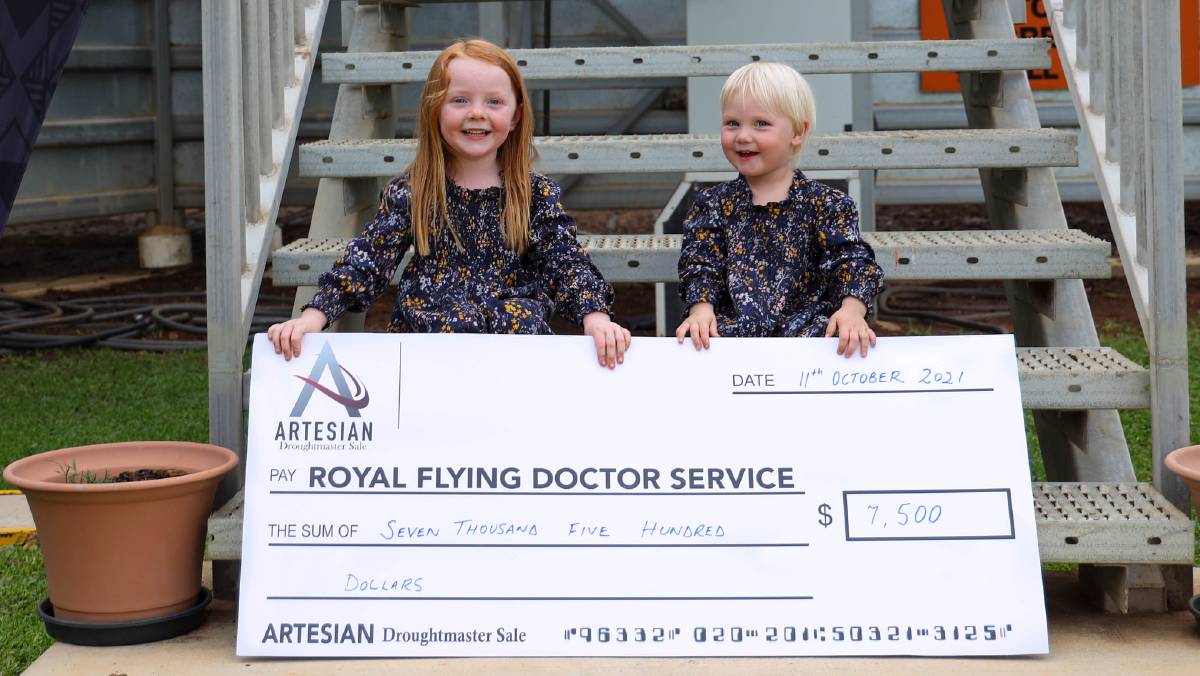 CHARITY SUCCESS: Mikeely and Ayla Donaldson of Medway Droughtmasters, with a cheque for $7,500, donated by the six vendors to the Royal Flying Doctor Service.

Unlike most sales, 10 per cent of the proceeds of a select bull from each vendor is donated to the Rural Flying Doctors Service, with vendors this year donating $7500 to the service.

In ten years of supporting the RDFS, the Artesian team have donated $33,850 to the not-for-profit organisation.