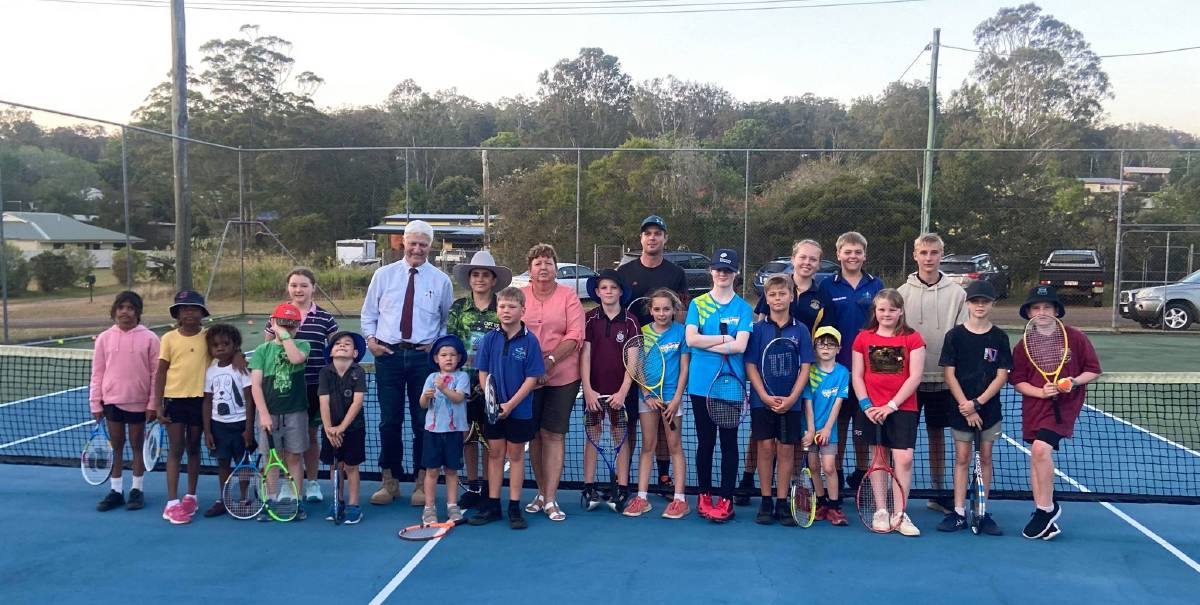 The project, valued at $15,567, will allow community members to utilise the facilities after hours at a time that suits them.

The future for the Ravenshoe Tennis Club is looking bright with the addition of new LED lights to increase facility use.

Look out Wimbledon - the Ravenshoe Tennis Club may become the birthplace of the next league of grand slam stars.

Kennedy MP Bob Katter was at the event to celebrate with the community and had the honour of turning on the lights for the first time in front of local junior players and their parents.

"This project will allow juniors and adults to play at night, avoiding the heat of the day, which can cause nasty skin cancers," Mr Katter said.

"The area has produced some great rugby league players including Dallas Johnson and Rod Jensen. I told local tennis coach Brock Collins that I hope he can produce some young grand slam tennis stars to match our league talent.

"Well done to all involved for securing the funding for the new lights at the tennis club, including councillor Annette Haydon."

Cr Haydon said the new lights would support and encourage community participation by allowing all age groups to find a time to play tennis.

"It will encourage locals to play tennis at night after work hours. This facility will function at night, making for a healthier and happier community," she said.

"This will inspire the locals to efficiently utilise the equipment and facility. It will also encourage younger children to come along with parents and learn to play a sport with family.

"The power savings will also enable the club to bring running costs down."

Cr Haydon thanked Mr Katter and said the new additions to the facility would draw people to the town and support local businesses.