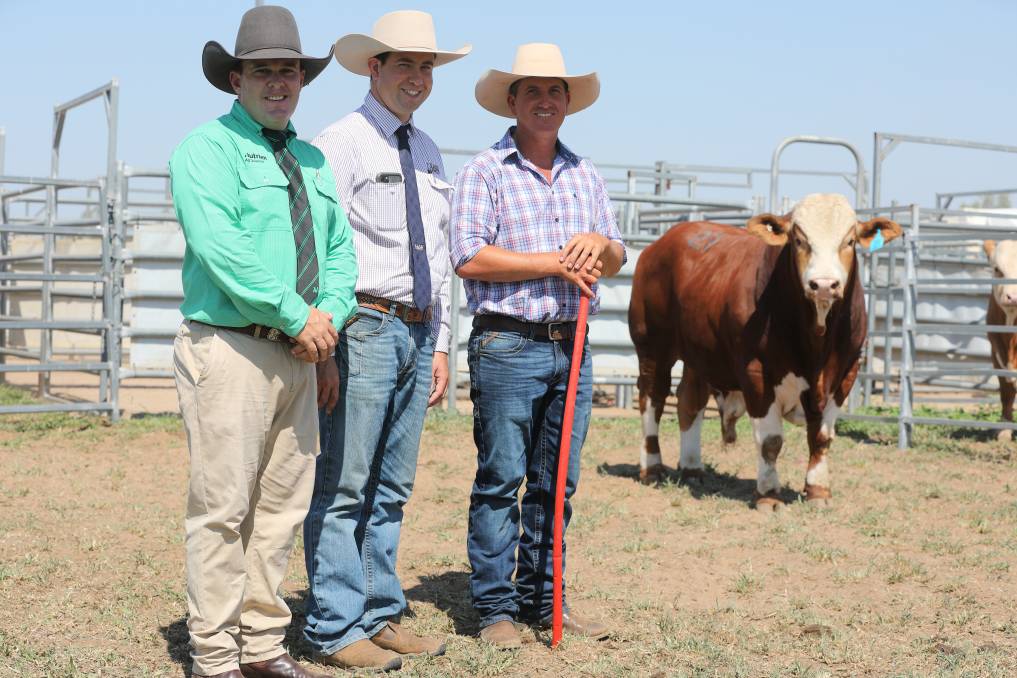 Vendors Wayne and Ingrid York witness a complete clearance for their 49 bulls.

Vendors Wayne and Ingrid York, Karragarra stud, Emerald, witnessed another complete clearance for their 49 bulls that topped at $28,000.

In the process, the sale posted a new breed record average of $15,878, an increase of $2931 per head over the previous record set at the inaugural sale in 2020.

Statistics revealed the 25 polled phenotypes posted slightly higher values than that of their dehorned counterparts, setting a $15,960 average.

Market topper at $28,000 was the 21-month-old Karragarra Queenslander.

The bull carried seven-eighth Simmental genetics and weighed 890kg, scanning 9mm and 7mm for fats and an EMA measurement of 130sq cm.

Adding strength to the market were CT Grazing, Cracow Station, Theodore, taking six for on average $9500.

Tim and Lynette Olive, Apis Creek, Marlborough, selected four for on average $17,750. These topped at $20,000 for one of the yearling bulls on offer.

Top of the Apis' selections was the $20,000 yearling, Karragarra Randy by the Beef 2015 Expo Interbreed champion, Meldon Park Major Player.

A sale feature, the eight yearlings within the offering set a great average of $16,375.

At 22 -months with a weight of 902kg and 144sq cm EMA, the bull sold to Mick and Talila York, Aelnova, Wallumbilla.

The Gleeson family, Fairview, Alpha, also returned taking two at $18,000 each. Another taking two at an average of $15,000 was the Warre family, St Anns Station, Charters Towers.

The Saunders family, Medway Park, Bogantungan, also purchased a pair to average them $16,000.