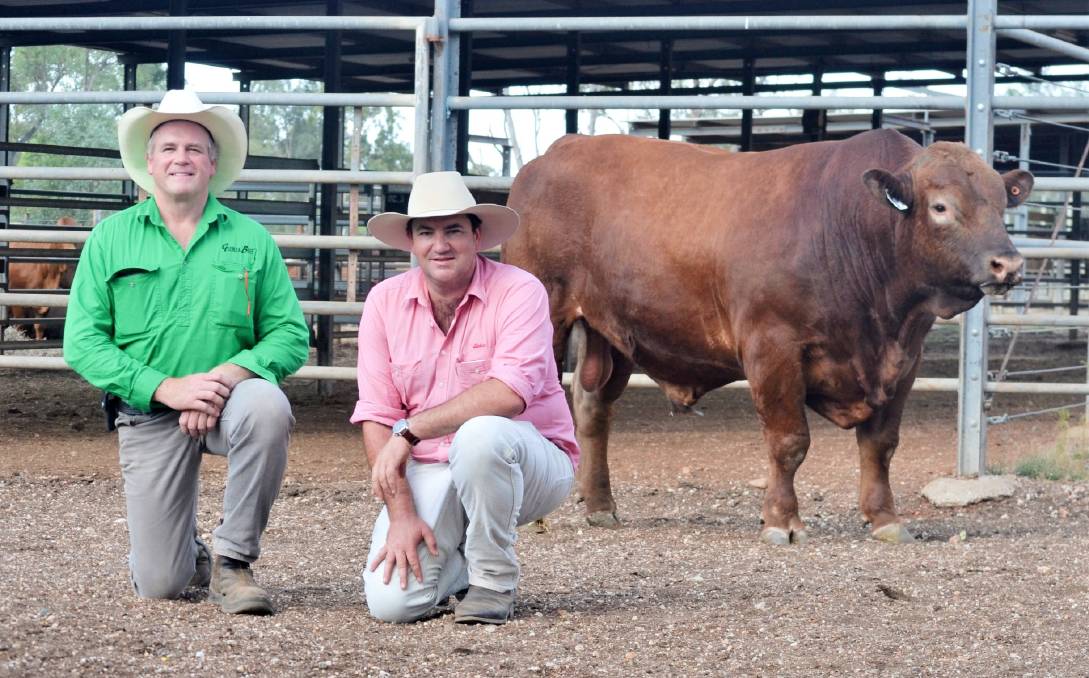 Glenlea Beef genetics attracted a top price of $21,000 at an online sale in Clermont last Friday.

Held under helmsman selling system, Glenlea Beef offered an impressive draft of 44 sires, with 40 selling for a 91 per cent clearance, and a solid average $8662. In a further breakdown of the sale, eight red factor polled Charolais bulls averaged $12,875.

"We're very happy with the sale result, as we continue to build our presence in the northern and central Queensland," Mr Binny said.

"We're an expanding stud operation and the most pleasing part of the sale at Clermont this year was that we doubled numbers from last year, and saw an increase in our average at the same time. 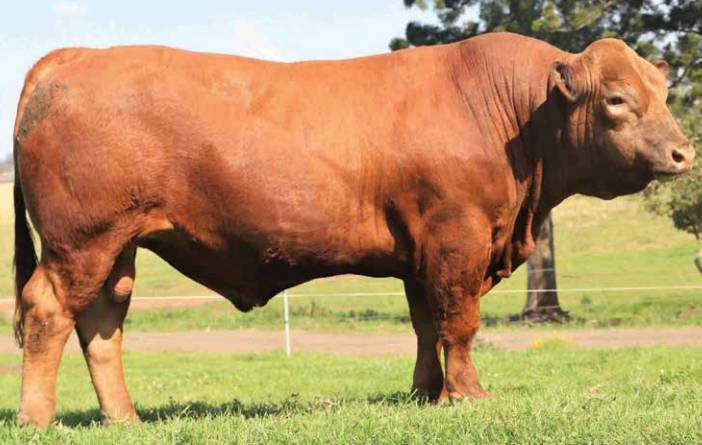 RED FACTOR: Top price bull Glenlea Lannister Q405 (P) (R/F) had the sire appeal, coat colour and growth figures to back him in the ring on the day. Photo supplied.

Boasting exceptional sire appeal and growth figures, his EBVs show all his growth traits, carcass weight and IMF place him in the top 1pc to 5pc of the breed with EMA top 15pc.

Mr Binny said he received a lot of interest for him in the lead up to sale.

"The top price bull is homozygous red which means that all his progeny will be apricot colour out of white cows and he'll go on to produce the red factor Charolais which are so popular," he said.

"He's out of one of our most established cow families in the herd, that's been prominent for over 40 years in our stud and he'll going into a stud in NSW that is moving towards breeding all red progeny out of white cows.

"While the bull has massive growth EBVs, he's not a big late maturing bull, he's a big volume early maturing medium frame bull, and all of those factors added together with his dark coat colour, make him very unique bull."

Tipping the scales at 1122 kilograms, the sire prospect recorded an eye muscle area of 158 square centimetres, 37cm for scrotal measurement and boasted fat scans at the rump and rib of 10mm and 6mm respectively, with an intramuscular fat of 4.4pc. 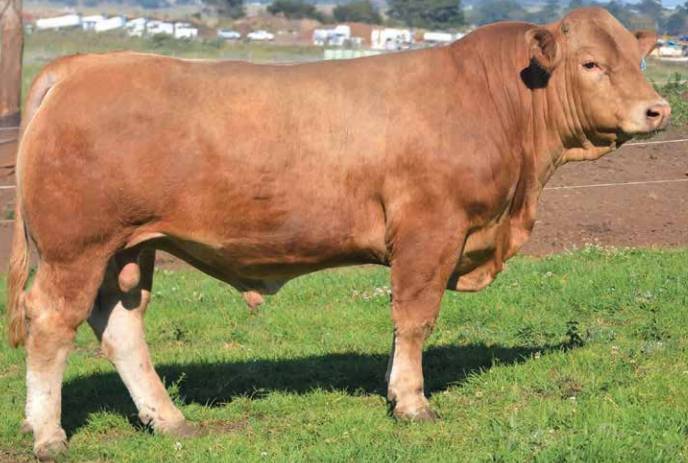 Attracting strong interest behind Glenlea Lannister was another red factor bull called Calmview Quickshift Q105E (AI) (P) (R/F), selling to G & B Gathercole Pty Ltd for $19,500. The 24-month-old sire weighed in at 890kg, with an EMA of 142sq cm and scrotal circumference of 36cm, rump and rib fat of 10mm and 6mm, and IMF of 3.1pc.

There were three volume buyers on the day, with Tungamah Farming, Hereward Station, Longreach, purchasing six bulls for an average of $9750.

The Gathercole family secured five bulls for an average of $9500 and Doongmabulla Pastoral Co, Frankfield, bought four bulls to average $6375.