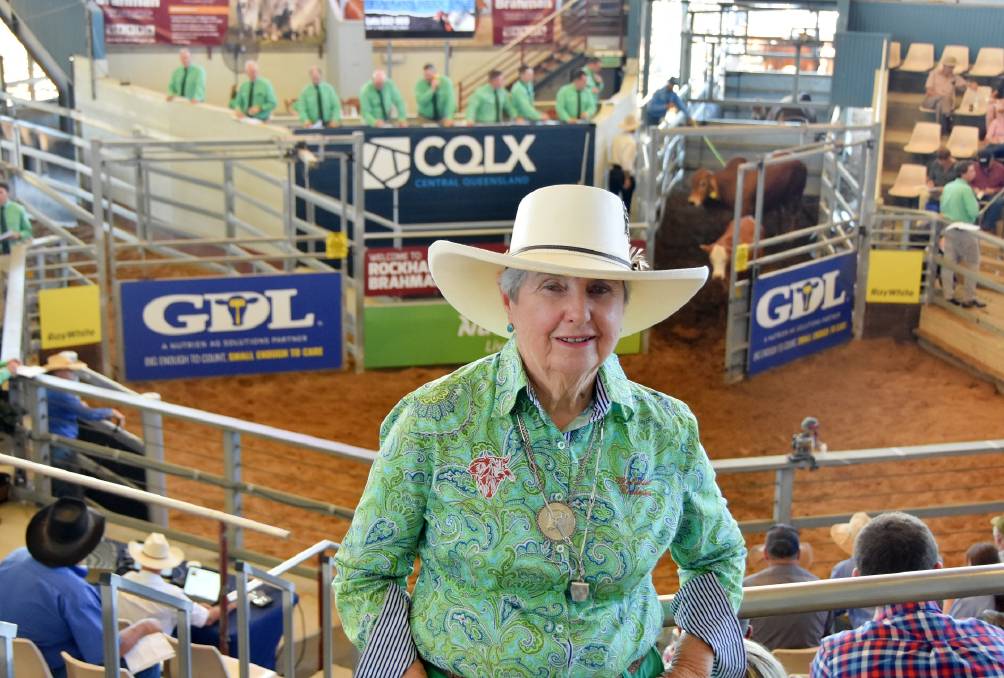 A passion for red Brahmans from an early age has rewarded a renowned stud breeder with her best sale result at Rockhampton Brahman Week Sale to date.

A passion for red Brahmans from an early age has rewarded a renowned stud breeder with her best sale result at Rockhampton Brahman Week Sale to date.

Known as one of the 'Women of Walla', Margaretta Morgan of Walubial Red Brahmans, Arubial, Condamine, has been selling bulls since the sale's inception.

"This was one of the best sale results I've had and I've been coming to this sale well before the Australian Brahman Breeders' Association took on the reins," Mrs Morgan said.

"This sale is a big highlight of the year for me and it's a big effort from all those involved to get the bulls all prepared well before the sale.

"I'm concentrating on breeding genetics, but I'll continue to sell four or six bulls at Rockhampton. You'd have to box me up first to stop me from coming to Brahman Week."

With the help from her two sons, Mrs Morgan runs around 50 red Brahman stud breeders, a Wagyu stud named Arubial and a 30,000 head feedlot outside of Condamine.

She is the eldest of four sisters and second child of Hugh and Phyllis Innes.

Related Reading: Cattlemen in Pearls pays tribute to women in the beef industry

Originally a Hereford breeder, years of drought and ticks forced her father to convert to a red Brahmans stud in 1949, with Walla Brahmans being stud number four.

Her father bought her first red Brahman bull as a wedding gift to her and her late husband Mathuen back in 1964.

"My stud was first registered in 1965 just after I was married. My husband gave me 20 Shorthorn cows and my father gave me a red Brahman bull and a grey Brahman cow for my wedding present. She later had twin heifer calves and that was the start of my stud herd," she said.

"Mathuen and I were one of the many few who started the first feedlot in 1972, and we started by feeding the first pen with a wheelbarrow and a bucket."