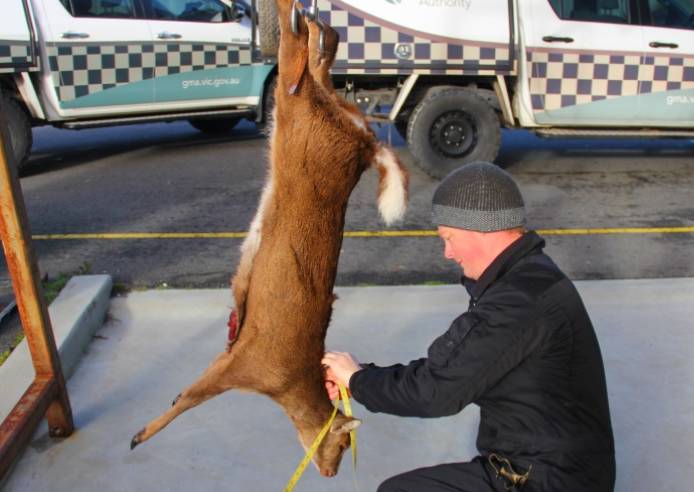 Fewer deer are being hunted in Victoria despite the alarming rise in their numbers.

Fewer deer are being hunted in Victoria despite the alarming rise in their numbers.

Some believe deer and other pest animals have benefitted big time from pandemic travel restrictions.

The latest research into deer hunting in Victoria shows a big drop in the number of deer harvested throughout 2020.

The growing impacts of feral deer are said to be one of eastern Australia's worst pest animal issues.

Sambar Deer was the most harvested species with an estimated total harvest of 50,635 deer, of which 56pc were female.

Fallow Deer was the second most harvested species, with an estimated harvest of 11,372 deer, of which 73pc were female.

The number of licenced recreational deer hunters peaked at 41,056 by the end of the year.

The most popular hunting areas were around the towns of Mansfield, Bright, Jamieson, Omeo and Bairnsdale.

The highest number of deer harvested were around the towns of Mansfield, Kinglake Central, Omeo, Myrtleford and Warragul.

GMA chief executive officer Graeme Ford said the decrease in deer harvest numbers are a result of fewer active hunters in the field during the 2020 deer hunting season.

"Restrictions on recreational activity throughout the year has likely led to the significant reduction in hunter activity and the estimated number of deer harvested." Mr Ford said.

"The report shows that while the number of deer harvested and days spent hunting in the field had reduced substantially, hunter efficiency remained consistent with previous years."

"Information about the number of deer harvested by recreational hunters helps to inform decisions about deer management and the management of hunting on public and private land in Victoria."