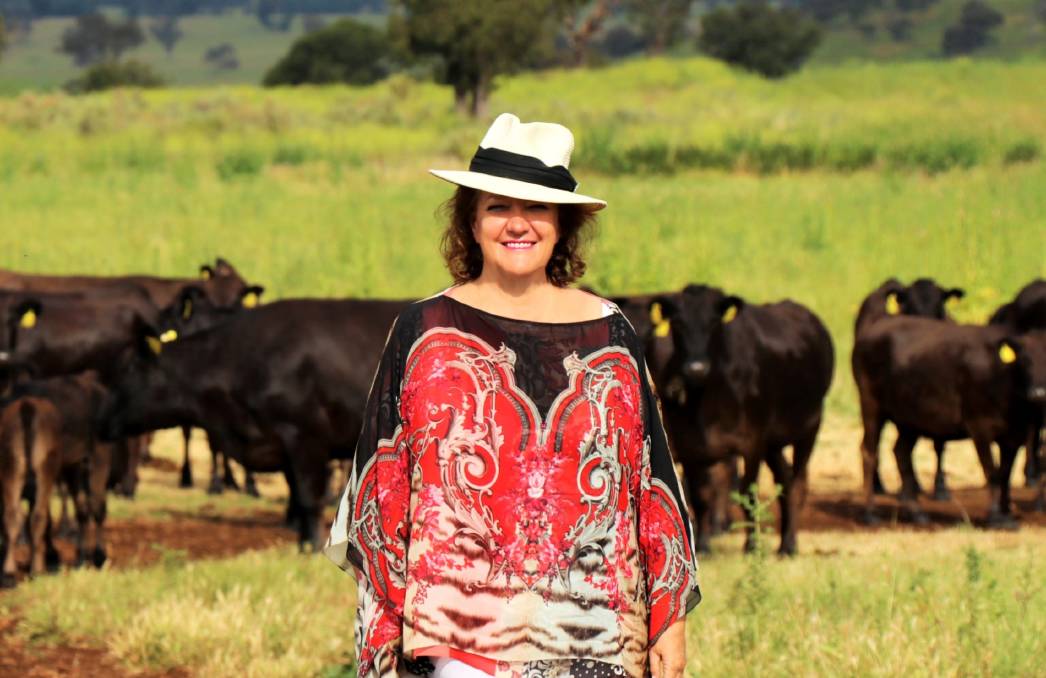 Mining magnate Gina Rinehart will remain Australia's biggest landowner even after the sale of the cattle stations across northern Australia.

The first sales from Gina Rinehart's massive cattle station sell-off in the north have been made.

The first sales from Gina Rinehart's massive cattle station sell-off in the north have been made.

Two big Western Australian stations are the first to be sold, stretching across almost a million hectares of the Kimberley.

Australia's biggest property owner Ms Rinehart is selling almost two million hectares of her holdings in a breath-taking move to dispose of many of her stations across northern Australia.

These first sales are believed to have been made to Australian interests, which will relieve fears the giant land offering would be snapped up in one swoop by overseas buyers.

Seven big stations in WA and the Northern Territory covering some 1.876 million hectares are on the market in what is believed the biggest single agricultural portfolio ever to be offered up in Australia.

The Elders' listings of Nerrima Station (203,142ha) and Ruby Plains have changed to reflect they are now both under contract.

Ruby Plains was offered with Sturt Creek taking in 796,134ha in total - they have been operated as a single station.

This massive sale does not end Ms Rinehart's pastoral ambitions, nor her title as the nation's biggest landowner.

Australia's richest person bought into the Kimberley's Nerrima in 2014.

Ruby Plains, also in the Kimberley, is owned by S. Kidman & Co, a joint venture between Shanghai CRED, with Hancock Prospecting the majority owner.

Sturt Creek is the outstation of Ruby Plains. 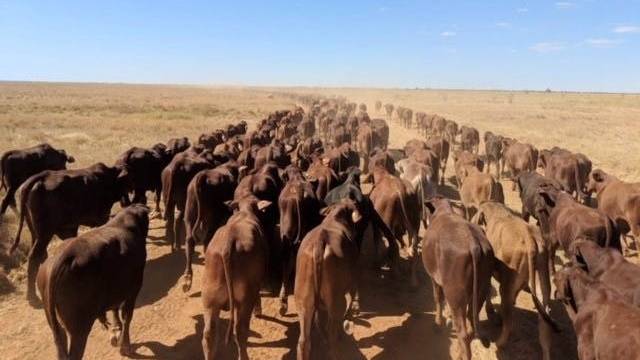 There are media reports Nerrima was sold to Johnathan Emanuel for $30 million. Emanuel's are a well known name as pioneers of the cattle industry in the Kimberley.

Ruby Plains is said to have been bought by Alice Springs businessman, horse trainer and station owner Viv Oldfield.

In 2016, Mr Oldfield joined Tom Brinkworth, Sterling Buntine and Malcolm Harris to bid for the S. Kidman and Co properties which were later bought by Gina Rinehart in a joint venture with Shanghai CRED, with Hancock Prospecting the majority owner.

Ms Rinehart, through Hancock Agriculture, owns more than 30 properties in its portfolio and is the second largest producer of beef in Australia.

These stations are being sold walk-in walk-out with 108,500 of cattle.

Elders Ltd has been appointed by Hancock Agriculture and its S. Kidman and Co. joint venture partner in this giant land sale. 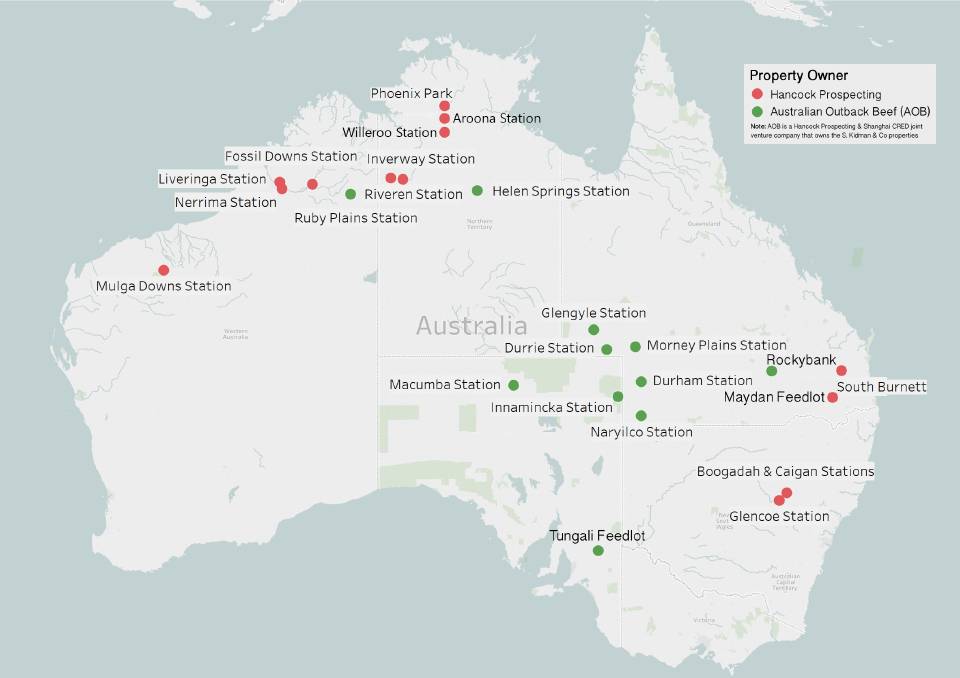 Gina Rinehart's pastoral empire in northern Australia is being consolidated. She bought up big in only a few years. Graphic: Hancock Prospecting.

The portfolio for sale also includes export-orientated Phoenix Park, a strategically located feeding, depot and farming operation located near Katherine in the Territory which has the capacity to turn off up to 45,000 head of cattle per annum.

Pastoral conditions on the properties have rarely been better with a decent wet season this year, especially in the Top End.

Hancock Agriculture intends to retain and grow its remaining operations in Queensland, South Australia, NSW and the NT.