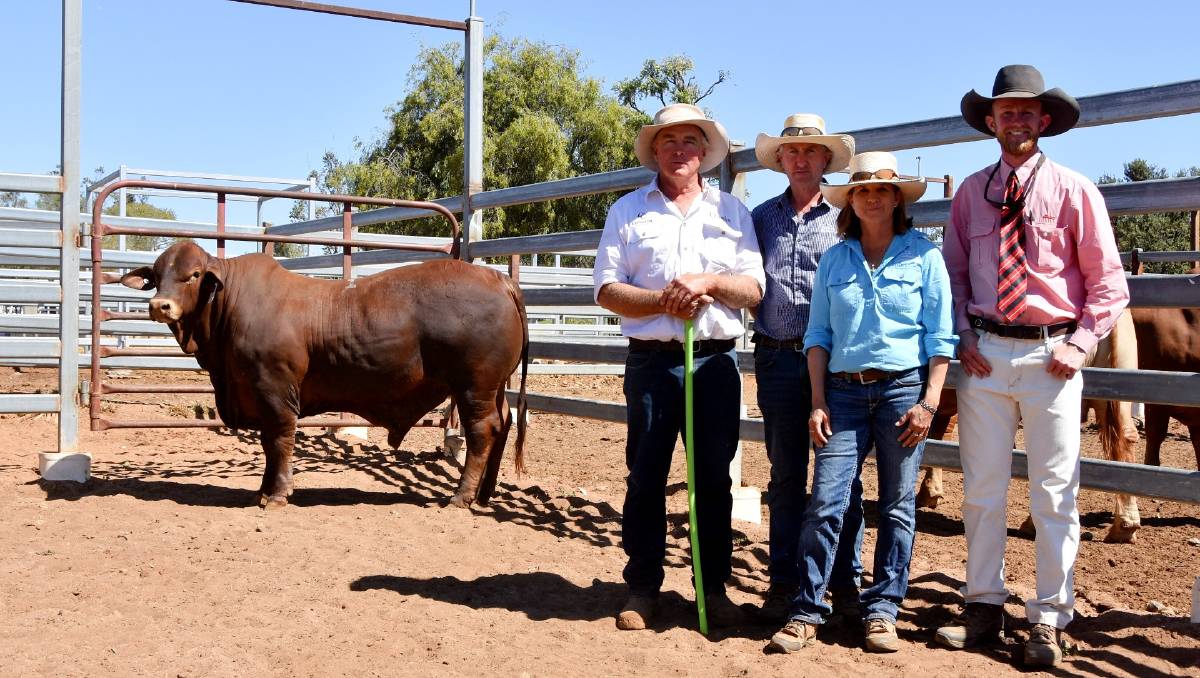 The multi-vendor bull sale celebrated the milestone of its inaugural sale with a strong average of $11,365.

The Carnarvon Classic Droughtmaster multi-vendor bull sale celebrated the milestone of its inaugural sale in style by achieving a top price of $34,000 in Rolleston on Tuesday.

The sale was the first at Jeff and Alex York's new selling complex at the Rolleston saleyards.

The bulls offered on behalf of the five Central Queensland-based vendors were of top quality and their growth figures didn't disappoint.

The sale started strong with the first lot of the day, Oasis Nebo (P), selling for the $34,000 top price to Peter and Sonia Fleming, Bundy Droughtmasters, Bundaberg. 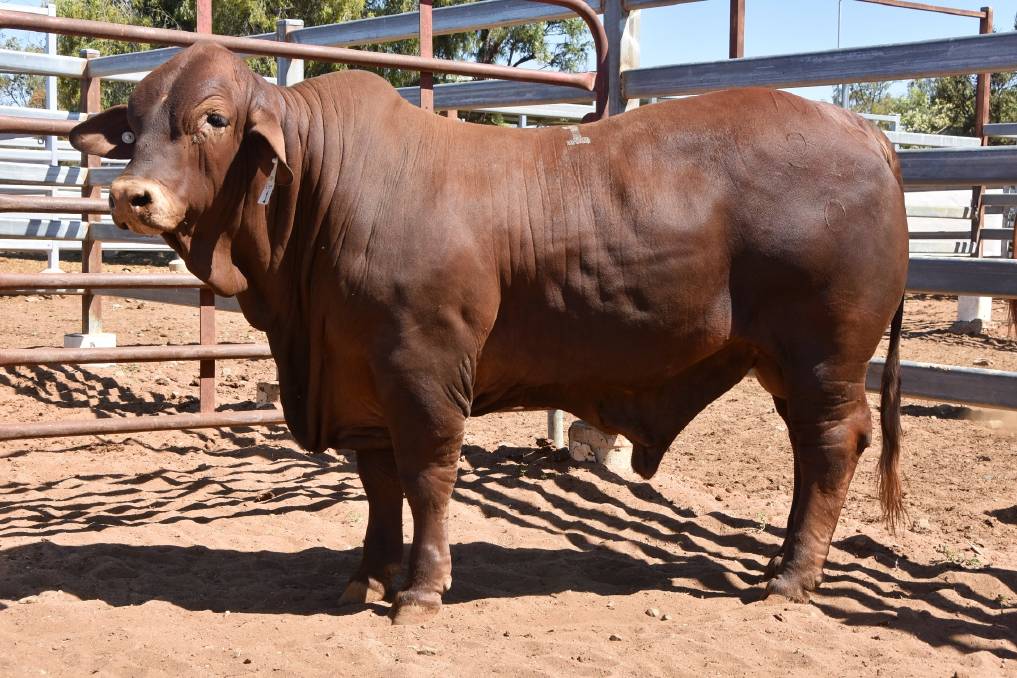 Top shelf: Oasis Nebo (P) had the growth firgues and the sire appeal to back him in the sale ring.

The sire-prospect was also recorded with an 12 millimetre of fat at the P8, 9mm of fat at the rib, and 4.4 per cent of intramuscular fat.

Oasis Nebo will be immediately relocated to Bundy Droughtmasters, where he will be put straight into the paddock with the Bundy herd.

There were two equal second-top price bulls on the day, with Calco Encore (P) the first to sell for $20,000 to Riverside Pastoral Co, Nebo.

By Medway Xpertes (P) and out of Alma Wanda (P), the 23-month-old tipped the scales at 919kg and scanned 141sq cm for EMA, measured 42cm in scrotal circumference and tested 80pc for sperm motility. The sire-prospect had P8 and rib fat depths of 11mm and 8mm respectively, and an intramuscular fat percentage of 5.5. 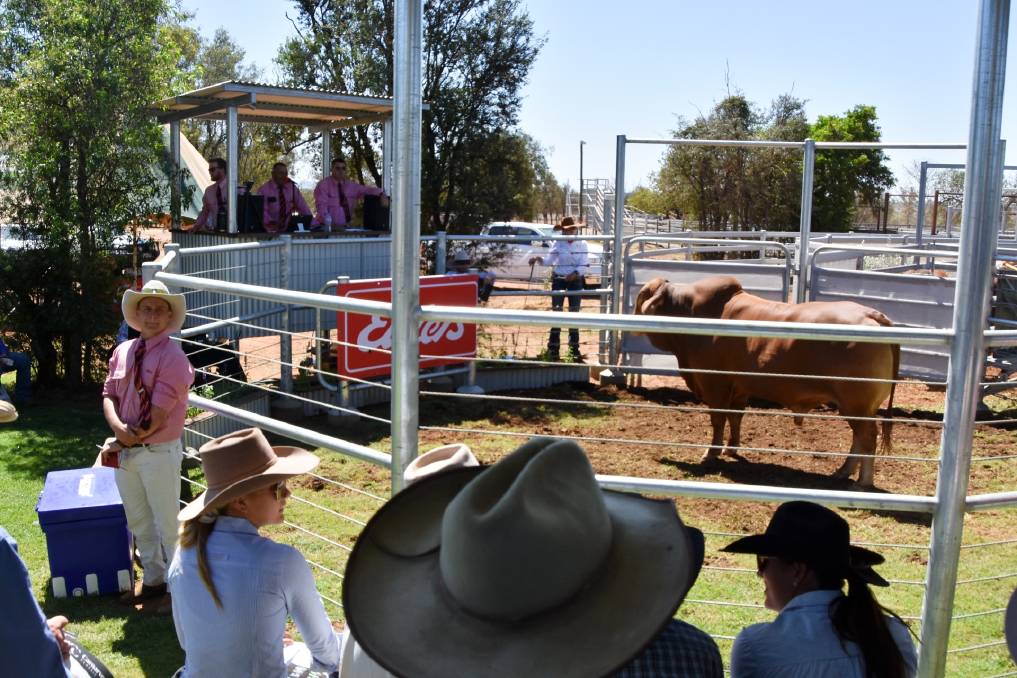 The other equal second-top price bull was Huntly Brag (H), which sold to the Godwin Cattle Co, Springsure, for $20,000.

Sired by Huntly Stable (P) and out of Huntly 1067 (P), Brag was backed by impressive figures at 20-months-old, boasting a weight of 788kg with an EMA of 143cm. He had P8 and rib fat depths of 14mm and 12mm respectively, and an intramuscular fat percentage of 3.8.

The Bradford family, Arcturus Downs, Springsure, purchased four bulls for an average of $7500, while the Bishop family also bought four to average $8250.

"On account of the vendors, they put a tremendous run of bulls up and it was well supported by the local studs and commercial operations," Mr Kinbacher said.

"We had bulls sell locally here in Rolleston, Springsure, Alpha, Alpha and even south to Bundaberg."

Hastings and Sandra Donaldson and family, Medway Droughtmasters, Bogantungan, sold nine bulls to top at $15,000 with an average of $8800.

Wayne and Ingrid York, Karragarra Droughtmasters, Emerald, sold nine bulls to a top of $17,000 and averaged $6778.

Want daily news highlights delivered to your inbox? Sign up to the Queensland Country Life newsletter below