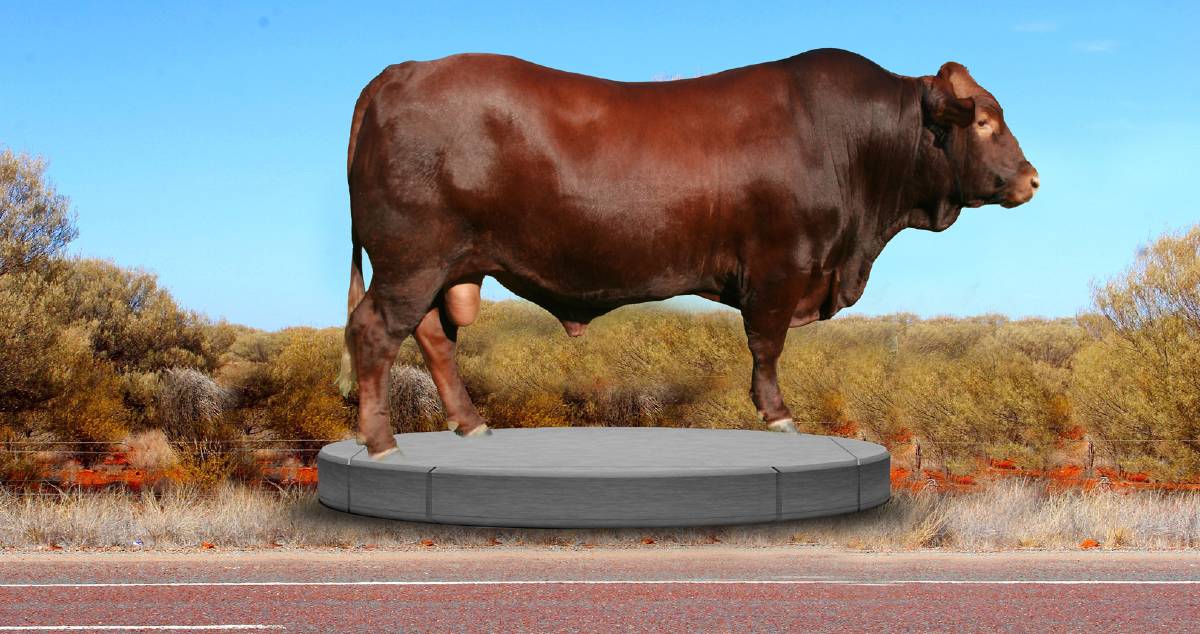 Welcome to Rocky: An artist's impression of what a Belmont Red bull statue could look like to visitors arriving to Rockhampton from the north, near the Belmont Research Station.

Calls for Belmont Red breed to be officially recognised with a statue in Rockhampton.

IF you've ever visited Rockhampton, it wouldn't have taken long to realise why the city is known as the 'Beef Capital of Australia', with six life-size bull statues greeting visitors into the region.

However, there are now calls for another Australian-grown cattle breed, which holds historical value to the Rockhampton region, to be officially recognized with a statue.

The Belmont Red breed society believes it's now time a bull statue of their own is planted in the town in which the breed was conceived, more than 60 years ago.

The breed was scientifically developed at the CSIRO Belmont Research Station in the early 1960s as a composite breed using Africander (African Sanga) and Hereford-Shorthorn.

A breed that was originally rejected by the traditional cattle industry in 1968, Belmont Red's breed society president and breeder Jeanne Seifert believes the statue would be a great focal point for people visiting the city, as well as special nod to the contribution that the CSIRO and scientists' made at the time.

"The Belmont Red is one of the first cattle breeds developed in Australia and rigorously tested for all of the traits of economic importance for Northern Australia," Mrs Seifert said.

"CSIRO Rockhampton was really a leader in that space at the time and they were charged with finding an animal, adapted to the harsh Australian conditions.

"It's a long time coming for a Belmont Red statue. It should have been a mascot for Rockhampton and a nod of respect to the CSIRO and the scientists who developed it."