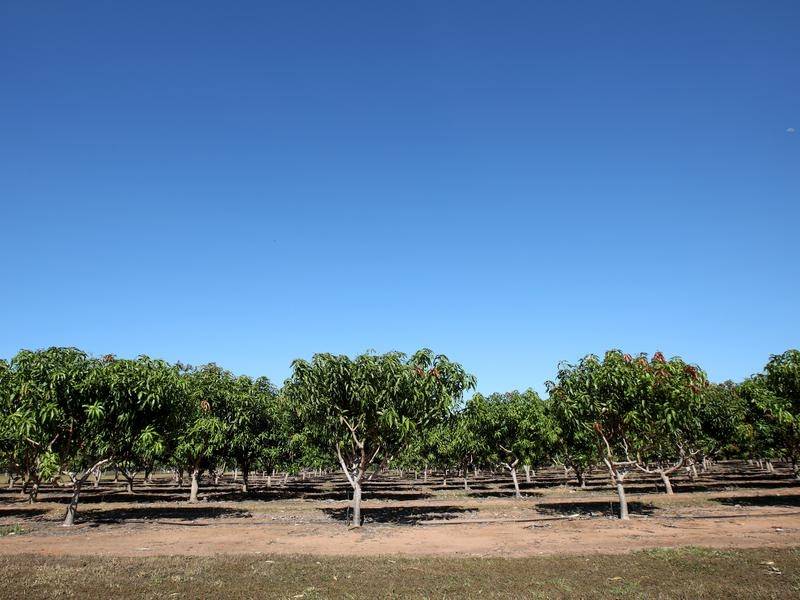 The NT will trial new methods of growing tropical fruit that are more resistant to extreme weather.

Top End farmers are investigating new ways of growing tropical fruit in a bid to cyclone-proof the northern food bowl.

Top End farmers are investigating new ways of growing tropical fruit in a bid to cyclone-proof the northern food bowl.

The damage inflicted by extreme weather has stopped the sector from reaching its full economic potential, Minister for Northern Australia David Littleproud told reporters on Thursday.

A collaborative $2.7 million project will trial high-density and trellis planting at local mango producer Manbulloo in Katherine, about 300km south of Darwin.

The emerging jackfruit industry will also be trialled in a bid to further grow the $445 million agribusiness contributes annually to the NT economy.

"This project will provide diversification options for horticultural producers across the north," Mr Littleproud said.

"It will also give them the confidence to invest in new production systems which boost crop productivity and reduce their risks associated with tropical cyclones."

Tree survival during cyclones and the impact of weather events will also be documented.

Overall, the project aims to demonstrate to growers the benefits of the next-generation resilient orchard production system, which can be fine-tuned to different tropical species depending on the specific crop and location.

The three-year project is funded as part of the federal government's Cooperative Research Centre for Developing Northern Australia project.

It will be undertaken in collaboration with the NT, Queensland and West Australian governments, Manbulloo Limited, Zappala Tropicals, the NT Farmers Association and Growcom.